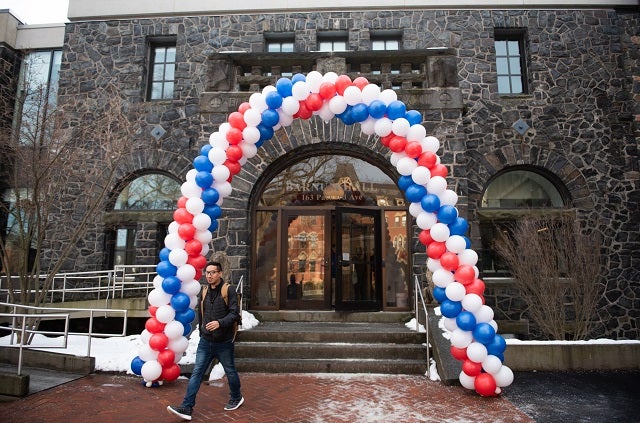 cSPA will conduct detailed, independent analyses of current legislative issues and ballot questions in Massachusetts and will widely share this research with the public. The Center aims to partner with experts at Tufts University and beyond to provide real-time analysis that informs legislative debates and helps voters better understand the stakes of ballot initiatives.

“With a history of policy leadership, and facing gridlock in Washington, Massachusetts has the opportunity to take the lead on issues like climate justice, transportation investment and healthcare,” said Alan Solomont, ambassador (ret.) and dean of the Tisch College of Civic Life. “Given our mission to study and strengthen civic life, and to promote the power of people and communities to bring about change, Tisch College is proud to host and support this nonpartisan center that can help lawmakers and citizens better understand policy issues and identify solutions.”

Working with academics and policy experts at Tufts and beyond, cSPA will produce leading research on key issues in Massachusetts political and civic life, including assessments of the economic, environmental, geographic, budgetary and equity implications of pending legislation and ballot initiatives.

“Having spent time in academia, at think tanks, and in journalism, I think there’s a real opportunity to start bridging these worlds—producing relevant, rigorous, readable research on a timeframe that works for policymakers,” said Horowitz. “Massachusetts is the perfect place to begin. The commonwealth has the richest collection of academic expertise in the world and a long history of pushing the bounds on policy innovation, from 17th-century public schools to 21st-century healthcare reform.”

In the coming months, cSPA plans to release: