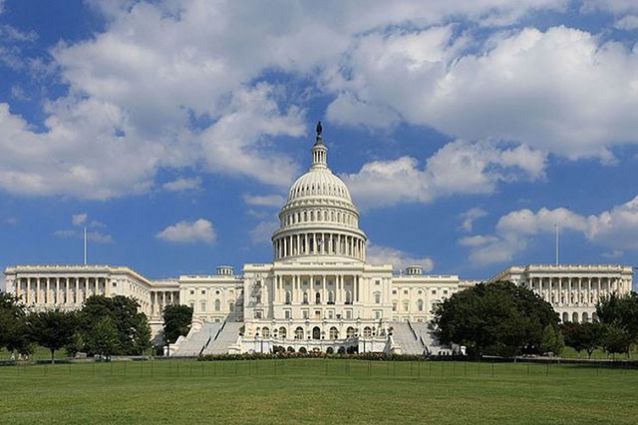 When you think about someone working in public service, you may picture a City Hall employee, a public-school teacher, or a police officer. What about a veterinarian?

While it may not be intuitive, it’s critically important to have veterinarians working in public service, said Cummings School of Veterinary Medicine alums Matthew Ferreira, V14, and Deborah Thomson, V12.

And that’s not just lip service to their profession. Ferreira and Thomson both are spending this year in government fellowships in Washington, D.C. Ferreira is at the Department of State as an American Association for the Advancement of Science (AAAS) Science & Technology Policy Fellow, and Thomson is the American Veterinary Medical Association Congressional Science and Engineering Policy Fellow on Capitol Hill.

As veterinarians, both bring their expertise to One Health discussions across government. A collaborative and interdisciplinary approach to the health of humans, animals, and the environment, One Health incorporates expertise from various fields, such as medicine, environmental sciences, public health, engineering, economics, and sociology.

Various agencies and departments across the government—think Department of Defense, Health and Human Services, and Centers for Disease Control and Prevention (CDC)—have people working on news-worthy issues such as emerging infectious diseases and crisis response. A big part of what Ferreira does in his fellowship is interagency coordination, to make sure there’s a unified response when an emergency, disaster, or crisis happens. 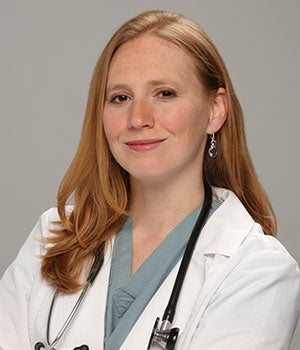 “I think veterinarians are naturally a lot more comfortable with the concept of One Health than other people," said Deborah Thomson, V12.

Thomson said veterinarians are best suited for this kind of task. “I think veterinarians are naturally a lot more comfortable with the concept of One Health than other people. We’re trained to work with multiple species and consider their living environment when getting a patient’s history for the medical record—and that includes knowing who is in the household,” she said. “We have to, of course, include the human aspect because we need to communicate effectively with our clients in order to provide the best possible care for our patients and understand the whole picture.”

Her fellowship year focuses on animal health and welfare, public health, global health, environmental health, climate change, and disaster preparedness and response. She drafts bills, resolutions, and letters to government agencies and private organizations as well as meets with constituents and stakeholders.

Many Emerging Diseases Are Zoonotic

A One Health approach is essential to study and solve zoonotic diseases, which are spread between people and animals. Some zoonotic diseases are transmitted from animals to humans via a biting parasite, such as Lyme disease and malaria being transmitted by ticks and mosquitos, respectively. Some involve the transfer of harmful bacteria or parasites from animals to humans via contaminated food or water, such as with salmonella or schistosomiasis. And other zoonotic diseases are caused by viruses, such as rabies or COVID-19—the current international outbreak sparked by a novel coronavirus that appears to have spilled over from wildlife to people in China.

“Environmental destruction and climate change make it easier for zoonotic diseases to be passed between animals and humans because there is more opportunity of human- animal interaction when an animal’s habitat gets destroyed,” said Thomson. 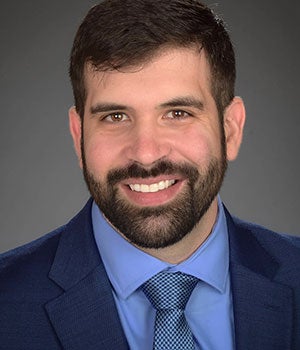 “If you turn on the news on any given day, that’s probably what we’re working out in the office,” said Matthew Ferreira, V14.

“To tackle a problem like zoonotic transmission of diseases, it’s important for inter-professional teams to work together for a more holistic understanding of what’s going on with these diseases and the environments where they’re happening,” said Ferreira. “To have a firm grasp of the right response, you need a full understanding of all the players involved, which means humans, animals, the environment, and other vectors like fleas and ticks.”

A Passion for Animals

Ferreira wanted to be a veterinarian since he was five years old. During his first year at Cummings School, a guest lecture by an Army veteran who helped build veterinary capacity in Afghanistan opened a whole world of possibilities for Ferreira.

“Ever since then, the idea of using the education that comes with veterinary school in a more nontraditional way than practicing medicine day in and day out really appealed to me,” he said.

It’s fair to say that his fellowship at the State Department has allowed him to put that idea into practice. “Part of what our office does is help embassies and consulates with any evacuations that may need to happen, whether they are medical evacuations or because of instability in the region,” he said. “If you turn on the news on any given day and see what’s going on around the world, that’s probably what we’re working out in the office.”

Thomson has worked as a clinician in general practices, emergency hospitals, and animal shelters, and has taught veterinary students.  She has also served as a veterinarian in times of need, particularly in 2017 and 2018 during the Northern California wildfires.

“During the wildfires, I tried to help a community consisting of both animals and people. Now, working on Capitol Hill, I have taken my professional responsibilities to another level. I see my actions influence other people’s actions around the world—it is a very humbling and surreal experience.”

Thomson works as a legislative fellow in Senator Dianne Feinstein’s office. This office created a resolution that established January of 2020 to be National One Health Awareness Month. The Senate unanimously passed the bipartisan resolution.

“A resolution is a declaration of how the Senate feels on a particular topic, and this can bring more attention to an issue and have far-reaching effects,” said Thomson. “This is the first in the world, so the United States might be able to inspire other countries to follow suit. We chose January because it’s the first month of the decade.” Tanzania and other countries are now in the process of creating similar National One Health Awareness Month resolutions, she said.