A new Tufts group draws attention to the spread of coronavirus in prisons, jails, immigration detention centers, and juvenile facilities—which affects us all 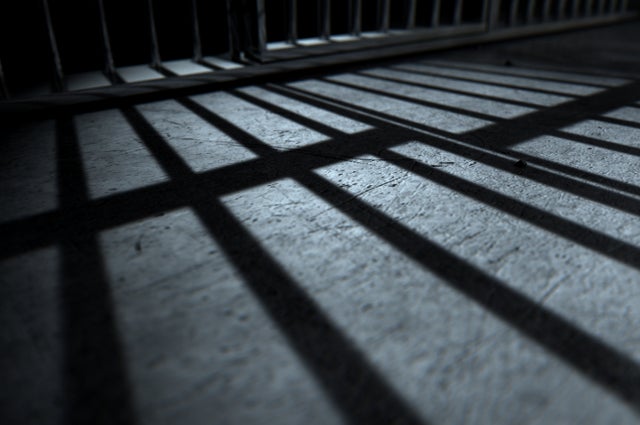 Physical distancing to avoid coronavirus exposure is almost impossible in most prisons and detention facilities, which has led to massive COVID-19 outbreaks among incarcerated people and prison staff in New York, Ohio, and other states.

Advocates are calling for the early release of prisoners with medical conditions or near the end of their terms, arguing that uncontrolled outbreaks behind bars could have devastating effects in the United States, which has the highest incarceration rate in the world. But the extent of infections in such facilities has been hard to determine.

A group at Tufts aims to change that. By tracking both infections and deaths due to the new coronavirus at a range of facilities, the group aims to present a more accurate picture of the pandemic’s impact and help protect people in detention.

“States need to take responsibility for the health of those who are entirely under their control,” said the project’s leader, Bridget Conley, who is the research director of the World Peace Foundation, which is based at Tufts, and an associate research professor at The Fletcher School.

“Prisoners are reporting insufficient masks, cleaning supplies, and, above all else, testing,” she said. “Too many facilities are relying heavily on lockdowns, which expose incarcerated people to mental health risks. Improvements are possible, but more people will need to be released to make any real impact.”

The research team has created a website to share its findings, and this week released its first state-specific report on COVID-19 and detention facilities in Massachusetts. That report finds a troubling rate of infection. For instance, at MCI-Framingham, a prison for women, the rate is ten times that of the general public, Conley said.

In addition to Massachusetts, the group is tracking the spread of coronavirus in facilities in California, Illinois, Louisiana, Michigan, New York, and Washington state, and providing limited reports on countries outside the U.S.

The volunteers working with Conley include students, faculty, and alumni from across Tufts, including The Fletcher School, the School of Arts and Sciences, the School of Engineering, the School of the Museum of Fine Arts at Tufts, and Tufts University School of Medicine.

Tufts Now spoke with Conley to understand why tracking these numbers has been difficult and what she hopes the effort will achieve.

Tufts Now: Why did you embark on this project?

Bridget Conley: The project began in response to a problem: information about what was happening in prisons was publicly available only due to the diligence of several local journalists and prisoner rights advocacy groups. As a faculty member in the Tufts University Prison Initiative of Tisch College—TUPIT—I was part of discussions with some of these rights groups who had banded together to try to increase the numbers of incarcerated people who are being released and to help secure housing options.

A challenge was the lack of centralized information about the pace of the epidemic inside places of detention; I volunteered to help fill that gap. Students involved in TUPIT joined in the work, enabling us to expand the tracking to several additional states.

What do you hope to accomplish by pulling together this information?

We set out to help fill data gaps. However, in Massachusetts, as a result of an April 3 decision by the Supreme Judicial Court (SJC), the Department of Correction (MDOC) and county sheriffs began releasing information on a regular basis, which is publicly available through a great site managed by the American Civil Liberties Union. Our data provides additional information that is not available through that site.

First, we tracked the early phases of the outbreak, from March 20 to April 15. Second, our data is disaggregated by prison facility, which the MDOC only started doing after April 13. Third, we include reports of staff testing positive, which MDOC only began doing on April 15. Fourth, we pull together data from across all detention facilities by state: FMC Devens (a federal prison campus), the state-run facilities, county-level facilities, and juvenile detention centers.

Finally, we also track the deaths of incarcerated people. This was not mandated in the SJC decision, so it does not appear in the ACLU tracker. By April 23, seven incarcerated people had died as a result of COVID-19 at two separate facilities in Massachusetts.

As we move to other state profiles, we aim to capture information about different policies related to the release of public information and to managing COVID-19 in places of detention.

What has your research uncovered about the numbers in Massachusetts?

What is immediately clear is the woefully low level of testing—a challenge that has plagued American response to COVID-19. The larger social and political challenges of managing an epidemic without sufficient testing are magnified within detention settings, where the options for social distancing are extremely limited.

What we see thus far is infection rates within prisons and jails that, once the virus has entered, have the potential to soar far beyond that of the general public. These prison and jail -related infection rates also impact the facilities’ staff.

For instance, at MCI-Framingham, a women’s facility, the infection rate even with low testing is ten times that of the general public.

It is important to emphasize that this population requires access to the same hospitals as the public once they become severely ill—it is not a problem that can or should be hidden behind walls.

What are your recommendations, based on your findings?

States need to take responsibility for the health of those who are entirely under their control. Incarcerated people have little latitude in how they can take action to protect themselves. They are at higher risk and have fundamentally less control over their circumstances.

While many counties have reduced bail or implemented other measures to decrease the numbers of people in detention, the state facilities have done comparatively less to release people who are at risk because of age or illness, or who would be strong candidates for early release because they are nearing the end of their sentences.

In Massachusetts, neither the governor nor the parole board has even come close to exhausting their authority on these issues, even while people are dying behind bars.

Additionally, states need to take responsibility for accurate and timely release of information about what is happening in their facilities. They have this information—in Massachusetts, it took legal action before the state started releasing numbers. Other states, such as California, have done much better. We all recognize that there are inherent challenges in today’s crisis, but releasing information does not need to be one of them.