More than 3,600 images showing life during the war come to the university’s Digital Collections and Archives 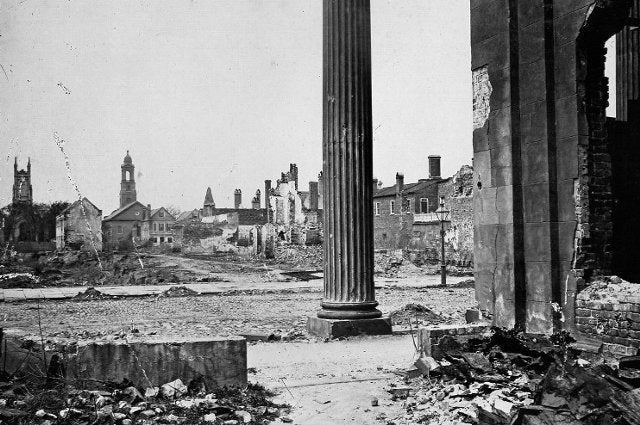 Tufts Digital Collections and Archives has partnered with the Medford Historical Society and Museum to protect, preserve, and improve access to a treasured collection of thousands of Civil War photographs.

The photographs—all 3,693 of them—made front-page news in 1990 after they were discovered in the museum’s attic in pristine condition. Since they resurfaced, the photos have been given star-treatment: flattened and sleeved at the New England Document Conservation Center, scanned and inventoried, selectively displayed at local exhibitions, and featured in articles and books.

The collection is one of the legacies of General Samuel Crocker Lawrence, commander of the Lawrence Light Guard during the Civil War and Medford’s first mayor, who first collected the photographs.

Most recently the photographs were digitized and made accessible online to the public through Digital Commonwealth at the Boston Public Library. But physical storage—and safety—was a concern; the interim solution for many years was a filing cabinet in a bank vault.

“I definitely sleep better at night knowing they’re here at Tufts,” said John Anderson, Medford Historical Society and Museum president. “It’s been one of the things on my bucket list to find them safe storage. We’re grateful that our conversations with Tufts have led us to a fitting solution.” 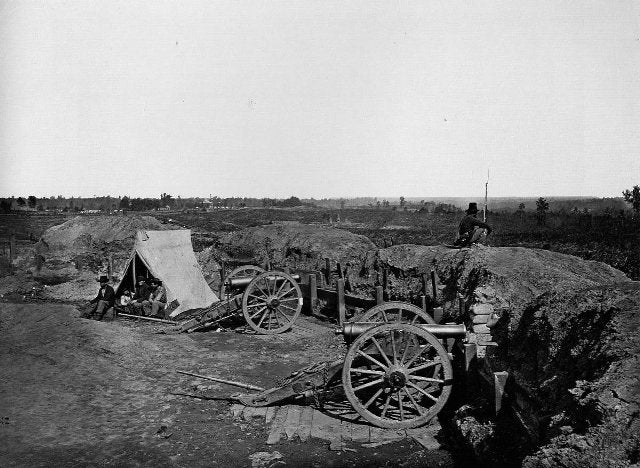 In addition, Tufts is storing most of more than 300 images amassed by a Civil War veteran organization, the Samuel Lawrence Post 66 of the Grand Army of the Republic, including cabinet cards, lithographs, and copy photos. A handful of daguerreotypes, ambrotypes, and tintypes, as well as other Civil War relics, are retained at the museum.

Daniel Santamaria, director of Tufts Digital Collections and Archives, emphasized that the Medford Historical Society and Museum retains ownership of the collections, while the archival program and environment at Tufts introduces opportunities for scholarly access as well as first-rate security and preservation measures.

“We are happy to offer the archival environment that these special historical collections deserve,” said Santamaria. Tufts archivists employ archival standards and protocols, such as a formal requesting system, security measures, temperature-controlled storage, and staff expertise. “We are traditionally focused on the mission of the university and some specialized subject areas, but we also recognized that in this case, there is obvious overlap of mission, and we want, when we can, to assist our host community.”

The arrangement is not typical, he added, “but there is talk in the archives world about the fact that there are valuable collections outside of major institutions that deserve support from organizations that have expertise and infrastructure to help ensure that the materials remain safe and accessible to the communities that created them.”

Of particular importance to scholars, he suggested, is the collection’s breadth and variety. It reveals the full sweep and devastation of the Civil War, as seen and documented by some of the nation’s most prominent photographers, including George Bernard and Andrew Russell, as well as the studio photographers working under the direction of Matthew Brady.

How the Discovery Was Made

The story behind the photographs adds another layer of interest and fascination. That narrative goes back to 1990, when the late Noah Dennen, then Medford Historical Society and Museum treasurer and a Civil War buff, was shown photos tightly rolled up in an old cabinet on the museum’s second floor by Michael Bradford, society librarian and curator. 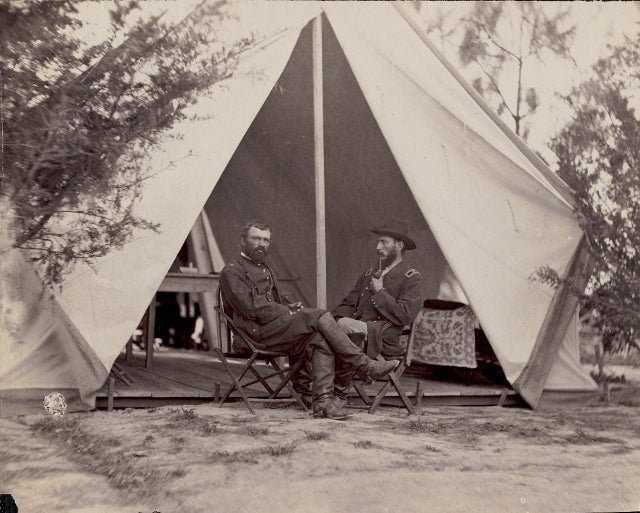 Dennen’s son had visited the museum on a school outing and told his father it had a lot of Civil War materials, said Jay Stott, a museum board member. Stott has devoted many hours to researching the collection, adding insights to its scope and to the photographers’ backgrounds.

“Michael and others were aware of the chest and its contents, but they did not fully appreciate its significance until Noah invited Brian Pohanka, an expert on the American Civil War, to view the photos,” said Stott. “Pohanka confirmed that the collection is one of the largest and finest that exists.”

Both the Lawrence and the Grand Army of the Republic collections came to Medford Historical Society and Museum in 1948, said Stott, and at the time, “the size of these accessions made them difficult to store, let alone to display and manage. It wasn’t until the Civil War centennial [1960-65] reawakened interest by history buffs that image collections started to reemerged from their hiding places.”

Aside from its size, the Lawrence collection is also unusual because of its high quality. Although photographic paper will deteriorate from exposure to moisture, light, and heat, the photos were stored for decades in a dry, dark place, and most were never matted. That means they are not faded by light or damaged by adhesives.

And while most of the photographs can also be found in the Library of Congress and the U.S. National Archives, where their glass plates reside, some are not found anywhere else but in the Lawrence collection, such as photos of Confederate sailors captured aboard the Confederate ship CSS Atlanta when it ran aground. “I haven’t seen these photos anywhere else,” Stott said. “They were probably taken by a Boston photographer while these men were imprisoned at Fort Warren in Boston harbor.”

The photos were made from glass plates; a light-sensitive emulsion of silver salts coated the plate, which was then exposed to light, sometimes for as long as ten minutes. Images were then contact printed by sunlight on sensitized albumen paper, so-called because albumen found in egg whites bound photographic chemicals to the paper.

Stott noted that archival access will be appreciated by scholars of both the Civil War and of photography before the invention of film. “If you look carefully at some of the images,” he said, “they still have a purple tint to them. That’s the albumen paper when it’s fresh.”

Santamaria agreed. “There is a historic photographic method and output that you can see by looking at the original photo,” he said. “When you’re holding an actual photograph that was taken during the Civil War, I think it connects you in a visceral way to the past and makes it real.”