The gift from Ben Harburg, A06, will help protect all hospital patients and staff 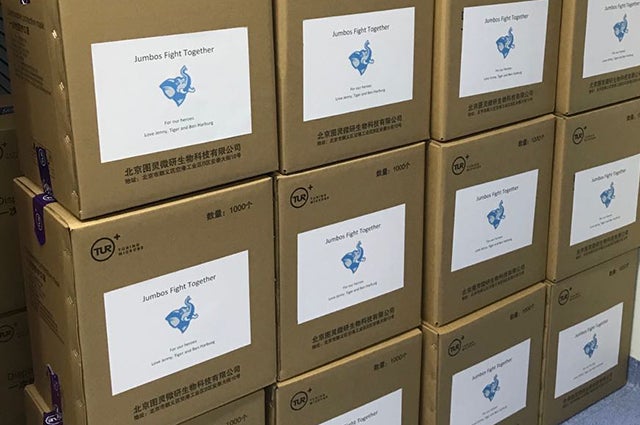 In a gift that could have life-saving ramifications, Ben Harburg, A06, managing partner with global investment firm MSA Capital, has donated 350,000 procedure masks to Tufts Medical Center.

Harburg, who lives primarily in Beijing, purchased and shipped the masks from China.

Peter Lee, F20, who helped Tufts University coordinate the donation, said the masks are “a major contribution” to the medical center’s supplies and will help slow disease transmission over the coming weeks and months. “It’s a big deal,” he said.

The Tufts Medical Center gift is part of a donation of roughly a half-million masks from Harburg and his wife, Jenny. The remainder of the masks will go to other hospitals in Boston, San Francisco, and New Mexico, where Harburg grew up. 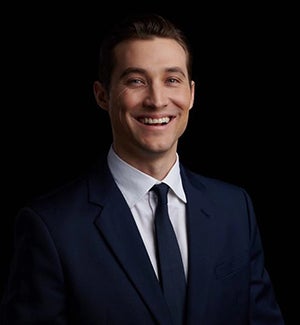 “This should be a united, global fight,” said Ben Harburg, A06. Photo: Pan Shiyi

Because his company invests in many health-care businesses, Harburg was engaged early on in the fight against the virus. His firm is the largest outside shareholder in gene sequencing company BGI, a China-based company that set up one of the first laboratories to test suspected COVID-19 patients in Wuhan, the epicenter of the outbreak. Aided by Harburg’s efforts, the company has gone on to set up rapid COVID-19 testing labs around the world.

As Harburg spoke with world leaders, health authorities, and U.S. governors about ramping up testing capabilities, he heard about the scarcity of not only test kits, but personal protective equipment (PPE). “It started to dawn on me how really desperate this environment is,” he said.

Harburg, who sits on the School of Arts and Sciences Board of Advisors, immediately thought of Tufts University as a conduit for getting his assistance into the right hands. The thought was confirmed when he heard President Anthony Monaco’s statements that Tufts was committed to the fight against the virus and was offering its campus to house COVID-19 patients and health-care workers.

The alumnus emailed James Glaser, dean of the School of Arts and Sciences, saying he was desperate to contribute to the effort.

“Ben's offer was a bolt from the blue,” Glaser said. “But as I thought about it, it wasn't that surprising. Ben has always been public-minded and a problem-solver.”

Glaser and Monaco quickly connected Harburg to Sue Gannon, F20, and Lee, both members of the Military Fellows Program at The Fletcher School who have been advising Tufts Medical Center on its inventory and procurement.

Harburg first considered sending a mask-making machine to Boston—a possibility through one of the companies in the MSA portfolio. But he found the more expedient option was to purchase existing masks that were at the time readily available in China. He originally aimed to purchase 100,000 but was able to increase that number to 350,000. 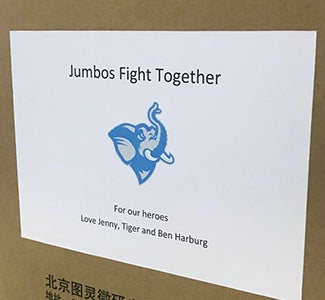 Each box was labeled with a message "For our heroes" from Harburg, his wife, and son. Photo: Courtesy Ben Harburg

The procedure masks are not intended for use by health-care providers directly caring for COVID-19 patients—work that calls for respirator masks. But they can be given to other staff and to patients who need to visit the hospital for other care.

Nicholas Duncan, director of emergency management at Tufts Medical Center, said the masks would be distributed by its parent company, Wellforce, to the medical center, Melrose Wakefield Hospital and Lowell General Hospital.

“These masks will be used to ensure our staff at all levels of the organizations have the right PPE to safely see and care for patients and keep themselves safe while at work,” he said.

Harburg said he hopes that other people will find ways to donate. Besides masks, “there are a lot of other things that are critically needed,” he said. Counseling services, for example.

“It's a global war effort to refuel the frontline troops—the doctors and nurses and other health care professionals who face extreme personal risks each day,” he said.

Harburg has long promoted constructive collaboration between China and the United States, most recently through roles on the boards of the National Committee on United States-China Relations and the Carnegie Endowment-Tsinghua Center. Harburg said he is frustrated that COVID-19 is being used to further divide the two nations at a critical moment. China and the United States may have trouble agreeing on economic policies, he said, but on this, the countries should have come together.

“This donation is also an effort to promote and encourage continued collaboration between both sides around an issue that should be non-controversial: the protection of human life,” he said. “This should be a united, global fight.”