Countering the Negative Effects of a Common Antidepressant

A depression medication carries a small risk for pregnant women of adverse side effects on their children’s development. Now a Tufts team might have found a way to counter these effects in fruit flies 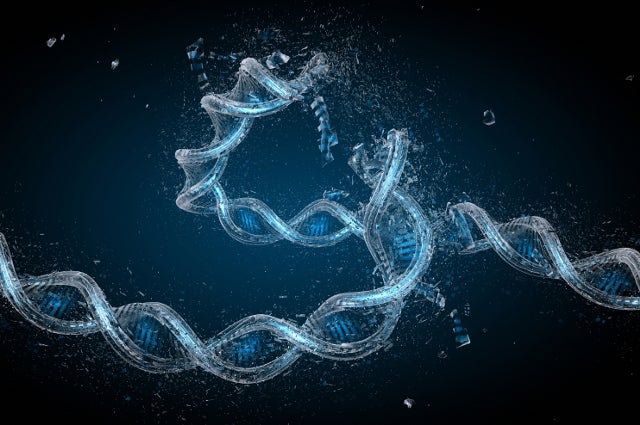 Selective serotonin reuptake inhibitors, or SSRI’s, are popular drugs that treat depression by increasing the amount of a neurotransmitter called serotonin in the brain. But when a common SSRI known as sertraline is taken by women during pregnancy, there is a small risk that it can have adverse side effects on children’s development.

Now a Tufts team, including three undergraduates, have found that the birth defects might result from sertraline directly damaging a cell’s genetic information, or DNA—and that one potential way to counter this effect is with antioxidants such as vitamin C. Their results were published recently in Scientific Reports.

To study the issue, Michael Levin, A92, Vannevar Bush Professor of Biology, and Mitch McVey, a professor of molecular biology who specializes in fruit fly genetics and DNA repair, worked with undergraduates Catherine Donlon, A16, Arpita Jajoo, A19, and Sarah Shnayder, A20.

Donlon spearheaded the project in McVey’s lab as part of her senior honors thesis. To see if sertraline affected baby flies like it does children, Donlon raised thousands of fruit flies in the lab, feeding the mothers sertraline-laced sugar water.

When Donlon didn’t see a clear effect on the baby flies, she instead tried feeding sertraline—which is better known under its brand name Zoloft—to the developing fruit fly larvae. Although fruit fly larvae do not develop inside their mothers, they somewhat resemble human embryos in that their organs and bodies continue to develop over time.

Based on what’s known about some of the developmental effects seen in children of mothers who take sertraline for mental disorders, Donlon hypothesized that sertraline-eating larvae would develop more slowly than other larvae.

But in fact almost half of the larvae that consumed sertraline died before reaching the final stage in their development. McVey was struck by Donlon’s results. “What surprised me the most is that people have looked at the effects of sertraline in human cell culture and in mice in the past, and they haven’t seen any real toxicity,” he said. Sertraline “didn’t seem to have much effect on the mice, which is one reason that this drug has been on the market for so long, and it’s been so successful.”

“At the same time, serotonin has been shown to be a key player in embryonic patterning in other model systems; this is why other SSRIs are known to cause birth defects in vertebrates,” Levin said. “Cells were using this neurotransmitter molecule to communicate about how to make an embryo long before neurons evolved.”

McVey and Levin’s team then sought to determine how sertraline killed the larvae. Was it that the larvae died because of sertraline’s effects on serotonin levels, or because of some innate toxicity of the drug?

Jajoo repeated Donlon’s experiment, but also included some fruit fly larvae that lack the protein responsible for transporting serotonin back into cells. Without this protein, serotonin levels should be higher than normal outside of cells.

If those flies developed slowly, then serotonin might be to blame for the deaths. But if sertraline-eating larvae develop even slower than these flies, then the drug itself might be directly damaging cells’ DNA—which is exactly what Jajoo found.

To confirm that the drug directly damages the flies’ DNA, Jajoo bathed developing wing tissues in sertraline and used a staining technique that visualizes the number of double-stranded breaks in the DNA. Wing tissues bathed in sertraline showed three times the normal number of double-stranded DNA breaks, suggesting that sertraline might cause birth defects by directly damaging the genetic code of developing embryos.

Donlon, now a medical student at New York Medical College, put the use of the drug by expectant mothers in perspective. “I think it’s great to understand the mechanism of how things like sertraline work, but it’s also really important to understand the reason why medications are prescribed in the first place,” she said.

Jajoo, also a medical student now, echoed Donlon’s view. “You have to think about two patients,” she said. “You have to think about both the developing fetus and the mother, and if the mother needs this SSRI for her wellbeing, then instead of saying, ‘OK, this is damaging, take it away,’ it would be awesome if it was, ‘OK, this is damaging, we know how, let’s fix it.’”

The team approached their next experiment with this mindset. Levin had a hunch that the damage to the DNA might be caused by reactive oxygen species, an unstable molecule containing oxygen that readily reacts with other molecules and that can be dangerous to cells if not balanced within the body.

“There was this great breakthrough moment,” said Jajoo, “where I was sitting in a meeting with both Mitch [McVey] and Mike [Levin] and Mike said, ‘Well, if it’s oxidative, can we just throw an antioxidant at it?’ And we all kind of laughed and then we were like, ‘Wait, can we?’”

They could and did. The team fed fruit fly larvae both sertraline and vitamin C, a powerful antioxidant, and saw that almost all of the larvae survived. Additionally, they found significantly fewer double-stranded DNA breaks. This supported the idea that the sertraline-induced DNA damage results from reactive oxygen species.

But they didn’t definitively show that, McVey said. “It would be nice to know how sertraline is interacting with DNA—if it is—and causing damage. Or is it an indirect effect?”

McVey and Levin hope to pursue these questions in the future; according to McVey, they’re just waiting for the “right student” to work on the project.

Gina Mantica, a graduate student in biology, can be reached at gina.mantica@tufts.edu.