The Baby Needed Surgery ASAP. Then a Pandemic Got in the Way 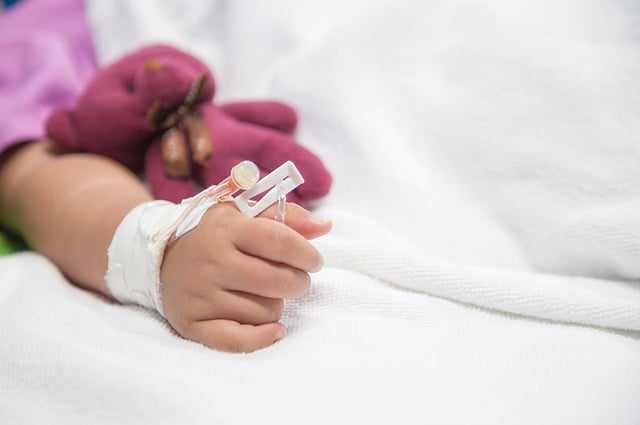 No one expected the baby to be born with a rare condition that prevented her from breathing through her tiny nose, making eating and sleeping dangerous. And six months later—after her mother had learned to feed her with a dropper, like a little bird; after repeated trips back to the hospital—no one expected that the surgery to help her would be jeopardized by a worldwide pandemic.

Two Tufts doctors—a physician and a dentist—raced against time and circumstance to ensure that an acrylic device, not much larger than a quarter, would be ready for the baby’s operation. That device would be the key to letting the infant girl breathe freely. 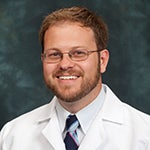 “I’m proud that we did right by her,” said the child’s doctor, Andrew Scott, a pediatric ear, nose, and throat surgeon at Floating Hospital for Children at Tufts Medical Center and an associate professor of otolaryngology and pediatrics at Tufts School of Medicine. “It was a great example of thoughtful and practical collaboration—and of being able to do something when so many of us felt powerless.”

Only a handful of children are born each year with this abnormality, a form of what is known as mid-nasal stenosis. Fewer still are so affected that they need this kind of surgery in their first months of life. Worldwide, the medical literature details only about ten instances, Scott said.

A child’s hard palate, or the bony part of the roof of the mouth, normally has two halves that don’t join completely until puberty. Picture a bridge with a rubber seam down the center of the road that allows the bridge to expand and contract in the heat—that’s the way a child’s hard palate normally functions, Scott said. The hard palate serves as the floor of the nose—if it’s fused together and unable to expand, as this baby’s was, the nasal passages are too narrow and, essentially, blocked.

Because babies feed with their mouth secured around a nipple, they need to breathe through their nose, making a blocked nose particularly dangerous. This baby also had severe sleep apnea and was unable to breathe at all when lying flat, Scott said.

What Scott and his team needed to do was to re-create the missing seam in the roof of the baby’s mouth and attach a custom-fit appliance that could widen the palate, thereby opening the nasal cavities wide enough for the baby to breathe. The appliance, made of a resin acrylic similar to that used for dentures, works somewhat like the palate-expanders that might be familiar if you, or your kids, have had orthodontics.

The first step was taking an impression of the infant’s mouth, a process that required general anesthesia—a tenuous procedure for a small infant with respiratory problems.

That’s the moment the clock started ticking. The appliance needed to be produced as soon as possible, before the child grew much larger.

It was mid-March, and both inside and outside the medical center, the danger of COVID-19 was multiplying rapidly. Within days, the city went into lockdown, and the world changed for everyone in Boston. 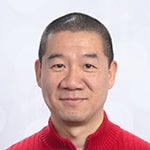 “The pandemic struck at the most inconvenient time possible for her. It was not clear if we would end up intervening in a timely fashion,” Scott said. “If the surgery were delayed, she might end up coming back to the ICU, which is the last place we wanted her to be.”

The off-site dental labs that could have made the appliance were shuttered. “I’m a surgeon; I have no idea how to make an appliance,” Scott said. “I knew what it had to look like, but I was powerless to make the device, and that was the very thing that was going to allow the surgery to happen.”

Scott turned to Robert Zee, DG13, DI18, an assistant professor of pediatric dentistry at the School of Dental Medicine, who is a member of the multidisciplinary team that cares for patients with craniofacial conditions. Would he be able to make the appliance?

Scott had first described the baby’s case to Zee in late February. “This patient was always in my mind,” Zee said.

Yes, the dentist had the expertise to make the appliance himself—but the materials and equipment were locked in a lab on the eighth floor of the dental school, which had closed all facilities except its emergency clinic. As Scott said, “his hands were tied to complete the job.”

Once the dilemma was explained to dental school leadership, they arranged access to the lab. “Everything came together,” Zee said.

Making the appliance became Zee’s full-time endeavor. He kept in constant contact with Scott as he worked, sending him texts and photos and receiving real-time feedback. Under normal circumstances, it would take an off-site dental lab about two weeks to create such an appliance. Zee had it ready in a week. 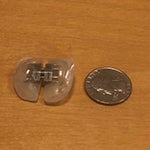 Zee created this appliance to widen the baby’s palate.

On April 2, Scott’s team took the baby into the operating room. Zee waited for a text from Scott to learn the outcome. Finally, the good news arrived. “I was basically speechless when I looked at the post-op pictures,” Zee said. “It was such a great relief.”

Within five days of the procedure, the baby was eating normally and sleeping comfortably through the night. She returned to the hospital for removal of the device a month later and was able to go home within an hour of waking up, Scott said.

“It was heartwarming, and a good example of the bridge between dentistry and medicine,” Zee said. “But it was always all about the baby and her parents.”