Where Does the Economy Go from Here?

The huge uncertainty caused by the pandemic is a critical factor in economic resilience, says a Tufts professor 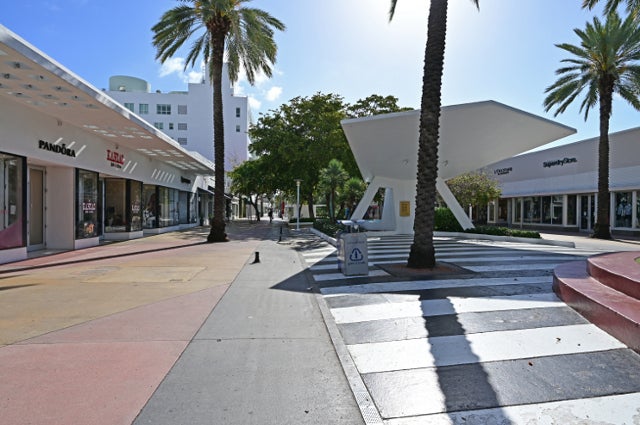 When much of the country shut down in March to help stem the spread of COVID-19, the economy took a hit. Businesses were shuttered, and unemployment claims soared. In the first quarter of the year, the U.S. economy contracted by almost 5 percent—and the impact continues to be felt and is worsening, as Federal Reserve Chair Jerome Powell and others are warning.

The U.S. isn’t alone. Countries across the world have seen their economies shrink. Oil prices suddenly collapsed before in part recovering, reflecting weakening demand, and other commodities saw similar steep declines. With interest rates near record lows, the Federal Reserve has fewer policy options than usual to stimulate the economy.

“I think the defining characteristic now is the huge uncertainly involved,” said Yannis Ioannides, professor of macroeconomics and Max and Herta Neubauer Chair in Economics in the School of Arts and Sciences.

And that uncertainty is not good, because expectations play such an important role in economic activity, such as building up inventories and major consumer purchases such as appliances and cars, he said.

To learn more, Tufts Now spoke with Ioannides about what’s happened and what might be ahead for the U.S. and global economies.

Tufts Now: The U.S. economy shrank by 4.8 percent in the first quarter of the year. Do you expect it to be worse in the second quarter and going forward?

Yannis Ioannides: I think chances are that it will be about the same, if not worse—but it depends very much on how people expect things to move in the future. For example, there’s widespread uncertainty regarding the possibility of a second wave of the pandemic. 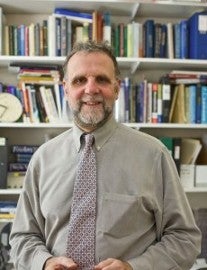 Yannis Ioannides
I think the defining characteristic now is the huge uncertainly involved. Nobody knows how far different states can employ a policy of test, isolate, and treat, which seems the most sensible going forward, and the states don’t even have the resources to do that. So there is this huge uncertainty that is going to carry us through the fall—it has not yet resolved and is unlikely to resolve soon.

What’s the mechanism for the economy to turn around?

There’s going to be a return to normalcy at some point. Firms will have to replenish their inventories—just as we do in our households. The economy cannot work without inventories. That’s a forward-looking indicator, as we say in macroeconomics—if firms are replenishing their inventory, it signals good expectations. When is that going to come? It’s not clear.

What are the limits of using monetary policy to kickstart the economy?

Interest rates are near record lows—the dilemma is that the scope of the effectiveness of quantitative easing is limited. That means that the Fed’s attempt to inject money into the economy and thus help expand economic activity—by buying an unprecedented volume of assets held in the private sector’s portfolios, in effect lending virtually unlimited amounts of dollars to the private sector—cannot offset the fact that the private sector is reluctant to borrow.

Another issue is that the incidence of infection is very uneven across the country. We in the Northeast are heavily affected—New York, New Jersey, Massachusetts. But California, six times as large as Massachusetts, hasn’t experienced that level of impact. Monetary policy is limited in its ability to help specific regions because it’s nationwide, one size fits all.

That is where federal authorities have to exercise more imagination, in providing states with some fiscal room, instead of this incredible suggestion of just letting them go bankrupt. I think this tragedy is not an opportunity for Republicans to get back at their political opponents. It’s an opportunity to sit down together and figure out how to get out of this.

What are the global economic implications of the pandemic?

One big part is the collapse of trade because of decreased demand—people have less money. And on the supply side, businesses don’t have enough raw materials for production. But the tragic thing is the developing world. Those countries are likely to suffer both because the demand for their raw materials is down, and some also depend on tourism, which is completely dead for the time being.

The disruptions are huge. We read a lot about oil—oil prices went down because there’s no demand—but that’s just the tip of the iceberg. Think about the airline and aircraft industries, for example. British Airways, one of the largest international airlines, laid off one-fourth of its workforce, and does not expect traffic to be up to its normal numbers for at least two years. This is a huge cost to the global economy.

It’s about the supply and the demand now—it’s not the financial shock of the great recession which made assets such as real estate toxic. Assets are affected now because of bankruptcies, which have to do with supply and demand. It’s a more complicated macroeconomic story.

The lockdown of the economy was absolutely necessary to fight this plague, but to bring it up, you have to instill positive expectations in the economy, and do so without creating another flareup of infections. And there’s so much uncertainty.

Do you think this is shaping up to be the worst economic decline in the U.S. since the Depression of the 1930s?

I cannot say, because the reasons for the Depression were different, and the current crisis is unprecedented in its magnitude and scope. The onset of the crisis today was exogenous—it was a shock, literally matters of life and death. We need the economy to function, but to function, we may risk our lives—not to mention the enormous resources necessary to treat the sick and dying.

As regards the Great Depression, even ninety years later there is no consensus as to the causes, but one thing is for sure: a financial event, the Wall Street crash of 1929, set of panic everywhere, catching governments and monetary authorities unable to agree on how to respond, not to mention that beggar-thy-neighbors trade policies themselves contributed to further worsening. It’s our response to that shock that is going to define the depth and duration of the contraction.

How do trade policies affect the recovery?

The total disregard by the U.S. administration of international, multilateral agencies—the complete flouting of all rules of behavior—is making things much worse, and it’s delaying the recovery, because it’s preventing us from building international collaborative institutions, which were critical in helping in the financial crisis in 2009.

Invest in Workers to Invest in the Future