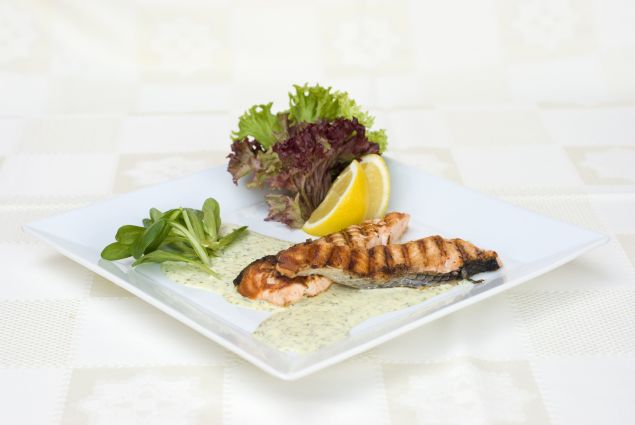 BOSTON (June 9, 2020, 9:00 a.m. EDT)—The national law requiring chain restaurants to include calorie labels on menus is estimated to prevent tens of thousands of new heart disease and type 2 diabetes cases—and save thousands of lives—in just five years, according to a new study estimating the law’s impact.

The research model also estimated that the law would produce $10-14 billion in healthcare cost savings and another $3-5 billion in societal cost savings, such as from prevented lost productivity, over a lifetime.

The study simulates what would happen if one million hypothetical Americans, aged 35-80, cut their calorie intake moderately while dining out, after making healthier choices based on the labels. The research, published in Circulation: Cardiovascular Quality and Outcomes, was led by researchers at the Gerald J. and Dorothy R. Friedman School of Nutrition Science and Policy at Tufts University and the Harvard T.H. Chan School of Public Health.

The analysis estimated that beginning in 2018, when the law was implemented, until 2023, healthier consumer menu choices would:

When calculated over a lifetime, the analysis estimated better consumer menu choices would:

“Prior to COVID-19, Americans were relying on restaurants for one in five calories, on average. Most likely, we will come to rely on them again. Our study shows that menu calorie labeling may prevent meaningful disease and save billions of dollars in healthcare costs,” said Dariush Mozaffarian, dean of the Friedman School. Mozaffarian is co-first author of the study along with Junxiu Liu, a postdoctoral scholar at the Friedman School.

The simulation estimated, based on prior interventional studies of food labeling, that menu calorie labeling would lead consumers toward lower calorie choices, resulting in a modest 7 percent fewer calories eaten at any average restaurant meal. The researchers conservatively assumed that half of these “saved” calories from each restaurant meal would be offset by additional calories unconsciously consumed by the consumer elsewhere, for example, at home.

“We also found that menu calorie labeling could help reduce health disparities, with larger benefits among Hispanics and Blacks, those with lower income or education, and people with obesity,” said Renata Micha, co-last author and associate research professor at the Friedman School.

In addition to consumer responses, the research team estimated the potential health and economic impacts if restaurants respond to the calorie labeling law by reformulating some of their items to reduce calorie contents. They found that the law’s health benefits could be twice as large, compared to health effects from changes in consumer choices alone. To estimate the potential effects of restaurant reformulations, the team projected that at the end of five years, there would be an average 5 percent calorie reduction in restaurant meals. Once again, the researchers conservatively assumed that half of the “saved” calories from reformulated restaurant meals would be offset by additional calories consumed elsewhere.

“Our estimates were cautious, based on the idea that both consumers and restaurants would cut calories only modestly. Part of the attraction of eating out is pleasure, and our model assumes people will still treat themselves, but the experience can be healthier overall if both diners and the restaurant industry make changes,” said co-last author Thomas Gaziano, of the Harvard Chan School and Brigham and Women’s Hospital, who designed the simulation model used in the study.

The federal law and resulting FDA regulation requires restaurants that are part of a chain with 20 or more locations to post calorie information for menu items. The FDA has given covered restaurants temporary flexibility during the COVID-19 crisis, due to the pandemic’s impact on the restaurant industry.

“Current flexibility is appropriate when so many Americans are unemployed, and schools are closed. But improving the healthfulness of our food system is crucial, given the pandemic’s disproportionate impact on people with diet-related conditions like diabetes and obesity, and further links to health disparities,” Mozaffarian said.

“We need to change our food system through equitable, efficient and sustained food and nutrition policies. Food labeling is an effective tool to support informed consumer choice and stimulate industry reformulation,” Micha said.

The researchers used the Harvard CVD-PREDICT, a validated microsimulation model, and a simulated nationally representative sample of adults from four cycles of the National Health and Nutrition Survey (NHANES 2009-2016). Calorie intake was derived using up to two 24-hour recalls per person, with calorie intake from restaurants estimated by the reported source of food. Each simulated person was followed for 28 years on average, until death or age 100, whichever came first.

The authors caution that modeling results do not provide proof of the menu calorie labeling law’s health and cost impacts. In addition, the study was conducted before the emergence of SARS-CoV-2 and does not include the impact of the pandemic on consumer habits and the restaurant industry.

This study is a part of the Food Policy Review and Intervention Cost-Effectiveness (Food-PRICE) research initiative, a National Institutes of Health-funded collaboration led by researchers at the Friedman School working to identify cost-effective nutrition strategies to improve diets and population health in the United States.

Additional authors are Yujin Lee and Parke E. Wilde, of the Friedman School; Stephen Sy, of Brigham and Women’s Hospital; and Shafika Abrahams-Gessel of the Harvard T.H. Chan School of Public Health.

This work was supported by a grant from the National Institutes of Health’s National Heart, Lung and Blood Institute (R01HL130735) and a post-doctoral fellowship award to Junxiu Liu from the American Heart Association. Please see the study for conflicts of interest.