Voting by Mail and the Youth Vote in 2020

Getting information to millions of new voters, especially youth from low-income communities, about the process is crucial, says civic participation expert at Tisch College 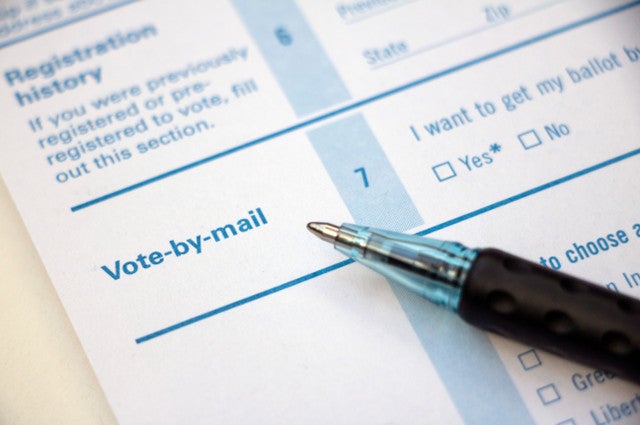 With the November election only five months away, fears of crowded polling places in a time of pandemic have highlighted the possible role that voting by mail could play.

That concern is the focus of a new study by the Center for Information & Research on Civic Learning and Engagement (CIRCLE) at Tisch College of Civic Life. In 2016, young people with no college experience—that’s more than one-third of eighteen- to twenty-nine-year-olds—“were the least likely to vote by mail and most likely to vote in person on Election Day,” according to the report. “Youth of color without college experience were even less likely to vote by mail than their White non-college peers.”

The study, by researchers Sarah Andes, Abby Kiesa, and Peter de Guzman, used data on young voters from the Survey of the Performance of American Elections conducted with registered voters the morning after each federal election.

Five states—Colorado, Hawaii, Utah, Oregon, and Washington—have already been using voting by mail as the default method for voting. Others allow it for absentee voting and in other circumstances and some are considering expanding its use this year because of the pandemic.

“If many states do rely on mail-in ballots in November, we really need a huge communications campaign to make sure that young people understand the system and can have a voice on issues that concern them,” said Kiesa, director of impact at Tisch College’s CIRCLE.

Tufts Now spoke with Kiesa about the history of young people voting by mail, and what’s needed to help bring young people into greater political participation in 2020.

Tufts Now: You studied youth voting by mail in the 2012 and 2016 elections. What were the key findings of that study? 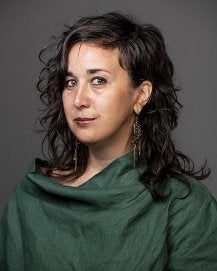 “It’s really necessary to communicate with a wide diversity of young people and not make any assumptions that they know about online voter registration, and that they understand about mail-in ballots and know how to use them,” said Abby Kiesa.
This is a particular concern because these young people from low-income communities, more often than not, have less access to information about participating in elections, and given the pandemic, many states are looking to bring in absentee ballots.

Generally speaking, is voting by mail easier for voters, including youth voters, than voting in person—or is it just different?

I really think it’s a different method. We’ve been focusing on the youngest voters—the 15 million eighteen- to twenty-one-year-olds who have aged into the electorate since the 2016 election. They simply might not have experience with mail—with snail mail. They’ve always had email and messaging.

These young people are brand new to the election system and to participating in democracy in this way—and now having to also learn how to participate in elections by mail could be challenging.

Do you get a sense that youth participation would go up or down if voting by mail was the main way it was done this fall?

That’s a really tough question, because there’s so much uncertainty with everything going on right now. Much of our research—and that of others—has shown that young people need concrete information about how, when, and where to register to vote and to cast or send in their ballot.

So it’s really necessary to communicate with a wide diversity of young people and not make any assumptions that they know about online voter registration, and that they understand about mail-in ballots and know how to use them.

If many states do rely on mail-in ballots in November, we really need a huge communications campaign to make sure that young people understand the system and can have a voice on issues that concern them.

What is the most accessible vote-by-mail process that states could create?

What we’d like to see are processes that are very clear, communicated broadly, and not only to those who have voted before, and that doesn’t require multiple steps for a voter to cast a secure ballot.

As we go forward, there’s less and less time to do that.

There is. I think there’s also a common misperception that young people have lots of time on their hands right now to learn about this. For some young people that might be the case, but others are working or trying to figure out what’s happening with their families because so many are struggling economically right now. They don’t actually have extra time to figure this all out.

And even though young people can be digitally savvy, there are still young people who don’t have regular digital access. Some might not know that a board of elections exists, because they’ve never been around a conversation where someone’s brought it up. Having everything online isn’t always a panacea, at this point. And local and state elections officials may not be equipped with the resources and tools to communicate digitally.

If many college students are still at home in the fall, would that affect youth voter turnout?

Political campaigns not being able to be on college campuses is certainly a challenge for them, because they rely so heavily on that as a strategy to reach young people. Our research colleagues at the Institute for Democracy & Higher Education are examining how the pandemic could impact outreach and participation on college campuses.

At the same time, in the past several elections, there have been great strides in campaigns and organizations using methods other than door knocking to reach people. There was a gigantic jump in youth voter turnout in the 2018 midterm election [PDF], which was highly unusual compared to decades of midterms. Young people were really reaching out to other young people. Young people are super creative and very determined. I wouldn’t count young people out.

Before anyone can vote, they have to register. Is that a challenge too?

You had mentioned the much higher than usual turnout in 2018 for the midterms among youth voters. Doesn’t that mean that a certain percentage of young voters not registered in 2016 were registered by 2018?

Yes—that was really exciting. The thing that’s interesting about 2018 is that it was the highest midterm turnout that we’ve seen in at least twenty-five years. So we’re definitely at a better starting place than in many previous elections. But there are still millions and millions of young people who deserve to have a voice on issues that matter to them right now.

The U.S. Is Failing to Engage Young People in Democracy

Abortion Issue Could Bring Out More Young Voters in November