Empowering Women for Better Lives for People and Animals 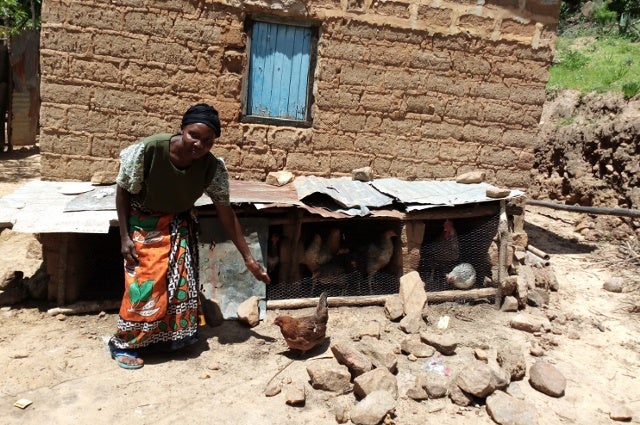 In many African countries, access to veterinary vaccines have been shown to improve both human and animal health. Vaccinating animals leads to more productive livestock, better livelihoods for women, and improved well-being and food security for entire households.

Gender disparities in those communities can impede all these potential gains, though. That’s why Cummings School associate professor Janetrix Hellen Amuguni, VG11, is leading the SheVax+ project.

An action research study, SheVax+ seeks to both empower African women and formulate strategies to help them contribute to and benefit from livestock vaccines as entrepreneurs, service and product providers, and livestock owners.

Over the past year, Amuguni and Cummings School research assistant professor Marieke Rosenbaum, V14, MG14, VG14, have worked on the study in collaboration with four Africa-based teams.

Winnie Bikaako of OHCEA and Anthony Mugisha of Makerere University lead the two teams in Uganda; Fidele Niytanga of University of Rwanda leads a team in Rwanda; and Jemimah Oduma of the University of Nairobi leads a team in Kenya. Their work is supported by gender specialists and twelve graduate students from the four institutions—including Tess Gannaway, V16, a Ph.D. candidate in infectious disease and global health at Cummings School. 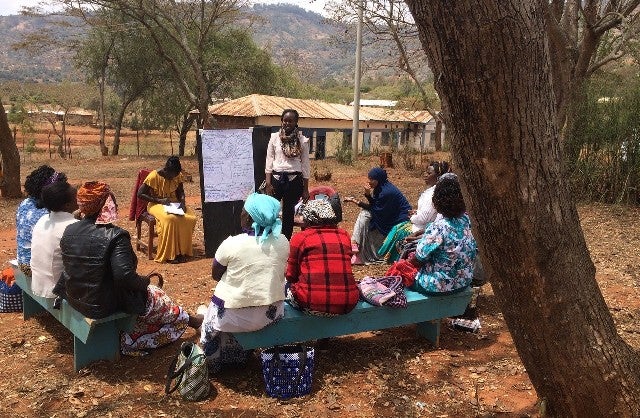 A focus group discussion with women chicken farmers, led by student researchers in Machakos County, Kenya. Photo: Courtesy of SheVax+ project
The SheVax+ researchers began their work by interviewing women in households with livestock. “We wanted to figure out which animals are controlled by women and can be used to improve women’s livelihoods,” said Amuguni.

The researchers learned that although women feed, water, milk, and otherwise care for large animals such as cattle owned by families in many of the countries, they do not necessarily have access to the income generated from them. In some places, men are responsible for taking the milk and animals to the market—and receive and use the profits as they see fit.

Chickens and goats, on the other hand, typically are the purview of women.

“Eighty percent of the women we surveyed owned poultry and had control over that,” said Amuguni. “A woman usually can sell her chicken whenever she wants and quickly make a little money from that. Most of these funds are then used on household items.”

The same goes for goats, said Amuguni, who noted that most of the time, that money is poured back into the family to meet medical care costs, school fees for children, and other basic necessities, such as drugs for cattle.

“So we believe that if we can help women improve their poultry or goat production via vaccination, then women would have a good avenue to economic growth and security,” she said.

The SheVax+ team next looked at if and how women can access livestock vaccines, along with what roles women occupy from the manufacturing of vaccines down through distribution and sales to the farmers who buy them.

They found that although women often had small flocks and herds that would benefit from vaccines, their voices and needs were almost completely left out of that vaccine value chain.

For example, vaccines for Newcastle disease—a highly contagious and deadly respiratory disease in chicken—are only sold as a vial with a thousand doses. However, the researchers learned that the women they studied may own only twenty to fifty chickens at most.

“For our next step, we are working on supporting women in creating strong networks that influence legal, governance, and institutional structures, including the vaccine manufacturers and distributors,” said Amuguni. 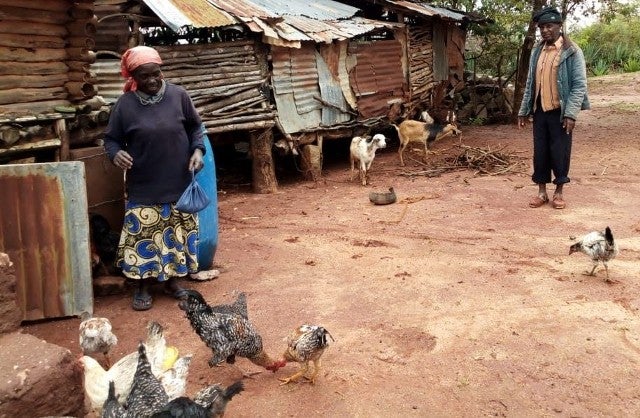 Small-scale farmers—wife and husband—helping one another to take care of their goats and chicken in Machakos County, Kenya. They were participants in a survey in the region. Photo: Courtesy of SheVax+ project
These networks may be able to “lobby the vaccine companies to create smaller vials,” she said. “There’s a huge market among this population of women if we can get the manufacturers to make that change.”

The SheVax+ researchers also aim to strengthen women’s knowledge and skills in animal health and vaccine management, ensure they are aware of their rights, and help them set up successful vaccine-distribution businesses in order to increase their economic benefits.

A Map to More Effective Approaches

When researchers look for gender-related impacts on human or animal health, it becomes easier to find and test solutions, said Amuguni. For example, as the SheVax+ researchers looked for ways to increase women’s participation in livestock vaccine manufacturing and distribution, they found women employed in those industries who lacked the educational opportunities needed to assume leadership roles.

“A lot of these women said they were unable to further their training,” said Amuguni. “They wanted to do a master’s degree or even a Ph.D., but in these three countries, that means they would need a scholarship. And all the scholarships available to them have a specific age limit of thirty-five years old and below.”

As a result, “many of these mid-career women had paused their education to start a family. Now, they are stuck wherever they are in their careers, training other people— mostly men—who will go on and do a master’s degree or a Ph.D.”

Of course, Amuguni said there’s a simple fix—remove the age limits on the scholarships.

She knows this from personal experience. As the senior faculty advisor for the Tufts-UGHE-UR One Health Fellowship, she saw that the program she helped create had an age limit, which has now been lifted. If not for the SheVax+ research, she said, “I never would have realized what a big negative impact on women that such a little detail could have.”

Amuguni said she’s motivated by the knowledge that small immediate changes such as this one can lead to long-term gains in economic opportunities for women.

“We have an opportunity to ensure women’s capabilities and agency are strengthened and to develop gender-responsive services in vaccine delivery. When women make decisions and take action to improve their livelihoods and livestock health, their whole family health is improved.”