Tags: Film & Media , School of Arts and Sciences , School of the Museum of Fine Arts
Share 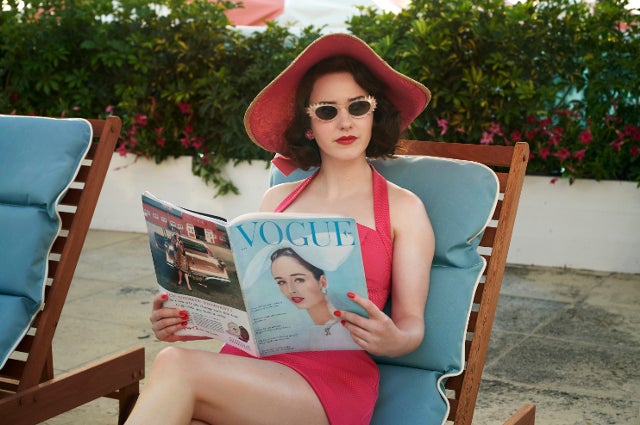 What makes Midge Maisel, the heroine of the Amazon series The Marvelous Mrs. Maisel, so marvelous? For starters, she’s got smarts, chutzpah, killer hats, and a legendary brisket recipe.

That irresistible brisket is so talked about it could be a character. It even has a backstory. Ryan Webb, SMFA90, A90, the assistant prop master for the series, said the props team spent countless hours just researching the Pyrex baking dish, figuring out what patterns were available in 1953. That’s the year they decided Midge would have received it as a wedding present.

“We painstakingly looked at brisket recipes from the time,” Webb said. “What would she have learned from her mother, and her mother’s mother?” Then they called in a food stylist to cook the roast just right. In the end, the brisket didn’t get any closeups—the lid mostly stayed on the dish.

Still, Webb doesn’t call it a wasted effort. On the one hand, “there could be a bunch of tennis balls in the Pyrex and it wouldn’t matter,” he said. But on the other, the show’s ability to convey emotional truths relies on the authenticity of its props. “A 1950s Pyrex with a brisket inside isn’t going to lie.”

Webb, who has a B.F.A. from the School of the Museum of Fine Arts at Tufts University (SMFA at Tufts), has made a career of helping TV shows and films find veracity through their props. The term “props” comes from “property” of a character, so anything a character handles—food, purses, glasses, cars—falls under his domain. Based in Brooklyn, he has worked on dozens of productions, including The Greatest Showman, The OA, Bridge of Spies, Amazing Spider-Man 2, and The Dark Knight Rises. 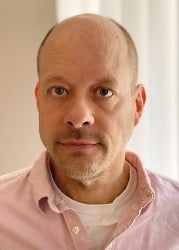 “We put edges on cloudy notions,” said Ryan Webb. Photo: Courtesy of Ryan Webb
Sometimes he has been on set monitoring continuity, making sure the cigarette hasn’t burned down too far or the muffin has the right-sized bite taken out of it. Lately, he has settled into the role of buyer, finding or commissioning the items that will realize the production designer’s vision for the look of the picture.

In the case of Mrs. Maisel, the mission is to never be too loud with its 1950s depiction. “You try to shy away from the obvious,” Webb said. “We don’t use the iconic lemonade pitcher because that’s not what Midge would have had in the Upper West Side. Or you might find the 1955 suitcase that is perfect for a guy coming back from Korea, but you don’t use that one.”

It’s a team effort, Webb said, that involves hours of discussion over things like where Midge’s mother would have got her cups and saucers or what kind of record player would be at a Harlem party in 1959—would it be new, or more likely ten years old? With no historian on staff, “you oftentimes have to become the expert in the room quickly,” Webb said.

Webb grew up in Kentucky and spent two and a half years studying electrical engineering at the University of Louisville before realizing he should do something he actually enjoyed. That’s when he enrolled at SMFA at Tufts. He gravitated toward photography and film, serving as a sound engineer on student films.

That led to his first career, as a boom man, working on movies across the country. In 2000, he switched to props. He’s also interested in screenwriting: in his free time, he and a writing partner have put together a script based on a novel by Georges Simenon.

Not that he has much free time in the swirl of production. If a director wants a flashlight for a scene, “then you have to have three to five flashlights in front of them soon after that,” he said.

Every director is different, of course. Say a script calls for a backpack. For the film Moonrise Kingdom, director Wes Anderson could exactly describe the bag he envisioned for his young protagonist.

“He saw that kid’s entire ensemble, every pin, every stripe—his gun and his hat and his glasses,” Webb said. “So it wasn’t a question of showing him four options. It was making the exact one he needed.”

Compare that with director Darren Aronofsky, who Webb said “was after some kind of unrecognizable notion of past and future” for a knapsack in his film Noah.

They spent weeks building different backpacks before one of the studio artists hit upon a combination of latex rubber and nylon hose wrapped around a bleach bottle. “Some directors actually need to see something before they can say, ‘Yeah, that’s the one.’”

That’s how good props can bring a genius vision into focus, Webb said. “We put edges on cloudy notions.”