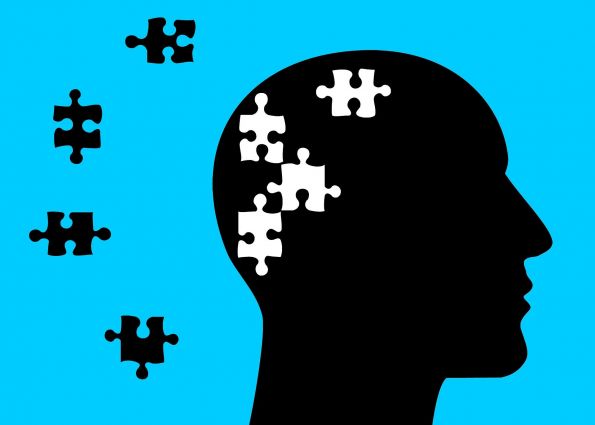 MEDFORD/SOMERVILLE, Mass. (August 31, 2020)—Warning witnesses about the threat of misinformation—before or after an event—significantly reduces the negative impact of misinformation on memory, according to new research performed at Tufts University.

The study, published online today in the Proceedings of the National Academy of Science (PNAS), revealed that warnings can protect memory from misleading information by influencing the reconstructive processes at the time of memory retrieval. The researchers also found that when making accurate “memory decisions” participants in the study who were warned about the threat of misinformation displayed increased content-specific neural activity in regions of the brain associated with the encoding of actual event details. Likewise, warnings reduced content-specific neural activity in brain regions associated with the encoding of misleading event details.

The authors said the findings could have important implications for improving the accuracy of everyday memory and eyewitness testimony as part of the legal system.

“Memory is notoriously fallible and susceptible to error but our results show that a simple alert about possible misinformation is an effective tool to help eyewitnesses think back to the actual experience—with accuracy,” said Ayanna Thomas, a psychology professor in the School of Arts and Sciences at Tufts, who is a co-author and co-principal investigator of the study. “We expect this work could enhance interview procedures and protocols, specifically within the U.S. criminal justice system, which would benefit as a public entity from low-cost interview practices to improve the accuracy of eyewitness reports.”

The study involved a total of 161 people who engaged in two experiments—one behavioral and one using neuroscientific methods—in which they watched a silent film depicting a crime and responded to a test of recognition memory. In the first experiment, participants listened to an audio narrative that described the crime which included consistent details, misleading details and neutral details. After the audio narrative, participants were given a final recognition memory test that assessed memory for the original witnessed event. Importantly, participants were randomly assigned into one of three warning groups: no warning, pre-warning and post-warning.

The results demonstrated that people who were warned about the inaccuracy of the retelling were less susceptible to the misinformation than people who were not warned. The researchers also found that there was little difference whether participants were warned before or after. 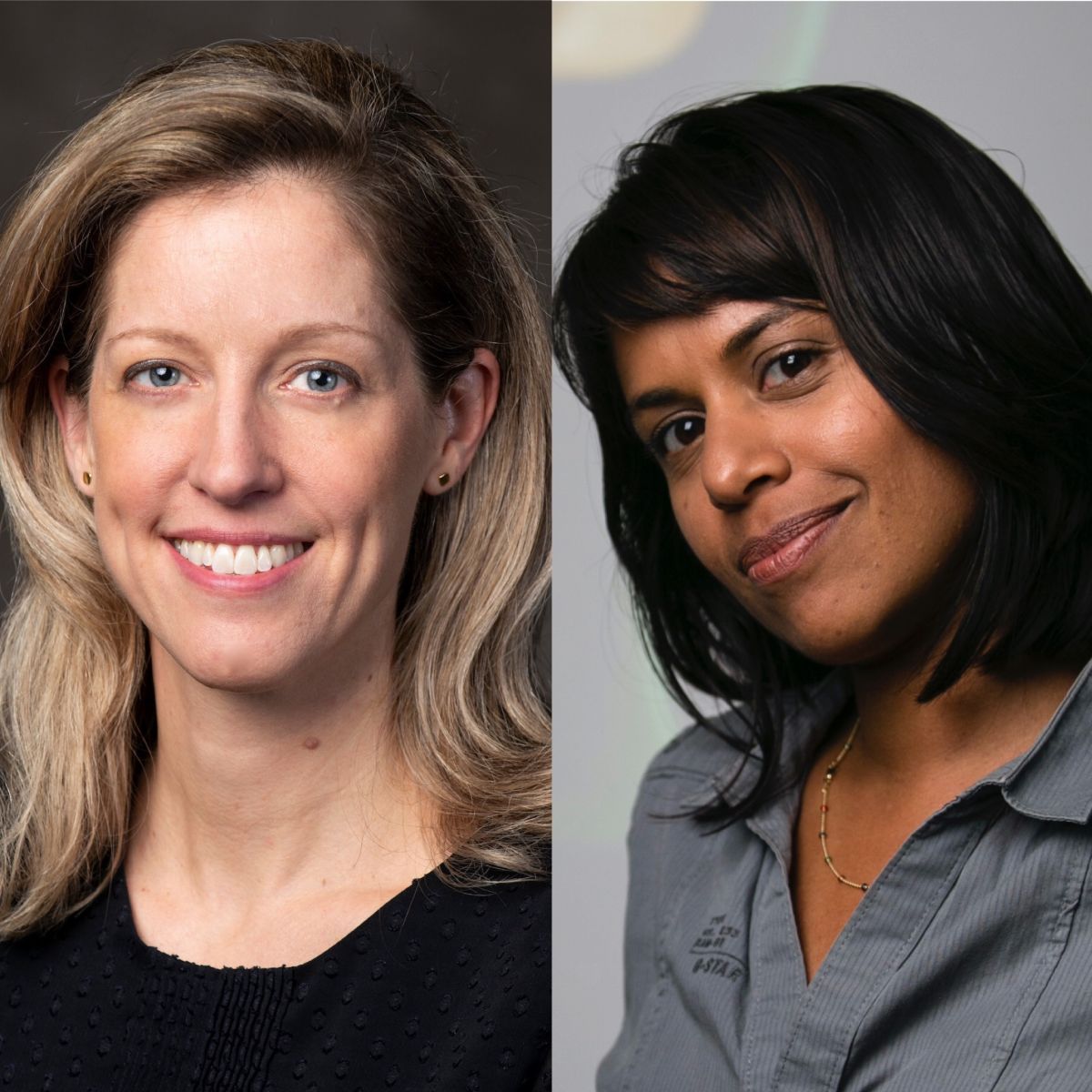 Tufts University professors Elizabeth Race (left) and Ayanna K. Thomas (right) served as co-authors and co-principal investigators of the study.
The second experiment involved a neuroimaging analysis designed to investigate the mechanisms by which warnings influence memory accuracy in the context of misinformation. In this evaluation, participants completed the identical tasks as they did in the first experiment but completed the final memory test while undergoing functional magnetic resonance imaging (fMRI). The researchers found warnings not only increased reinstatement of visual activity associated with witnessing the actual crime but also decreased reinstatement of auditory activity associated with hearing misleading post-event information.

“This suggests that warnings increase memory accuracy by influencing whether we bring back to mind details from accurate or inaccurate sources of information,” said Elizabeth Race, a psychology professor at Tufts who also serves as a co-author and co-principal investigator of the study. Additionally, the strength of the content-specific cortical reactivation in visual and auditory regions predicted behavioral performance and the susceptibility of memory to misinformation.

“Together, these results provide novel insight into the nature of memory distortions due to misinformation and the mechanisms by which misinformation errors can be prevented,” said Jessica M. Karanian, first and corresponding author of the study, who was a postdoctoral fellow at Tufts while conducting the research and is now an assistant professor of psychology at Fairfield University. “The adoption of these interview practices by police departments might protect the integrity of eyewitness accounts and improve the likelihood of just outcomes for all involved.”

Past research on memory retrieval found that both prospective and retrospective warnings were able to mitigate the negative effect of misinformation on memory. However, this study not only affirms the beneficial effect of warning using a realistic scenario, such as testifying in a criminal case, but also demonstrates that prospective warnings can reduce misinformation errors in the context of repeated testing.

According to the Innocence Project, false eyewitness reports have contributed to approximately 70 percent of wrongful convictions. Despite efforts by the U.S. Department of Justice to create evidence-based standards in interview practices across police departments, the majority of surveyed police departments have not implemented such recommendations due to challenges in providing training and/or a lack of resources. 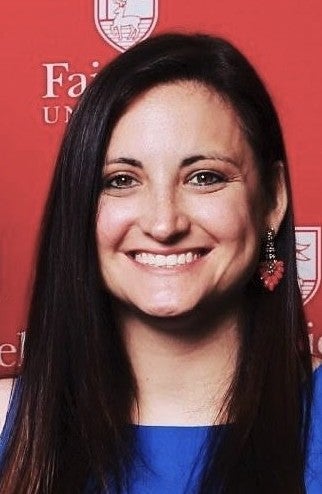 Jessica M. Karanian, first and corresponding author of the study, who was a postdoctoral fellow at Tufts while conducting the research and is now an assistant professor of psychology at Fairfield University.

The researchers noted that since eyewitnesses are often interviewed and questioned multiple times throughout an investigation, a third party—such as a police office or an attorney—could provide a warning to an eyewitness that alerts them to the possibility of inaccuracies in post-event information that they might encounter in the future. The misinformation they might encounter could come from sources in the news, on social media or from a co-witness.

“We can envision the establishment of a new protocol for witness questioning in which witnesses are warned about the unreliability of subsequently-encountered information upon completing an initial interview,” said Karanian. “We could also imagine that such pre-warnings might be useful if provided at the beginning of some interviews that may include unverified information reported by co-witnesses.”

The research was a collaboration between Thomas’s Cognitive Aging and Memory Lab at Tufts University, which investigates interactions between memory and metamemory to better understand the important role metamemory plays in memory acquisition, distortion and access; and Race’s Integrative Cognitive Neuroscience Lab at Tufts, which uses a combination of cognitive neuroscience methods to answer questions about the neural mechanisms underlying human learning and memory.

Additional authors include Nat Rabb, a former research coordinator at the Cognitive Aging and Memory Lab at Tufts University; and Alia Wulff and McKinzey Torrance, who are both graduate students in the Department of Psychology at Tufts. 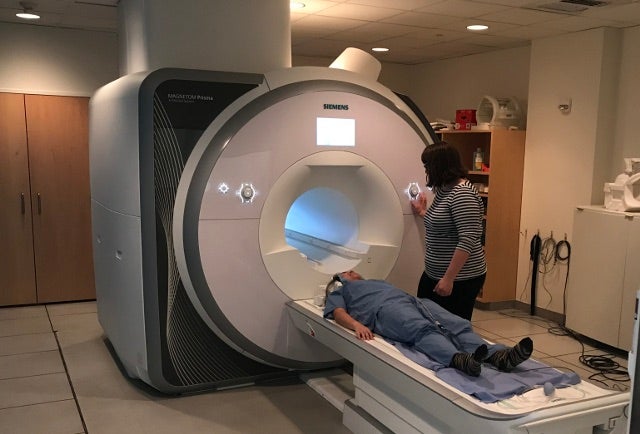 ​A researcher loads participants in the MRI scanner. Photo Courtesy of Steve Shannon of Martinos Imaging Center at MIT, July 2017.
This work was supported by the National Science Foundation (NSF) under grant No. 1728764. The content is solely the responsibility of the authors and does not necessarily represent the official views of the NSF. The authors disclosed no conflicts of interest.