To boost equity, we must rethink the police, invest in sustainable cities, and ensure that people of color are at the table, argue Tufts experts 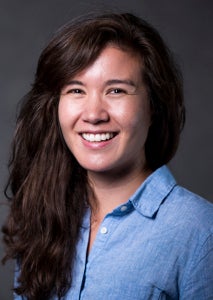 Daanika Gordon, an assistant professor of sociology in the School of Arts and Sciences, studies the intersection of racial segregation and policing in the U.S. Photo: Alonso Nichols

This inequity is rooted in history. Racial violence and discriminatory policies created segregated neighborhoods in cities across the country. Systemic patterns of institutional investment favored predominantly white neighborhoods and created greater hardships for predominantly Black neighborhoods. Black and white Americans still do not, on average, live in the same kinds of neighborhoods.

This impacts nearly every facet of life, including experiences of policing. Through my research in a highly segregated Rust Belt city, I’ve found that the police act as responsive service providers in more affluent, predominantly white neighborhoods. They are quick, thorough, and helpful when citizens call, and they work collaboratively with residents and business owners to solve local problems.

In poorer areas and predominantly Black neighborhoods, the police focus on intervening in crime through tactics like investigatory stops. In reality, these kinds of tactics do little to address the underlying structural conditions that correspond to crime. They can, however, criminalize entire communities and contribute to racialized mass incarceration.

Racial inequalities in policing are just one part of a pattern of discriminatory and uneven public and private investments in segregated neighborhoods. We need to ask what kinds of resources, beyond the police, would contribute to safe and healthy communities? Society should reconsider its unequal resource allocations, which affect employment opportunities, poverty rates, school quality, access to health care, exposure to environmental hazards, and many other aspects of everyday life.

To create a more just society, we need to invest in broadscale redistributive policies that would foster equitable opportunities across neighborhoods and break down the barriers that keep neighborhoods segregated. Such investment would redress legacies of racial exclusion and reduce the need for policing. 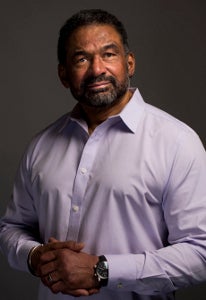 Julian Agyeman, professor of urban and environmental policy and planning, is the cofounder and editor-in-chief of Local Environment: The International Journal of Justice and Sustainability. Photo: Alonso Nichols

Systemic racism and inequality have spatially unjust effects. You see it in the way the COVID-19 virus has clustered in poorer, predominantly minority areas and the way poorer, minority  neighborhoods have been policed more violently.

Urban planning, as the spatial toolkit for implementing white supremacy, must recognize its historic and current roles in spatial injustice and change accordingly. Some of the tools of urban planning and policy, such as zoning (especially single-family or “exclusionary”), racially restrictive covenants, and redlining, have been used to push poor, Black, Indigenous, and people of color communities into neighborhoods where segregation, police brutality, poor health outcomes, concentrated poverty, food deserts, and environmental injustice are rife.

To help dismantle this systemic racism, urban planners must embrace the concept of just sustainabilities, which centers both equity and environmental sustainability. It is a robust framework for action, focused on inclusively imagining and developing communities’ futures.

For example, to address Minneapolis’s affordable housing crisis, a coalition of racial justice advocates, labor unions, and environmentalists pushed for zoning change. In 2018, Minneapolis ended single-family zoning, and it now allows duplexes and triplexes on what had been single-family lots.

The city has also adopted other reforms, such as requiring new apartment projects to dedicate 10 percent of units to moderate-income households. Goal number one of the city’s plan is to “see all communities fully thrive regardless of race, ethnicity, gender, country of origin,  religion, or zip code, having eliminated deep-rooted disparities in wealth, opportunity, housing, safety, and health.”

Ultimately, as urban planners, we know that what our cities can become (sustainable, just, smart, resilient) and who is allowed to belong in them are fundamentally and inextricably interlinked. We must therefore develop inclusive, integrated policies and plans that focus on both belonging and becoming, using just sustainabilities as the anchor, or face deepening spatial and social injustices. 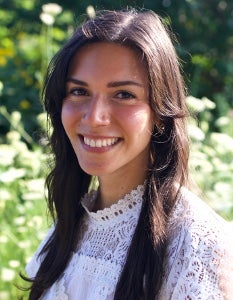 Alejandra Cabrera, N18, is a cofounder of The Green Dragons, a nonprofit that uses martial arts and gardening education to engage diverse urban youth in health and fitness and address nutrition disparities. She’s also a sixth-grade science teacher in a Lowell, Massachusetts, public school and serves on the district’s farm-to-school committee.

As an educator who strives to improve the nutrition and health of urban youth, I’ve learned that one of the biggest actions we can take for a more just future is to ensure our institutions are  committed to being anti-racist.

No matter how well-intentioned the efforts to address nutrition disparities, if your organization is not committed to anti-racist action at all levels, it will inevitably continue to uphold the systems of white supremacy that make true food justice impossible.

What does it mean to be anti-racist? It means that rather than being “on the table,” as a topic of concern, people of color should be “at the table,” leading programs and shaping the policies that affect their lives.

We need to move beyond a model of service to a model of partnership, where the voices of people of color are centered, empowered, and elevated.

While this work is not always easy, it is everyone’s responsibility. Only by putting our egos aside and leaning into the discomfort can we foster the honest and open dialogue necessary to come up with the creative, community-specific solutions our food system requires to achieve justice.