MEDFORD/SOMERVILLE, Mass. (September 10, 2020)—Tufts University, together with alumnus Jeff Stibel and his partners, today announced the donation of BrainGate, Inc. (“BrainGate”) and its patented technology to the university. BrainGate is a transformative neurotechnology that uses micro-electrodes implanted in the brain to let humans operate external devices such as computers or robotic arms with just their thought. BrainGate has received an FDA-approved investigational device exemption to conduct human trials of brain-computer interface (BCI) technologies.

The donation of BrainGate will facilitate further research with the goal of developing a new generation of neurotechnologies. In addition, Stibel has donated funds to launch the Stibel Dennett Consortium at the university, forming a research hub in part to further build upon the BrainGate technology and to advance the study of brain and cognitive science. 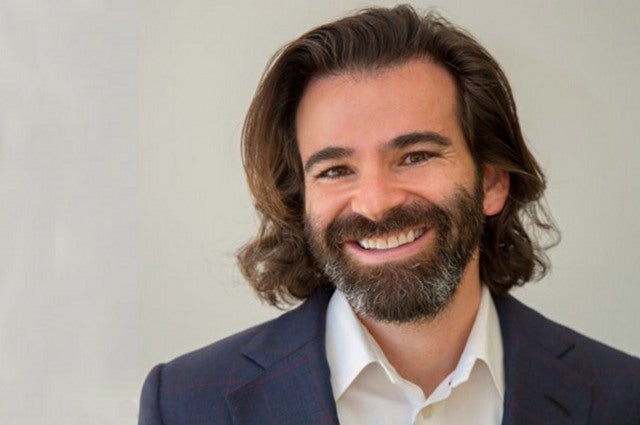 “BrainGate is a foundational platform for BCI technologies being developed around the world, and I can think of no better place for its advancement than Tufts University,” said Stibel, brain scientist, entrepreneur, former executive chairman of BrainGate, and 1995 graduate of Tufts. “BrainGate is on the cutting edge of cognitive science and implantable brain technology, and it is important to us that it is protected and responsibly developed. I believe this donation will lead to a world in which those afflicted with neurologic disease or serious injury will be able to communicate and control advanced prosthetics by using just their mind. I am thrilled to work with Tufts’ talented researchers, ethicists, and professors to engineer this technology and continue to improve the quality of people’s lives.”

With this donation, Tufts will now explore increased, responsible development and commercialization of BrainGate’s technology, which is recognized as foundational in the implantable brain technology space.

“This donation is transformative for Tufts University and the study of brain and cognitive science,” said Anthony P. Monaco, president of Tufts University. “The formation of the Stibel Dennett Consortium along with the BrainGate technology puts Tufts at the center of global cognitive science and neurotechnology innovation. We are truly grateful for Jeff’s and his partners’ generous gesture and energized by the possibilities that lie ahead.”

As part of the donation, Stibel also endowed two new professorships inspired by his positive undergraduate experience at Tufts, his own extensive expertise in the field of human cognition, and his mentorship by University Professor Daniel Dennett, a renowned philosopher, writer, and cognitive scientist. Professor Gina Kuperberg has been appointed the inaugural Dennett Stibel Professor of Cognitive Science, and Professor Stephanie Badde has been named the Stibel Family Assistant Professor of Brain and Cognitive Science. Kuperberg and Badde plan to build upon the BrainGate technology, exploring a deeper understanding of how the brain processes language as well as how the brain gathers information from human senses to tell our body how to move.

“The BrainGate technology has the potential to restore individuals’ sense of touch and body posture in parts of the body where they’ve lost it. We hope to find out more about how movements and sensory information are connected in the brain, and how to leverage this connection so that one day BrainGate technology will enable patients to use artificial limbs in a naturalistic way,” said Badde.

“The whole concept of decoding brain activity is so fundamentally important, not only for future medical advancements, but for understanding the very nature of the human brain and thought. And we're really on the cutting edge of being able to do that, particularly now with the BrainGate intellectual property,” said Kuperberg.

The Stibel Dennett Consortium will cross university departments and schools, and will serve students, faculty, alumni, and the broader Tufts community. Other faculty members at Tufts plan to explore brain and cognitive science research opportunities related to BrainGate.

“In just one of its potential applications, the BrainGate donation may lead to a deeper understanding of the very nature of human memory,” said Michael Levin, Vannevar Bush Professor of Biology and director of the Allen Discovery Center at Tufts University. “Using this technology to interpret the communication between cells, we could find out how memories are stored and encoded in tissue, and learn to decode them,” Levin continued. “We also could learn how memories can survive remodeling of the tissue, how memories can be moved or copied, and how memories can belong to a unified self.”