To increase racial justice, we must get involved in politics, build a better diplomatic corps, and foster a more diverse Tufts, alumni argue

A more just future comes down to power. If we don’t fundamentally redistribute power in the United States, we won’t create a more just society in this country. 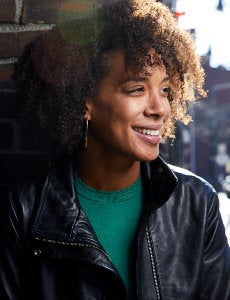 Wilnelia Rivera, A04, AG14, is founder and president of Rivera Consulting, and served as chief political strategist for Congresswoman Ayanna Pressley from November 2017 until October 2018. Photo: Kelly Davidson

Redistribution of power does not mean the erasure of whiteness, and it does not mean the centrality of one group of people. Instead, it means that Black people, the one group from whom power has always been kept,  need to be connected to power first.

Ultimately, politics is the most effective way to redistribute power in this country. It always has been. I’d like to see a Black woman become our next vice president.

We shouldn’t celebrate such a choice as the thing that will resolve systemic racism, because it won’t. But it gives us a structural approach to shifting power in America.

Over the next decade, all institutions, especially those that anchor our society—whether in education, health care, finance, or government—need to be reconsidered, with an eye on power. We need to aspire to something that’s not what we’ve had. And saying that we can tinker on the margins or that we can simply give charitable responses isn’t going to cut it any longer. —as told to Heather Beasley Doyle 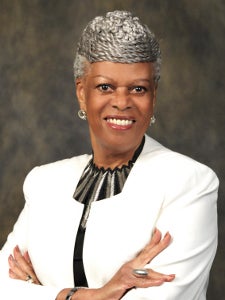 America has been the eight-hundred-pound gorilla for so long. Living between two oceans, we don’t have to speak a lot of other languages, and we are often unaware that everyone brings cultural baggage to the negotiating table.

The State Department should be far more proactive in recruiting into its corps potential career diplomats from groups other than the so-called majority in the U.S., so we include people of more varied backgrounds on our side of that table.

Increasing the diversity in our diplomatic ranks is not the only way to promote cultural sensitivity. We need to have a deep and abiding knowledge of our own history, so that we can tell our story abroad—warts and all—and build genuine relationships with our counterparts.

We need to listen with empathy while individuals tell us what angers and frustrates them; to  show we are willing to consider other perspectives even if we don’t agree; to acknowledge when we make an error; and to engage with eye contact and sincerity, based not on some quid pro quo, but on common human interests and needs.

I am more optimistic now than when I lived through the civil rights movement. Many of my students seem comfortable with differences in race, gender identity, and religion, and I see all races and groups demonstrating together for one cause: to be respected for who we are as human beings.

But while we can set all kinds of goals, if we don’t take the steps to reach those goals, it will be the same thing we’ve seen throughout the history of our country: lip service. That is why the most important thing we can do is to be accountable for the words we state in our various declarations, and to learn something that is often difficult for us: how to carry ourselves with humility. —as told to Monica Jimenez 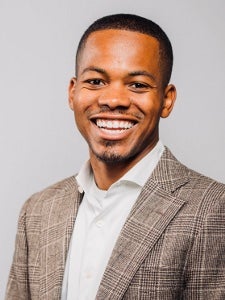 Derrick Young Jr., MG17 (MPH), is a member of the Tufts Alumni Council and executive director of the Leadership Brainery, a nonprofit that equips diverse and first-generation college students for entry into competitive graduate schools and leadership positions. Photo: AnOriginal

Before there is justice, there must be hope. Systemic racism prevails because, for many, change seems impossible. We have lost hope in the greater good. However, I have hope in our capacity and will to act.

At Tufts, our vision is “to be an innovative university of creative scholars across a broad range of schools who have a profound impact on one another and the world.” To fulfill that vision, we must first acknowledge the current injustices around us.

We cannot ignore that our community includes far too few individuals of color, particularly African Americans. Historically this has deprived communities of our extraordinary education and network that could enable them to have a profound impact on one another and the world.

We must hold ourselves responsible for overturning barriers that limit education access for underserved and underrepresented communities. The hurdles are challenging, but we must have hope that our university of leaders and creative scholars can foster equitable solutions.

Tufts can help build a more just future, if we maintain hope and turn it into action.