A Push to Prevent the Next Pandemic 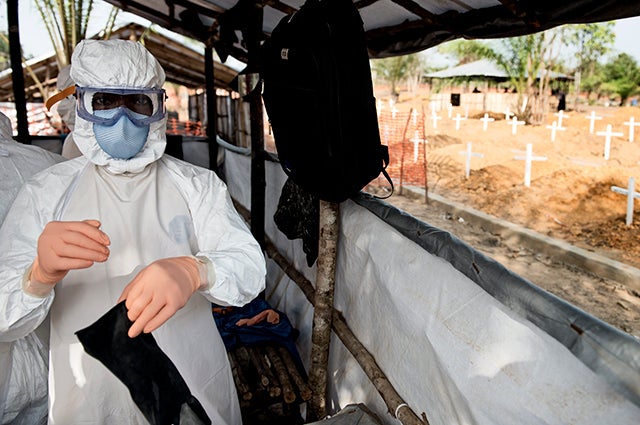 Taking the lead on a five-year, $100 million federal program, Tufts University will head a wide-ranging international development and research effort to head off future pandemics like COVID-19, which has killed more than one million people and devastated economies around the world.

Experts from several Tufts schools and 12 partner institutions will take part in the project, which was announced by the United States Agency for International Development (USAID) on Sept. 30. They will work with high-risk countries to strengthen their capacity to gain and use essential knowledge about how viruses emerge; collaborate with them to identify human behaviors that lead to outbreaks; and help them prepare their public health systems to contain spread during a pandemic.

The project, named Strategies to Prevent Spillover, or STOP Spillover, will target viral zoonotic diseases— infections that originate in animals before they “spillover” into humans, sometimes with terrifying consequences. There are signs that the SARS-CoV-2 coronavirus may have originated in bats, as did the SARS and MERS viruses in the early 2000s. Ebola most likely originated in bats or primates. Scientists believe people first contracted HIV by hunting and eating chimpanzees. An estimated 70 percent of emerging infectious diseases are zoonotic, and outbreaks are getting more frequent.

“Over the last five years alone, more pandemics have emerged than in the previous 15 years,” said Saul Tzipori, distinguished professor of microbiology and infectious diseases and Agnes Varis University Chair in Science and Society at Cummings School of Veterinary Medicine.

Some parts of the world are more susceptible to spillover, said Tzipori, who will be a lead researcher on the project. Rural areas where people live near wildlife are more likely to see diseases transfer through infected food and shared drinking and bathing water. Farms and markets that keep domestic and wild animals in close proximity heighten the risk of a virus or other pathogen jumping between species, as does hunting bats, monkeys, pangolins, civets, and other game known as “bushmeat.”

It’s the project’s focus on what people can do differently in their daily routines to stop infectious diseases that makes program director Deborah Kochevar, a senior fellow at The Fletcher School of Law and Diplomacy, believe it can succeed.

“This project builds on the work of USAID’s Emerging Pandemic Threats program to understand dynamic infectious disease interfaces among animals, people, and the environment,” said Kochevar, dean emerita and former Henry and Lois Foster Professor at Cummings School of Veterinary Medicine. “Tufts veterinary and medical school faculty have contributed extensively to the EPT program over the past ten years. STOP Spillover broadens our interdisciplinary and interprofessional involvement to include veterinary, medical, nutrition, engineering, and global health diplomacy expertise.”

With that in mind, the project will work with 10 nations in Africa and Asia to create country-specific plans for sharing knowledge about emerging pathogens, reducing risks, and responding rapidly should outbreaks happen.

One aim is to empower local expertise in those countries and “strengthen their capacity to gain critical knowledge about how viruses emerge, and to refine and use that knowledge effectively, efficiently, and sustainably to reduce the risk of zoonotic viral spillover and spread,” said Hellen Amuguni, an associate professor at Cummings School.

Infectious disease experts at Cummings School, known internationally for its contributions to the successful campaign to eradicate the livestock disease rinderpest, will play a key role. Cummings School faculty on the EPT program, led by Tzipori and working with the University of Minnesota, supported the establishment of two university networks comprising dozens of institutions in Asia and Africa. These two networks, Africa One Health University Network (AFROHUN) and Southeast Asia One Health University Network (SEAOHUN), educate and train students and graduates in pandemic preparedness. These networks are essential partners and played important roles in securing the current project. 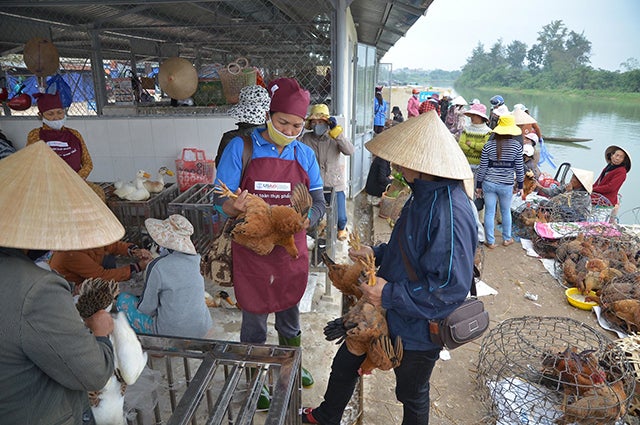 In fact, the project will work from the ground up, with the countries themselves helping to decide what gaps need to be filled, be it better health communications or testing technologies. Ideally, the countries will collaborate with each other directly and share expertise.

“We want to walk away at the end of five years having helped to build the capacity of these countries to recognize these pathogens, to be able to respond to them, and should they break out, to ameliorate them,” said Jeffrey Griffiths, a professor at the School of Medicine who is well versed in human, animal, and environmental epidemiology.

Although Tufts has strong health-science expertise, its constellation of schools offers more than a microbiologist’s view of infectious diseases, said Caroline Genco, vice provost for research. And that, she suspects, is what made Tufts’ proposal distinctive. “The call is a little different,” she said. “It has to do with policy, on-the-ground work in the community, and civic engagement. That’s what Tufts is great at. We have diversity in how we look at this.”

At the School of Engineering, Associate Professor Daniele Lantagne brings a body of research on water, sanitation, and disease outbreaks in low-income countries. Meanwhile, team members from the Friedman School of Nutrition Science and Policy, the Feinstein International Center, and The Fletcher School of Law and Diplomacy will bring relationships with international public- health programs and experience with complex emergencies.

The Broad Institute, one of the project partners and an expert on viral genomics, will be working with Tufts to adapt its diagnostic tools for use in this project. But STOP Spillover will involve far more than testing wildlife for pathogens. The goal is to look holistically at the entire “spillover ecosystem,” taking into account the cultural, economic, political, and environmental factors that make viral spillover and spread likely.

One investigative path will be figuring out why people eat certain wild animals—is it culturally important or just what’s available or affordable?—and then devising ways to change those behaviors.

“Many people think that the solution is as simple as shutting down wildlife farms or markets,” Amuguni said. “But these markets and farms are a source of livelihood for people.”

Griffiths agreed. “People are engaged in these behaviors because it allows them to survive,” he said. “What you want to do is figure out how to get around it.”

In some cases, “the solutions are as much in the realm of economics as in the biological sciences,” said Patrick Webb, Alexander MacFarlane Professor at the Friedman School. “What foods do people buy? Why do they spend on that instead of something else? And what are the economic incentives that we can put in place to change those decisions?”

Governments, for example, could enact policies that make other forms of meat, eggs or other nutrient-rich foods cheaper than bushmeat.

Ecology, too, plays a large role in pandemic risks. Deforestation can force wildlife to move closer to humans, increasing the chances of a disease spillover. At the same time, more frequent droughts in countries such as Uganda have prompted farmers there to cultivate more acreage—sometimes encroaching on wildlife habitats—in a bid to salvage some crops should others fail.

“Vulnerable farmers often push farther and farther into the forest margins, just to try and have an insurance policy by expanding the land area that they cultivate,” Webb said.

Here, the solutions could be technological: Farmers might change that practice if they have access to better seeds, better markets, and better irrigation.

The project will look at how spillover is influenced by pollution, climate change—even gender. (Hunters are typically men, but women are often responsible for the nutrition and health of a household.)

Tufts scientists have long recognized that human, animal, and environmental health are interconnected—a concept known as “One Health.” The shocking consequences of the COVID-19 pandemic have driven that message home.

“If we disrupt animal life cycles, we may be inviting their pathogens to come on over and join our human families,” Kochevar said. “Humans need to be thoughtful about the impact they have on other living things. We need to appreciate that our human health depends upon the health of other creatures and the integrity of our shared ecosystems.”