A Fresh Take on Food Hubs 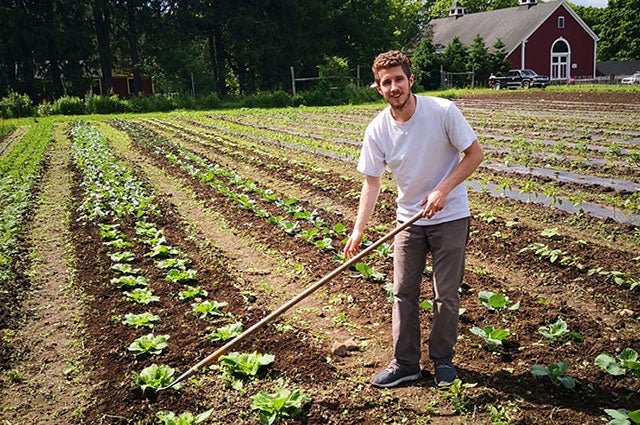 The Sacramento Valley Food Hub, a food distribution platform connecting beginning farmers with schools, hospitals, and other institutional customers, received both the $20,000 first prize and the $5,000 audience choice prize at the Oct. 7 competition, which was held on Zoom. Five teams participated in the annual competition, which is held in collaboration with the Tufts Gordon Institute and open to Tufts students, alumni, staff, and faculty.

The team behind the Sacramento Valley Food Hub consisted of New Entry Sustainable Farming manager Jacob Weiss, N20, and his classmates Cyrena Thibodeau and Emily Moschowits, among others. Weiss delivered the team’s 10-minute pitch and answered questions from judges, who included representatives from Friedman and various food, wellness, healthcare, and investment companies.

A Sacramento native who has worked on several small farms, Weiss decided to create the platform after observing a growing demand for local, sustainable produce; rising rates of food insecurity; and the struggle of small farms to access the larger market.

“Throughout all this growth and investment, I want to make sure beginning farmers in marginalized communities don’t get left behind,” Weiss said. “We see ourselves being advocates for farmers, because of having those tight relationships and knowing them really well.”

These partnerships make the project unique among food hubs, Weiss said. “Our stuff is picked the morning of, not two or three weeks before. In my experience, hospitals and schools are willing to pay that difference,” Weiss said. The food hub will later offer pre-cut and frozen produce, and partner with farmers’ markets and other food hubs, he added.

Upon winning the first place prize and audience prize, Weiss became emotional, thanking the judges, his competition mentors at Manna Tree, and Karen Bressler at the Gordon Institute. “I’m pretty speechless,” Weiss said. “Thank you for believing in the idea.” 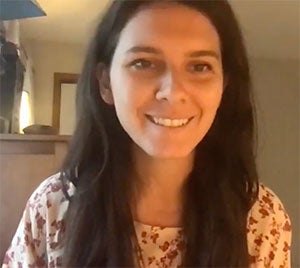 Friedman School Professor Jeff Blumberg, who oversaw the judges’ deliberations, said it was a difficult decision. “These are some excellent pitch plans,” he told the teams. “The judges were just thrilled to see everything you had to offer.”

Weiss also addressed the teams in the spirit of a true entrepreneur. “You should all do your things, too,” he told them. “They sounded really cool, and I’m happy to bounce ideas off each other.”