Representation is not equitable for people of color and the poor, new book by Tufts professor shows 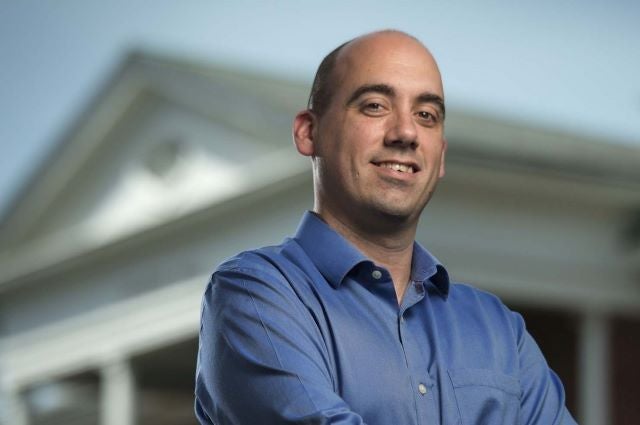 The killing of Michael Brown, an unarmed Black 18-year-old, by a white police officer in 2014 in Ferguson, Missouri, inspired massive protests calling for an end to police brutality. For Tufts professor Brian Schaffner, the case also shone a spotlight on the importance of equitable representation in local government.

A predominantly white grand jury chose not to indict the officer. Months later, the U.S. Justice Department declared that Ferguson’s criminal justice system had to be overhauled. Officers in the predominantly Black city’s nearly all-white police force had stopped and handcuffed people without probable cause, used racial slurs, and deployed stun guns without provocation, and the city was running the police and courts as a moneymaking venture, the federal agency said.

When Schaffner learned about this injustice, he wondered: Who was running the local government?

“Ferguson is a majority Black community, but when the protests started there, people quickly noticed that there was only one African American on the city council,” said Schaffner, the Newhouse Professor of Civic Studies and co-author of the new book, Hometown Inequality: Race, Class, and Representation in American Local Politics.

More Black residents might have been on Ferguson’s council if the city’s local elections were held at the same time as national elections, Schaffner said, because Black citizens made up more than half of the voters there in the 2012 presidential election, but only about one-third of the voters in the local election months later.

“If Ferguson had elected its city council at the same time as the presidential election, you probably would have had a lot more African Americans on the city council, and maybe the police department would have been more accountable to the needs of the African American community,” he said. “But instead, those elections were held at a time when very few people voted, and the people who did vote were overwhelmingly white.”

The result? A mostly white city council. That example motivated Schaffner and his two co-authors to study how race and class affect local politics. They found that unequal representation is pervasive in the United States.

White, wealthy people are more likely to serve as local officials, Schaffner said. And they make decisions that more often align with the concerns and preferences of white, wealthier residents than with those of people of color and poorer residents.

Using data that has only recently become available to researchers, Hometown Inequality is the first book of its kind to analyze a representative sample of communities across the country, ranging in size from Oakland, Calif., to Morrison, Colo., a town of about 400 people.

Tufts Now spoke with Schaffner to understand why local governments favor white, wealthy residents and what can be done to make those governments more representative of their constituents.

Tufts Now: We often think that local government must be better at representing people because it’s closer to its constituents. Is that true?

Brian Schaffner: People have often assumed that. But a lot of the inequalities that we see at the state level and in national politics also exist in local politics. Local governments aren’t this special case, representing people better or more equitably than other levels of government do. In fact, a lot of those inequalities are just as pronounced at the local level, and sometimes even worse.

Are people being elected to local governments in numbers that mirror the percentage of the population who come from a similar background?

We also find that, while it’s not as bad as you see in Congress and state legislatures, we still see at the local level that those who are elected to office tend to be more wealthy on average than people that they represent. People who are elected to local office look more like some of the people they represent—white, wealthier homeowners—and less like racial and ethnic minorities and renters and people who make less money.

Why are those people elected more?

There are lots of reasons. One is that the people who run for office tend to be whiter and wealthier than their constituents. That’s something we see at all levels of government because people with more socio-economic resources tend to find it easier to run for office and are more likely to be recruited to do so.

And then turnout in local elections is really low and it tends to be really biased. On average, maybe 20 percent of a community will turn out to vote in a local election, and those people don’t look like all the residents. They are the people for whom voting is easier, for whom engaging in the political process is easier. They are overwhelmingly older, white, wealthy people.

In the book, you talk about a different form of representation, not just representing the type of people who live in the community, but also the policies they prefer. Do local government officials do that equitably?

It’s certainly possible. Just because someone is a white, wealthy property owner in a community doesn’t mean that they can’t represent the racial minorities or the poor people or the renters. But it does mean it’s less likely to happen. In fact, we find that the people who are elected tend not to pass policies that disadvantaged groups would want, and they’re more responsive to what whites and wealthier residents in the community want.

What’s an example of a local debate where this would play out?

Low-income housing. Wealthier, white individuals might not want zoning policies to encourage low-income housing, and yet it would benefit racial ethnic minorities or the poor citizens in the community. Generally when those differences of opinion exist, it’s the whites who get their way.

There are lots of other examples: credits for utilities, for poor people who can’t pay their utility bills in the winter; public transportation; local community health provision. For all these things, it’s not enough for African Americans or Latinos or the poor in a community to want these things; basically they only get those things if whites also want them.

You’re talking about both race and class. Are those equal factors?

In more than half of the communities where African Americans are a majority of the population, we still found that they got worse representation than whites. That wasn’t necessarily the case when we looked at wealth and class.

So local governments are consistently favoring white, wealthy residents. What efforts have been made to change this, and why haven’t they succeeded?

It’s been really hard to study these issues at the local level until recently, and so to some extent we didn’t know how bad the problem was. That said, people obviously know that inequality exists and there are reforms that people believe would make a difference.

There’s a belief that when you elect city councilors in districts rather than at large, that that’s going to help minority populations get better representation. We find some evidence that that does help them to elect more people who look like them to the council, but it has less of an effect on the policy representation that we’re talking about. That reform didn’t make nearly as much difference as we thought it would.

What would make a difference?

The biggest and most important reform that could be made to make local politics more representative of the population is to have local elections held at the same time as we hold other elections, like statewide elections or national elections.

Has that happened anywhere in the U.S.?

California recently decided to make most of its municipalities hold elections at the same time that they’re holding state elections. You immediately saw a big increase in turnout in these municipal elections, and there’s some research so far showing that that had the knock-on effect of making, for example, school boards more responsive to the needs of the community than they had been in the past.

When communities experience demographic changes—for example, if whites move away and immigrants of color move in—does local government lag in who it’s representing? Is that part of what’s going on?

That’s definitely a factor. It takes people who have moved to a community a while to get their bearings with regard to local politics. There’s also the incumbency advantage, which exists at all levels of government, but is especially powerful in local politics, where a lot of how people vote is just name recognition.

So I think you almost have to wait for incumbents to retire before you start to really see any real change in the representation on the council in a local community. Not to say that those groups couldn’t mobilize and take control of government—it’s just that they don’t.

What is the impact of local inequality on a national level? Does it scale up?

Local government is not representative now, so you get rich white men running for and winning local office, and they end up in state legislatures and Congress, and they act less equitably than if our elected officials better reflected the diversity we see among the American public.