Be a Civic Leader: Vote and Help Others Vote, Too

Op-Ed: As early voting begins, signs of growing participation are encouraging, but there are still red flags signaling risk for our democracy 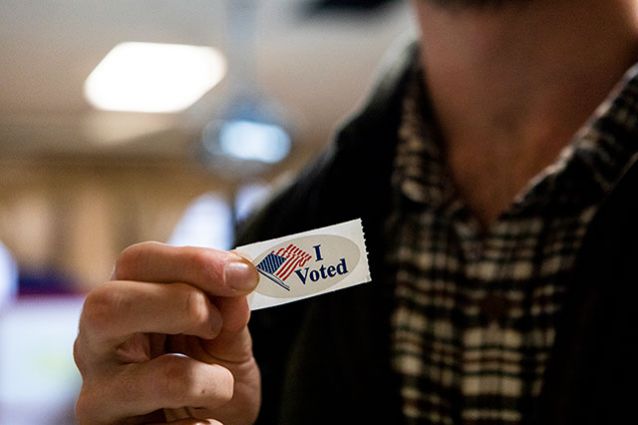 The 2020 election is underway. Early voting began Oct. 17 in Massachusetts, and the voter registration deadline is nearing. Millions of Americans are already voting safely and securely, either by mail or in-person during early voting periods. On the first day of early voting in Texas, Harris County set a new record with more than 128,000 ballots cast. From Georgia to Ohio, long lines of socially distanced voters have wrapped around polling places.

Whatever one’s political affiliation, these indicators of growing participation are encouraging. They are signs that, despite a devastating pandemic and many other challenges we face as a nation, the American people want to be heard, and they see voting as an expression of our shared civic responsibility. Many Americans—especially young people—are continuing at the ballot box what they started in the streets. A study by Tisch College’s Center for Information & Research on Civic Learning and Engagement (CIRCLE) found that 27% of young people participated in a march or protest this year, up from just 5% in 2016. In that same poll, 60% of young people said they’re part of a movement that will express its views by voting.

Even as we celebrate this level of civic action with young people leading the drive for political change, there are red flags signaling risk for our democracy. The long lines at polling places are a sign of voter enthusiasm, but they also reflect efforts to suppress the vote that have plagued American elections for far too long. In 2020, that suppression is taking many forms: challenging deadlines for absentee voting, illegally purging voter rolls, limiting vote-by-mail drop boxes, and restricting voting hours and locations. Voters across the country are experiencing electoral whiplash as the rules shift on a seemingly daily basis and are frequently challenged and reversed in court.

We know that voter suppression tactics disproportionately impact young voters and voters of color. A study by the Brennan Center of the 2020 presidential primary in Wisconsin showed that battles in the state legislature and in the courts over the voting process, and the resulting consolidation and closure of polling places, reduced overall turnout and depressed Black turnout in particular. These same dynamics also hinder the participation of young people, many of whom are new to elections and need accurate information about when, where, and how to register and vote. That is harder to do when the process is characterized by chaos and uncertainty. 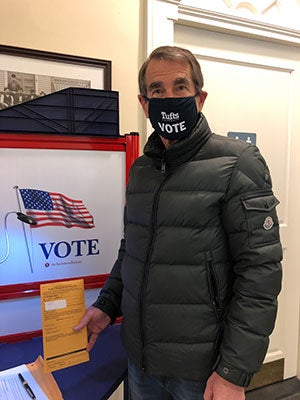 In order to make democratic participation easier and more inclusive for young people, automatic voter registration, pre-registration of 16- and 17-year-olds, and paperless online voter registration should be universal. And we should seriously consider lowering the voting age, at least for local elections as has been done in several cities across the country. We also need comprehensive and equitable civic education that incorporates nonpartisan teaching about elections and voting. Young people don’t magically learn how to vote, or about the importance of voting, any more than they magically learn trigonometry. They must be taught early and taught well. As our research shows: let’s think not only about registering and mobilizing young voters, but about “growing voters” from an early age.

And the task of growing voters doesn’t end at age 18. Colleges and universities can and must do more to advance a fundamental mission of higher education: to educate students for democracy. I’m immensely proud of the work we’ve done at Tufts University to promote and facilitate voter engagement, led by Tisch College, the JumboVote coalition, and the university’s leadership at the highest levels. We created vote.tufts.edu to serve as a one-stop shop for voting information and resources. President Monaco filmed a video encouraging and empowering students to vote. We are making sure that every part of the university, including critical offices like mail services, is up to the task of ensuring that every student can vote in 2020. We have even had the support of alumni, like the leaders of Lookalike Productions, who produced this video about the power of the youth vote.

Many of these efforts have been guided by the research conducted by Tisch College’s Institute for Democracy & Higher Education (IDHE), which studies voting on college campuses and provides evidence-based best practices and recommendations to more than 1100 colleges and universities. Thanks to IDHE’s research and the data it provides for campus mobilization, voting by college students in the United States doubled from 19% in 2014 to 40% in 2018. At Tufts we did even better, increasing from 18% to 45%.

The 2020 election will potentially see even higher voter participation at Tufts and across the country. But we can’t take that for granted; we have to work for it. Make a plan to vote, vote early, and help make sure your friends and family vote. If you can, sign up to be a poll worker. Embrace your responsibility as a civic leader who is charged with safeguarding and strengthening our democracy for generations to come.

Alan D. Solomont, A70, A08P, is the Pierre and Pamela Omidyar Dean of the Jonathan M. Tisch College of Civic Life.