Memoir as a Path to Powerful Truths

Bookish: Michelle Bowdler talks about her book “Is Rape a Crime?”, what led her to write later in life, and the books that matter most to her 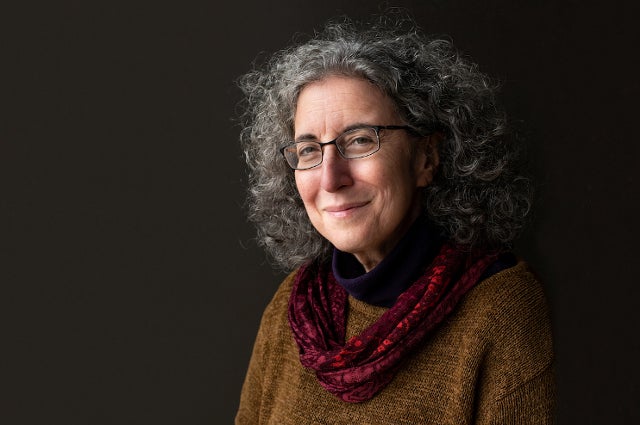 At Tufts, Michelle Bowdler is well known as the executive director of health and wellness—a critical role during the pandemic. She is also the author of a powerful new book, Is Rape a Crime?: A Memoir, an Investigation, and a Manifesto, which was longlisted in September for the National Book Award for nonfiction as well as named one of the best books of 2020 by Publishers Weekly. It was also named by Time magazine as one of the 100 Must-Read Books for 2020.

“Bowdler’s own 1984 assault acts as a catalyst into a career of advocacy in this impeccably researched narrative of rape culture, revealing the deeply flawed systems intended to deal with sexual violence, and interrogating how our society views rape,” wrote the National Book Foundation in announcing its choice.

Bowdler argues that rape cases are treated by police as less important than other felonies, and, too often, are dismissed without an investigation. She discusses in depth the hundreds of thousands of untested rape kits in warehouses and crime labs across the country, and asks readers to consider why evidence from felony crimes has been disregarded in such magnitude. She also offers an analysis of the small number of rape cases that move forward in the criminal justice system.

The book had been out for only about eight weeks when it made the National Book Awards longlist, drawing widespread attention to its serious subject. Bowdler says her book addresses “a hard topic,” but “also contains a lot of hope.”

Bowdler has long been an active reader—favorites include Carson McCullers, Adrienne Rich, and Virginia Woolf —but she didn’t seriously begin to write this book until the past five years. “I want to encourage anybody who feels passionate about something, that’s important and meaningful, to pursue it,” she said. “I did and it really changed my life.”

Michelle Bowdler: I have been reading a lot of memoirs. I just started Kamala Harris’ autobiography, and recently read What We Carry, a fantastic book by Maya Lang about her mother, who was a psychiatrist who worked with elderly people with dementia, and then herself gets Alzheimer’s. It’s about how their relationship changes and about caretaking, and it’s beautifully written.

Have you always been intrigued by memoirs?

No. In the past I read a variety of fiction and nonfiction, but I got more interested in memoir over the last five years, when I realized that was what I was writing. I took a year-long memoir-writing class at Grub Street.

For people who don’t know, Grub Street is an amazing writing collective in Boston, often for non-traditional writers who maybe don’t have their M.F.A., but want to pursue their skills.

We read a lot of memoirs in the class, and it taught me a lot. And since then I’ve been much more interested in the craft and how other people manage to tell a story.

What were some of the memoirs that have stayed with you?

In the class, we read passages from The Liars’ Club—Mary Karr was our shining star, the first person who really popularized memoir where it felt like creative nonfiction. We also read a book called Son of a Gun, by Justin St. Germain, about a son’s very complicated relationship to his father.

One of my all-time favorites is a book called Name All the Animals, by Alison Smith. It’s probably one of the single best books about grief I have ever read. The author’s older brother dies in a car accident very early on in the book, leaving behind Alison and their grieving parents. She tells the story in a way that is just so beautifully written and very moving.

Are there books that you read to research your book?

I reread Judith Herman’s Trauma and Recovery. It is a very scholarly and pivotal book for the way that people think about trauma. I quote it widely in my book—it’s one of the most important books I’ve ever read.

I also read some essays in Indelible in the Hippocampus: Writings from the Me Too Movement. The title of the book refers to a comment that Christine Blasey Ford made during the Kavanaugh hearings, which talks about where trauma resides in the brain. There are a number of essays by really talented writers about trauma—I found that very instructive.

And I reread passages from Anita Hill’s Speaking Truth to Power, which was also important to me. I talk in my book about the Thomas hearings and about meeting Anita Hill at a certain point in my life. She addresses speaking publicly about something that is so personal and so difficult; it was important for me to read and try to integrate into my own writing.

What’s it like being a first-time author and realizing this dream after so long?

I think it’s natural for anybody interested in writing to wonder if they have missed the opportunity to write seriously if their career has taken a different direction.  I just want to say for the record that I’m in my late fifties and I took a non-traditional path to writing. As I said, I took classes about the craft of writing, and I wrote the book in about five years. It was auctioned by two major top five publishers and it was nominated for a National Book Award.

And as much as I’m shocked about that—it’s still hard to believe—I want to encourage anybody who feels passionate about something, that’s important and meaningful, to pursue it. I did and it really changed my life.

What would you say are the last great books that you read?

Grace Talusan, a faculty member at Tisch and also a Tufts alum, wrote The Body Papers, which won the Massachusetts Book Award recently. It’s gorgeously written and takes on a lot of very personal and yet also universal topics. But what she does—and what I hope my book was able to do—is to write beautifully and honestly and tenderly all the while discussing difficult and unimaginable topics and holding the readers. I know it’s a book that will last and be read for many years to come.

I really love Carson McCullers; she’s been a favorite of mine for decades. I find that when I’m looking for writing that matters to me, I pick up The Heart Is a Lonely Hunter and I read passages of it again and again. And I will also sometimes pick up Virginia Woolf, particularly A Room of One’s Own and her essays, because they resonate with me so deeply.

Were there books that you particularly enjoyed or that inspired you as a child and young adult?

I was a kind of curious kid. I remember when I was really little going into the library and looking for Harriet the Spy books. In my teen years, I was in high school in rural Ohio, and I have memories of reading a lot of popular books rather than the classics.  I also read a lot of Kurt Vonnegut and I really liked his books at a young age.

It was really in college when I felt like my tastes developed. I was introduced to poetry, and became a fan of Yeats and Adrienne Rich, and later came to love authors Grace Paley, Carson McCullers and some of the other Southern Gothic women writers.

And then I took a class in Dickens and Dostoyevsky and it opened my mind in a way that I never expected. It was a gift to read the way each of these writers made characters come alive and the ways their stories got told. Majoring in English and American literature changed my life, opening me to a much larger world and the ways in which books can impact our thinking.

This is Banned Books Week, as we are talking. It makes you realize the power of books, that some people would even go so far as to want to ban them.

It’s really heartbreaking—it makes me think about really dangerous times in our world. Some of those banned books are children’s books that are about early identity as an LGBTQ child or living in an LGBTQ family—which is my family. I would really like to have these books around for a long time to come. They are very important.

There’s one I just took out this week called Julián Is a Mermaid; it’s a beautiful storybook about a little boy who dresses up as a mermaid. He’s afraid that his abuela is going to be mad at him, and instead she helps dress him up in pearls and they go out into a parade. And that’s one of the books that certainly would be complained about in some schools or libraries in certain parts of the country. I’m proud to have it on my bookshelf, as well as so many others like it.