A Writer Reflects on Journeys and Memories

Mary Morris, J69, talks about her memoir “All the Way to the Tigers,” books that inspired her to become a writer, and what she’s reading now 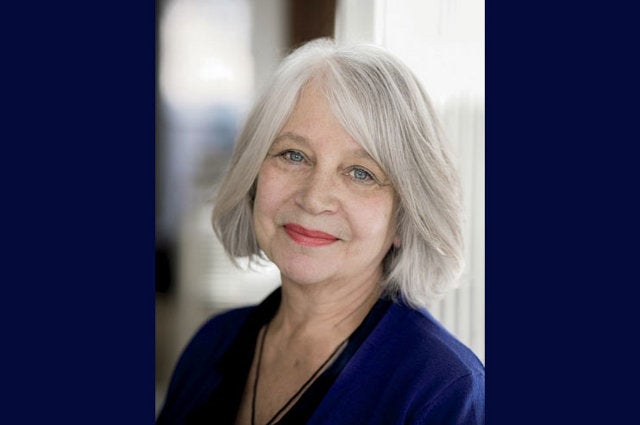 Ice is unforgiving, as Mary Morris, J69, learned back in 2008 when she shattered her ankle in a skating accident. But it was that accident that propelled her on a rejuvenating three-year odyssey both physical and deeply personal, which she recounts in her new memoir All the Way to the Tigers.

Her quest to see the wild tigers of India provides the spirit of the memoir, but as always, Morris travels into personal realms as well. She braids together her travel experiences with memory’s many-colored threads: a childhood growing up outside Chicago; her first passport (for a 1962 trip to Europe with her mother, an avowed Francophile); the trials of being an impatient shut-in (“from the start I had a bad relationship with the wheelchair”); and a quest to see a creature that held a mystical sway over her imagination since she was a girl.

Travel has long exerted its gravitational pull on Morris. Her 1988 travel memoir, Nothing to Declare: Memoirs of a Woman Traveling Alone, became “an instant feminist classic [that] expanded the borders of its male-dominated genre,” according to the Washington Post.

Morris, who teaches at Sarah Lawrence University, is also the author of eight novels, including Gateway to the Moon, The Jazz Palace (winner of the 2016 Anisfield-Wolf Book Award for Fiction), A Mother’s Love, and House Arrest.

Tufts Now: I’d like to ask first about the influence of books in your life as a reader and a writer.
Mary Morris: There is no separation to me between my love of reading and my love of writing. One of the reasons that I wanted to be a writer was because I would become so deeply engaged in the stories I read that I wanted to write my own stories, ones that would reach someone in a deep way, or transport them to another place. I think transporting is an important word, especially in the time of the COVID quarantine, because we all need to feel transported.

What books do you remember being among your favorite?
The first books that I just devoured were Nancy Drew mysteries. Here was a young girl being a detective and solving crimes—I found her very empowering. And I soon fell in love with books like Jane Eyre and Little Women. I always loved stories. My dad was a great storyteller. If I was reading a book I loved, my mother, to her credit, would occasionally let me stay home from school to finish it.

As a young reader, did you know you wanted to be a writer?
I had a wonderful third grade teacher, Miss Dorsh. I put teachers among the saints—especially the kind of teachers that I had who really dedicated their lives to the kids that they taught. If I was working on a story, Miss Dorsh always let me stay in from recess. She apparently wrote on my report card, “Mary’s going to be a writer. I have no doubt.”

As I was reading your latest book, I kept thinking that your writing has a lot of breath in it—it is clean and open. Who influenced  your writing?
One of the great influences on my writing was Willa Cather—My Antonia and Death Comes for the Archbishop and her brilliant novellas, including one that remains to me one of the most beautiful novellas ever written, Lucy Gayheart. What I love about Cather—and I think it’s because I’m from Illinois and I understand it—there’s a lot of room out there in the prairie.

When I read Cather, she lets me breathe between the sentences. That comes with growing up in Illinois—it gave me a sense of space. There is just something about Midwestern writers and writing, especially those who got away—and I consider myself one who got away—that we bring that landscape with us.

You wrote that your most recent book, All the Way to the Tigers, was inspired by a sentence in Death in Venice—can you recall that moment? 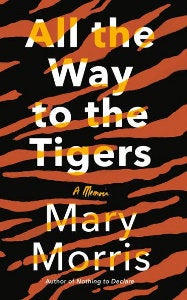 Yes. I teach a class called The Writer and the Wanderer that focuses on stories that happen during journeys. I was putting together my syllabus, and I knew that Death in Venice was about a journey, but I hadn’t read it, and I thought, “Well, I’ve got the time.”

I think it was Easter Sunday and I was stuck on my couch, home alone (my husband works on Sundays), when I read this phrase: “He would go on a journey. Not far. Not all the way to the tigers.” That was a eureka moment. I had been fascinated with tigers all my life, so it wasn’t that big of a reach exactly, but I guess it was just one of those palpable moments where something occurs and you realize: “OK, so that’s what’s going to happen. That’s the journey that awaits me.” When I could walk again, I knew I would go “all the way to the tigers.”

What books have you found inspirational as a fiction writer?
I think there are probably four or five books that made me say to myself, “I’m going to be a writer.” One Hundred Years of Solitude was definitely one of them; Crime and Punishment; Willa Cather’s Death Comes to the Archbishop. One of the writers I consistently still read is Joyce Carol Oates. I love the energy of her prose. I read a lot—and usually deeply. As a teacher of mine once said, “Writers don’t read, they ravage.”

A lot of my reading has to do with what I’m writing. Right now I’m writing a book that’s very complicated from a structural point of view, so I’ve been rereading Anthony Doerr’s All the Light We Cannot See. It’s really helped me think about structure and the shape of chapters.

Whatever book I’m working on definitely fuels what I’m reading—right now I’m reading a lot of Caribbean literature. Marlon James wrote a book called A Brief History of Seven Killings, about Jamaica, but he also wrote a previous book set in a time of slavery, called The Book of Night Women. I could not put it down. I’m also reading Alice Hoffman’s The Marriage of Opposites, which is a wonderful novel about the life of Camille Pissarro set in the Caribbean.

And I am drawn, in general, to the big, epic, sprawling books: Rachel Kadish’s The Weight of Ink; Pachinko, by Min Jin Lee; Homegoing, by Yaa Gyasi; The Overstory by Richard Powers. And Christina Baker Kline has terrific new book out called The Exiles.

Are there any memoir writers you would recommend?
For me, it’s all about the quality of the writing and the story they’re telling. I can recommend Dani Shapiro’s memoirs; I think Inheritance is quite good. I love Michael Ondaatje’s terrific memoir about his trying to make peace with growing up in Sri Lanka, called Running in the Family. There’s a very harrowing, disturbing memoir called The Kiss by Kathryn Harrison. And I loved The Glass Castle by Jeannette Walls. I have to include one more, Wild, by Cheryl Strayed.

What books might one find on your bedside table right now?
Again, because of the confluence of books with what I’m working on, I’m reading History of Slavery in Jamaica and History of Jews in the Caribbean. I’m also reading the new Joyce Carol Oates—and the new Jodi Picoult. I love it. She was my student at Princeton. I also have a Robert Bolaño on my bedstand.

When you went to Tufts, were there any memorable books you read in school or anything that might have guided you?
I studied with such incredible people. One of them was a French teacher named Georgette Pradal. I remember we read passages of Proust and we were all a little put off by the difficulty and, quite frankly, bored.

And she said, “When I was your age, Proust meant nothing to me either. But now that I am older, he means everything.” I never forgot that. Years later in graduate school, when I read all of Proust in French, and years later when I reread him, I came to understand that we have to grow into certain books. Georgette Pradal taught me that, which I why I’ve never forgotten her.

I also took Russian history with Professor Marcopoulos. He was amazing. I still remember his lecture on Rasputin. It was a very famous; all of his former students, when they knew it was the Rasputin day, would come back. The room would be packed with people who wanted to hear yet again how Rasputin was murdered.

And I took Soviet literature with Sol Gittleman. I remember he said, “Look, here’s what you need to know. It’s all going to be ‘boy meets tractor.’” So those were very formative people in terms of shaping how I came to think and see the world.

Carlton Dallery in the Department of Philosophy was also important; his ethics class taught me about consciousness—and he was the first teacher who asked us to call him by his first name. As a teacher myself, I know what this means. I have been teaching for over forty years and I have never wanted my students to call me Professor Morris.  I want them to know that we are on equal footing and that I learn from them as much as they learn from me.

You’ve won a lot of literary awards and had much success as a writer. What are you most proud of?
After I graduated from Tufts, I made the decision to not go back to Illinois. I got a job at Beacon Press in Boston, probably one of the most progressive presses in the world at that time, in 1969.

Along with the New York Times, we published the Pentagon Papers, and I was involved with the production of the book. I’m very proud of doing that work. What it meant to get those papers out there—showing the importance of the free press and our First Amendment—it was a great moment to live through.

If I hadn’t studied the French Revolution with Seymour Simches, a wonderful teacher at Tufts, if I hadn’t had a lot of the experiences I had at the university, I would not have wound up at the Beacon Press. I wouldn’t have seen the power of the written word, quite frankly.

Lastly, what does it mean to you to be a reader?
It means to me to be alive, to be curious, to be in the world, to be constantly wanting to learn new things. I’m fascinated by new things, by facts, by science, and by how things, people, and events converge.

A book or a story can also deepen or challenge our sense of self; that’s why that sentence in Death in Venice had such a powerful sway over me. I believe that our lives follow a certain path and often, at an unexpected moment, we’ll meet what we need. It could be a person, it could be an opportunity, and it could always be a book.