New Book Examines Threat of ISIS in the United States 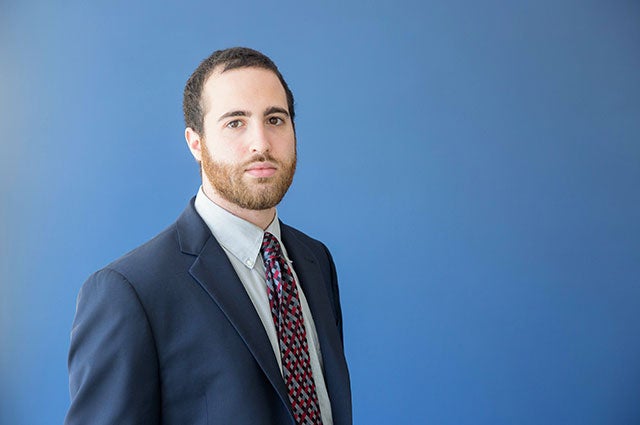 For Bennett Clifford, F21, the Boston Marathon bombing felt close to home, and not just because he grew up in nearby Lexington, Mass.

An undergraduate studying religion and international politics at the time of the 2013 attack, Clifford had spent a summer in the country of Georgia researching violent extremism in the Caucasus. That’s the region from which the Tsarnaev brothers, who were arrested for the bombing after a deadly manhunt, had emigrated.

“There was a lot of discussion around that time about folks with American backgrounds being recruited, and ISIS [the Islamic State of Iraq and Syria] had started popping up on the map,” he says. “But I thought everything that happened with regard to terror in the Caucasus happened over there.”

The attack on U.S. soil by radicalized young men who lived here spurred Clifford to continue his research, first as a research fellow at the George Washington University Program on Extremism and now at The Fletcher School. At George Washington, he met Alexander Meleagrou-Hitchens and Seamus Hughes, who would become his co-authors on the new book Homegrown: ISIS in America. Here, he discusses what they learned.

Tufts Now: How did this book come about?

Bennett Clifford: Despite the large amount of media reporting, there had yet to be a definitive accounting of what ISIS supporters in the U.S. looked like. We collected mountains of data to try to paint at least a partially representative picture for the public.

In some ways it’s impossible to say, because the number of backgrounds they come from is shocking. They’re in all 50 states, and they’re young and old, rich and poor, with different ethnicities and racial identities. They’re as close to a cross-section of the U.S. as you can get.

What kinds of Americans are attracted to jihadist philosophies?

Some feel a religious obligation to the caliphate, which ISIS claimed it established; some feel an obligation to act on behalf of oppressed Muslims; and some of them just like violence.

What about right-wing groups in the U.S.? Which is the bigger threat today?

Since 2017 or 2018 the number of jihadist cases has declined. A lot of people look at this alongside the rise in right-wing terror and say jihadism is not as big of an issue anymore in the U.S. In terms of the sheer number of attacks, other types of domestic terrorists have committed more attacks than jihadist groups or people inspired by jihadist ideologies. But some of the attacks conducted by jihadists in the past five years—including the Pulse nightclub shooting in Orlando and the 2015 shooting in San Bernardino—have been devastating in terms of casualties.

What conditions are making extremism such a threat now?

Three things. First, we’re experiencing an unprecedented wave of political polarization and mistrust in government institutions. Second, social media shortens the amount of time between just believing in the ideology and taking action. And third, our terrorism laws are stuck in an antiquated concept of how terrorism functions in the U.S.

The government’s main prosecutorial tool is the material support statute, that says providing or attempting to provide material support to a foreign terrorist organization is punishable by 15 to 20 years in prison. So first, that does not include domestic terrorists. Second, not everyone’s providing material support. If someone is known by the FBI to be communicating with ISIS supporters on social media, they’re known to have owned a gun, or 100 guns, and they’re known to have rented a U-Haul truck a week ago, they still may not have provided anything to a foreign terrorist organization, so they can’t be prosecuted under that statute. Law enforcement can charge the person with a lesser offence, or maybe with sending interstate threats or making false statements to the FBI.

Why not change the laws?

So there’s both political and societal backlash, and also constitutional issues with conducting investigations on domestic groups. But our major cognitive barrier to addressing this issue is that we have a tendency to think of terror as a threat from without. This is especially the case since 9/11, but to a large extent that attack by non-Americans was the exception to the rule.

What is enabling recruitment?

Extremist groups, no matter the type, tend to use similar recruiting tactics. They encourage followers to cut people off from their lives: You’re now part of this group and anyone who isn’t, including your family, is the enemy. That’s the echo chamber; you’re only talking to others who validate your beliefs and you don’t trust any information that comes from outside sources. I could send an ISIS supporter articles all day long on how many Muslims ISIS kills and how they’re not living up to the ideals of Islam, and they’ll just say, “This stuff comes from the unbeliever media and I don’t trust it.” This is a huge barrier for getting people out of extremist groups once they join.

So how should we be dealing with it?

It’s time to think outside the box. We are very prosecution-heavy; that’s our main strategy for handling extremist threats. We need to give more weight to other types of approaches, such as diverting extremists from their path to violence. We need to turn from a short-term prescriptive response to a longer-term, prevention-based strategy.