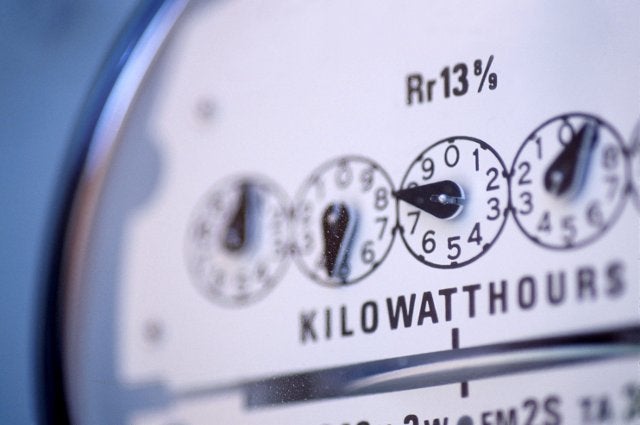 Since the outbreak of the coronavirus pandemic in the United States in March, disruptions to daily patterns of life have become the norm. For the average American, the amount of time spent at home—whether working or avoiding community activities—is among the starkest changes.

It turns out that staying home comes at a financial cost. Recent research by Steve Cicala, an economics professor at Tufts, found that household electricity use in the United States rose 10 percent during the second quarter of this year. The rise in residential consumption means that households spent nearly $6 billion on extra electricity from April to July.

Cicala noted that residential electricity usage has been declining in recent years from a combination of factors, including use of highly energy efficient LED lights and electronic displays, rooftop solar panels, and energy-efficient appliances. The 10 percent increase in electricity consumption sustained over the quarter benefited utilities that have struggled with dwindling sales recently—and cost consumers.

“This is an enormous shift,” said Cicala, who’s work focuses on the economics of regulation, particularly with respect to environmental and energy policy. “Year-to-year changes in electricity consumption tend to be around a single percent.”

Tufts Now recently spoke with Cicala about his research, which was based on smart meter data from Texas and monthly data from around the U.S., the rise in household electricity usage, and what it portends for the future.

Tufts Now: Beyond learning that household electricity use in the United States rose 10 percent, what surprised you about the research?

Steve Cicala: One thing that surprised me about these results coming out of Texas was the persistence. They pushed very hard to reopen quickly, but you still see a lot of people staying home.

Was there a comparable decline in business use of electricity in the same time period?

There was. The decline in electricity consumption for businesses was actually even larger, so that on net, there was a decline overall. While business consumption started coming back after May 2020, residential usage remained high. This meant that by July 2020, the U.S. was using slightly more electricity than it normally would.

What are the short-term and long-term implications for individual households and for the economy as a whole?

For households, this means higher electricity bills. If people think they might be working from home and using more electricity long term, this would be a good time to think about prospective efficiency improvements: LEDs instead of old bulbs and plasma TVs, rooftop or community solar to spin the meter back a bit, or perhaps updating some old power-hungry appliances around the house.

Is there any other kind of economic shifts that are comparable?

There was a comparable drop in industrial usage during the 2008 financial crisis. Although unemployment was also growing rapidly at that time, there was not the kind of increase in residential electricity consumption that we have seen during COVID.

Some have speculated that our new remote working set up is not as green as once believed. Do you agree with that view?

Instead of turning down our thermostats and congregating in more consolidated spaces like schools and offices, staying at home usually means heating and cooling entire houses. It means pre-heating individual ovens instead of using cafeterias. The activities associated with staying at home generally means more electricity usage overall.

This will especially be the case if the long-term future of work from home is spending a day or two per week away from the office—offices will still be open and largely using electricity as normal, but there will also be higher usage at home.