As a member of the American Geophysical Union 2020 Fellows class, Islam is recognized for his work in hydrology 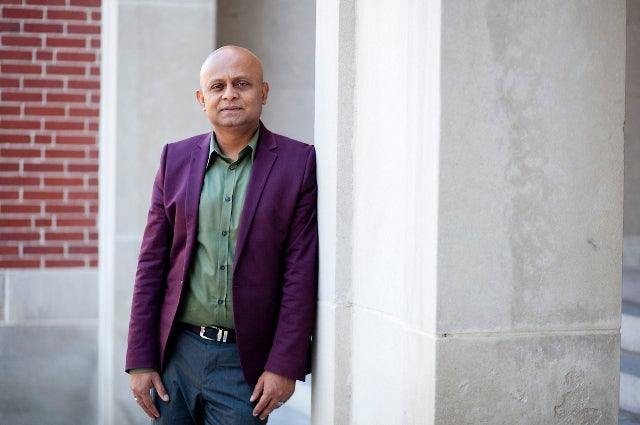 The American Geophysical Union (AGU) has elected Tufts’ Shafiqul Islam to the class of 2020 AGU Fellows. The AGU, the largest Earth and space science professional organization, with more than 62,000 global members, honored Islam “for exemplary contribution and intellectual leadership in hydrology leading to the creation of a new area—Water Diplomacy.”

A professor in the School of Engineering Department of Civil and Environmental Engineering since 2004, Islam was also named a professor of water diplomacy at The Fletcher School in 2008. He is the founding director of the Water Diplomacy Program, supported by a $4.2 million National Science Foundation Grant since 2009.

The program has graduated 26 interdisciplinary Ph.D. students and developed the water diplomacy framework that is now widely used to resolve water conflicts around the world in an equitable and sustainable way. It has also led to the creation of a new degree program at Tufts called Sustainable Water Management, with water diplomacy as a track.

Islam’s work focuses on availability, access, and allocation of water within the context of climate challenges, health, and diplomacy, seeking interdisciplinary approaches that blend science, engineering, policy, and politics. Through a network of national and international partnerships, he is engaged in several national and international consulting and training practices in the United States, South Asia, Africa, and Middle East.

“The emergence of water diplomacy framework was a recognition that science alone will not solve our most pressing water challenges, nor will policy uninformed by science,” he said. “What was needed was an ‘and’ proposition, not an ‘or’. Not only would these new water professionals need to have  proficiencies in both science and policy, they would also need the skills and training to recognize and respond to the complex boundary-crossing nature of many water problems, and the pluralistic interpretation of facts and values.”

The 2016 co-recipient of the Prince Sultan Bin Abdulaziz International Water Prize for Creativity, he has authored more than 100 publications and four books on water diplomacy. His first book has been translated in Chinese, sponsored by the Chinese Ministry of Water Resources through their largest scientific publisher, the Science Press of China. His research and practice have been featured in numerous media outlets including the BBC World Service, Voice of America, the Boston Globe, Huffington Post, Nature, and Yale E360. He is the founding editor of the Water Diplomacy Series (Anthem Press).

AGU Fellows have made exceptional contributions in the Earth and space sciences community through breakthrough, discovery, or innovation in their disciplines. The fellows program “is an elite class with less than one tenth of one percent of AGU membership elected in any given year,” according to AGU.