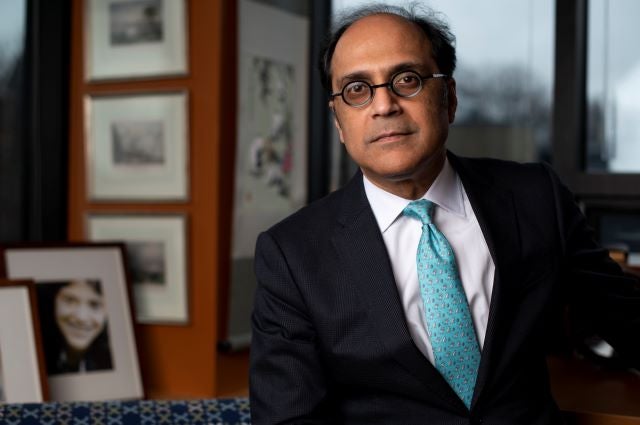 While all countries suffered economically in 2020, they didn’t suffer equally, according to research from The Fletcher School. The United States, South Korea, and the UAE each took smaller hits to economic growth than other advanced nations in the year that was defined by the COVID-19 pandemic.

A country’s economic resilience was often a reflection of how digitally advanced it was, coupled with the amount of trust its citizens placed in institutions, the government, and digital systems, according to Fletcher Dean of Global Business Bhaskar Chakravorti.

“About 20 percent of the economic resilience that countries experienced can be explained by the fact that they were digitally evolved,” he said.

Chakravorti and his team of researchers explored the role “digital readiness” played in coping with the pandemic by examining 90 countries, representing nearly two thirds of the world population. They shared their conclusions in the recently released Digital in the Time of Covid report and Digital Intelligence Index.

The researchers scored countries on their progress toward digitalization, categorizing them as advanced, gaining momentum, losing momentum, or challenged by gaps in digital infrastructure.

Advanced status did not guarantee economic safety. Despite its digital strengths, the United Kingdom suffered financially because much of its economy relies on face-to-face interaction, with 11 percent of its GDP coming from travel and tourism, the research found. Additionally, its government failed to respond to the pandemic in a timely manner, eroding the public’s trust, Chakravorti said.

Contrast that with South Korea, which leveraged its highly advanced digital infrastructure and integrated technology to keep people informed of their COVID-19 and exposure status. These comprehensive efforts kept people home when needed and helped contain the virus, Chakravorti said, which “allowed their economy to maintain a sense of normalcy, not just because people were working remotely–they were actually going into work, to shopping malls, the transit systems, all of which helped cushion the blow to the economy.”

The report also identified countries with growth potential that are at risk due to unreliable or under-developed digital infrastructure. One of those is Nigeria, which has the largest economy in Africa and is a hotbed for entrepreneurship yet remains at the back of the queue in terms of digital evolution and momentum. Chakravorti said this could be reversed with one adjustment: the widespread adoption of mobile payments using cell phones. This technology would be transformational, helping people start businesses and conduct financial transactions more easily, he said.

Additionally, Nigeria–as well as Ethiopia, which is also at risk–suffers from internet shut-downs, either due to poor infrastructure or government censorship, which in turn erodes public faith in digital technology, the report shows. Making internet connectivity reliable at the national level, and then ensuring people are connected at every level regardless of location or socio-economic class could dramatically improve the lives and livelihoods of many.

Chakravorti and his team analyzed 12 years of data and a total of 358 indicators involving digital evolution and digital trust. To do so, they examined digital infrastructure, digital adoption and use, digital regulations, policy, government interventions, innovation, and entrepreneurship. They also created an interactive tool that allows policymakers to better understand the digital gaps between their countries and others, and what actions could be taken to close those gaps.

Chakravorti’s team will soon release a study examining whether digital inequities—such as unequal inclusion of women and people of different socio-economic classes—make a difference in economic resilience.

The team is creating recommendations for the Biden administration to address the US’s current technical challenges. It is also analyzing social media posts across 10 countries to better understand public sentiment over the course of a lockdown and provide guidance for the next time a pandemic hits.

To improve the state of the digital economy for the remainder of the current pandemic and beyond, Chakravorti suggested that governments focus on the level of trust their constituents exhibit.  “What these policymakers didn’t do is understand what’s going on in people’s minds – how much trust do they have in the government, in scientists, in social media,” he said. “Listen to people—how are they feeling about themselves, about science, the pandemic—and use that information to calibrate your policy measures or communicate what you’re trying to do. No government did that.”