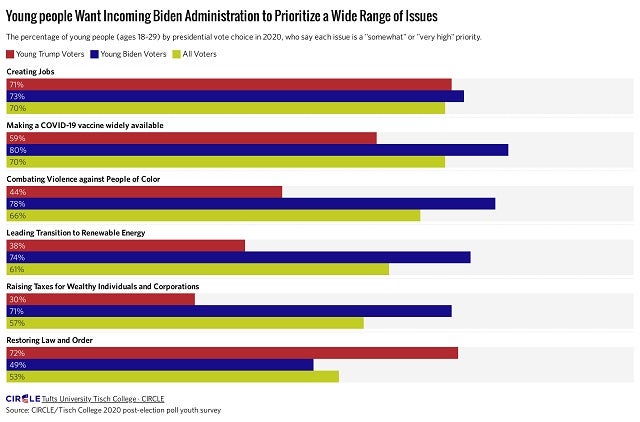 MEDFORD/SOMERVILLE, Mass. (January 12, 2021)—Young people made their mark on the 2020 presidential election with a likely historic level of voter turnout and decisive impact in key states. After the election, young people remain engaged in civic and political life and are poised to continue pushing for change on a wide range of issues, according to findings from an exclusive post-election survey from Tisch College’s CIRCLE.

The survey was designed and analyzed by the Center for Information & Research on Civic Learning and Engagement (CIRCLE), the preeminent, non-partisan research center on youth engagement at Tufts University’s Jonathan M. Tisch College of Civic Life, and was conducted by Gallup, Inc., from November 3-December 2, 2020. Unless otherwise noted, survey results refer to people ages 18 to 29. 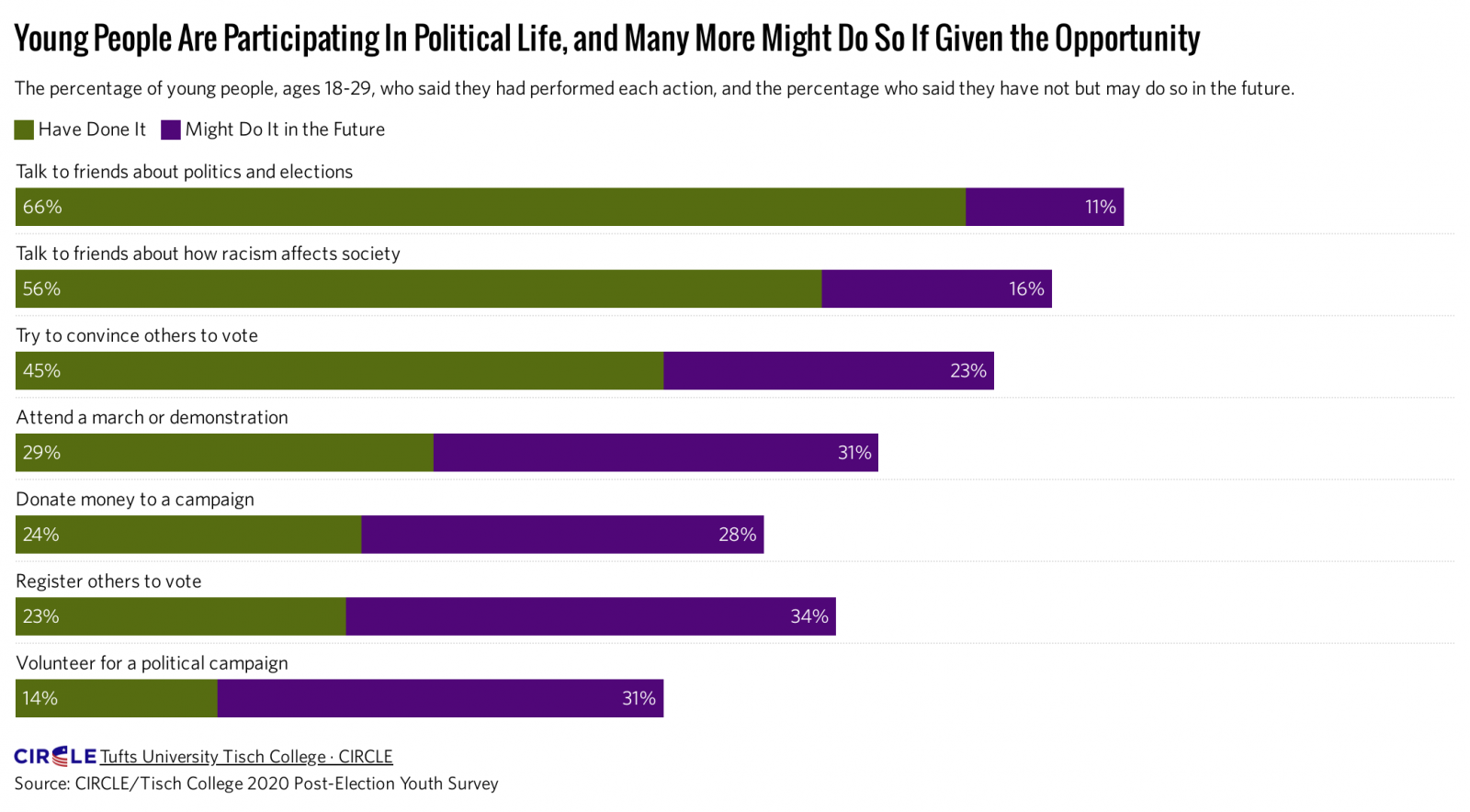 Image via CIRCLE at Tisch College

“Young people raised their voices, organized and voted in potentially historic numbers in 2020, and their leadership continues,” said Alan Solomont, dean of the Tisch College of Civic Life at Tufts University. “Now that the elections are behind us, young people are poised to seize their power to make change on issues they care about and to strengthen our democracy. They know that their continued engagement is needed now more than ever.”

“The 2020 election cycle further cemented the younger generation’s capacity to organize and effect change, often based on their shared commitment to racial and environmental justice,” said Kei Kawashima-Ginsberg, director of Tisch College’s CIRCLE. “It’s incumbent on leaders to listen to, learn from and partner with young people. Young people have high expectations for the incoming Biden administration and are poised to make a difference.”

CIRCLE (circle.tufts.edu) is a nonpartisan, independent, academic research center that studies young people in politics and presents detailed data on young voters in all 50 states. CIRCLE is part of the Jonathan M. Tisch College of Civic Life. The only university-wide college of its kind, the Jonathan M. Tisch College of Civic Life (tischcollege.tufts.edu) offers transformational student learning and service opportunities, conducts groundbreaking research on young people’s civic and political participation, and forges innovative community partnerships. Its work is guided by two core beliefs: that communities, nations and the world are stronger, more prosperous, and more just when citizens actively participate in civic and democratic life; and that higher education has a responsibility to develop the next generation of active citizens.