Immune cells can exacerbate heart failure. A new study reveals a potential way to stop them 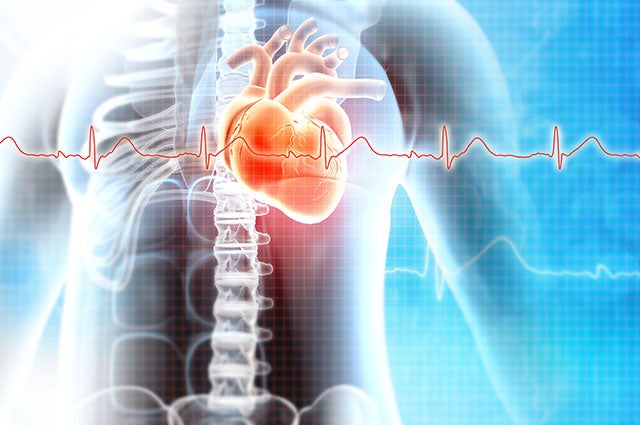 Inflammation is supposed to help protect us—it’s part of an immune response to fight off pathogens and clear infections. But patients with cardiac disease often have chronic inflammation that damages their hearts, even with no infection present.

In a recent study published in Circulation, immunologists at Tufts University School of Medicine in collaboration with investigators at Vanderbilt University and Tufts Medical Center revealed a mechanism that is activating T cells, a type of immune cell, and causing inflammation in the heart.

“Not all inflammation is the same,” says Pilar Alcaide, a Kenneth and JoAnn G. Wellner Professor at the School of Medicine and corresponding author on the study. “We really need to investigate the immunological aspects of the heart and other organs to try to be specific about targeting disease.”

When a heart attack or other issue damages the heart and leaves it unable to pump enough blood to meet the body’s needs, the heart tries to compensate by pumping faster. The cardiac muscle cells have to work harder and this stress causes them to release molecules known as reactive oxygen species.

Looking at the hearts of mice, the researchers determined that products of these reactive oxygen species modify proteins in the heart so that the immune system views them as a potential threat.

“The formation of these new targets is what we found that our T cells are robustly responding to,” says Jay Ngwenyama, GBS20, the lead author on the study. “And this ultimately leads to inflammation that affects the heart.”

The researchers confirmed that these modified proteins also appeared in the cardiac tissue of human patients whose hearts were failing.

Chronic inflammation can cause structural changes to the heart—the muscle can become enlarged or develop fibrous tissue, impeding its ability to pump blood efficiently and leading to further deterioration. But anti-inflammatory treatments or attempts to broadly target reactive oxygen species have yet to be successful, Ngwenyama says. They often end up interfering with other aspects of the immune system or necessary physiological processes.

With this improved understanding of how T cells are being activated in patients with heart disease, the researchers hope to develop more targeted treatments. They have already tested one possibility in mice: an agent that binds to the specific molecules altering cardiac proteins.

“We were actually able to prevent the inflammation and cardiac dysfunction that typically occur,” Ngwenyama says. “So we’re hoping that down the road this could have some significant implications in terms of treating humans for heart failure.”