How Race Affects U.S. Politics, from Elections to the Capitol Attack

Democratic strategist and author Zerlina Maxwell, A03, discusses how the country is changing—and how its politics should become more inclusive 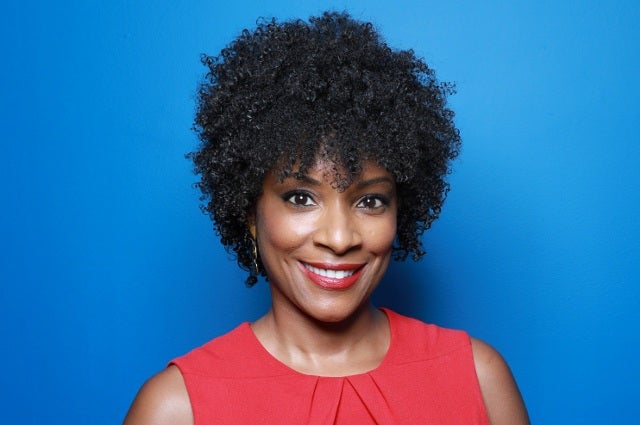 Zerlina Maxwell, A03, wants to change politics as we know it. Because what we’ve come to think of as politics in America today, she argues, doesn’t reflect who we really are.

According to the Pew Research Center, white voters will be a minority of the American electorate by 2045. In her new book, The End of White Politics, Maxwell writes that as American demographics shift, our political candidates need to meet the moment.

“America is evolving. Does the future of the Democratic Party look like a 70-year-old white man?” she asks. “With the makeup of the electorate shifting so dramatically, why hasn’t that also changed the makeup of those we choose to put into positions of power?”

Maxwell, a veteran Democratic strategist, MSNBC analyst, and talk show host on Peacock TV and Sirius XM radio, makes the case that a more inclusive approach to politics—one that acknowledges white privilege, celebrates diversity, and doesn’t write off interest groups after their ballots have been cast—can also be more successful. The book, which offers a sharp critique of politicians on both sides of the aisle, was named one of Time Magazine’s 100 must-read books of 2020.

Maxwell grew up in a Black family in the predominantly white suburb of Millburn, New Jersey. When she arrived at Tufts, she felt the challenge of being a person of color on campus. “Navigating spaces that are majority white as a woman of color is unique. You’re both hypervisible and completely invisible,” she writes. “All eyes stare in your direction when the topic of race predictably comes up during collegiate discussions.”

But her time at Tufts also widened her perspective. An international relations major, she studied abroad in Spain and met classmates from all over the world. She captained the track and field team, competing in the high jump, long jump, and pentathlon, and discovered an interest in media and politics that led to her current career. “Race and Gender in the Media was probably one of my favorite classes,” she says. “I remember we watched an episode of Sex and the City and discussed the portrayal of white privilege and racial bias, which was so on the money when I think about it now.”

After college, Maxwell earned a law degree and worked on both the Barack Obama and Hillary Clinton campaigns, helping to craft their messaging and policy platforms. Now, between her Twitter account and talk shows, she’s shaping the narrative of the current political landscape, with an emphasis on putting the issues facing marginalized groups front and center.

Politicians can no longer focus on winning the hearts and minds of white voters, while merely dabbling in the “identity politics” of so-called special interest groups, she argues. To win in the future, she says, Democrats must anticipate and craft policy around the diverse needs of women, people of color, and LGBTQ+ communities.

“We’ve always been doing identity politics in America; it’s just that up to this point in time, white has been the only identity that has mattered,” she writes.

Maxwell spoke with Tufts Now about writing the book and watching how many of the arguments she makes in it have already been borne out in the months since its publication.

The title and message of your book are bold. Where did the idea for the The End of White Politics arise?

It’s a statement of aspiration for sure. But it also realizes that we’re doing white politics now, we’re centering white people and white issues and white voices in the media as well as in our conversation about politics. And we don’t even notice. And any time we diversify things we call it “identity politics,” as if white isn’t an identity. It is, and Trump exploited that in 2016.

But the emerging majority coalition is not white. In 2045, for the first time, white voters will be the minority of the American electorate, and that’s going to have a lot of consequences.

The book isn’t about white voters not being considered. It’s about expanding the spectrum of issues we can talk about and care about and work toward improving based on everyone’s experiences.

You handed in your draft of this book at the beginning of March 2020. Look at all that’s happened since then: the pandemic, the killing of George Floyd, Biden and Harris’s election win and Trump’s refusal to concede, and then the insurrection at the Capitol building that left five dead. You set out to deconstruct U.S. political thinking so that it no longer centers on white politics. This concept seems even more relevant given the events of the past year.

In the last chapter of the book, I write how I’m sitting there on Super Tuesday, wondering how we ended up with two old dudes [at the end of the primaries]. How did we get here? But the historic Senate wins in runoff elections in Georgia [by two Democrats, one Black and the other Jewish] and the violent insurrection at the Capitol I think prove my thesis that America will see a lot of consequences from demographic shifts. One of them, what I'm focusing on in the book, is electoral consequences. The coalition of people of color—Black voters, Latinx voters, AAPI [Asian American and Pacific Islander] voters, and indigenous voters—they are going to create a majority coalition that will potentially allow Democrats to win.

The pandemic has been clarifying, and we're still having a lot of things clarified for us. But one of the things that was clarifed is all of the systemic injustice that activists and leaders have been pointing out for generations.

One of the lines I circled three times in the book is “When you’re accustomed to privilege, equality feels like oppression.” How do you see that playing out?

It's important for every white person out there to understand that when you live in a body that is white, you are treated better, you are treated differently. Whether you're rich and famous or you're a working-class white person, it doesn't matter. What it means is that you could storm the Capitol with weapons and camouflage on, break windows, and you can run all the way into the House floor or the Senate floor and you will probably not be shot. You will not be hurt, you will not be [immediately] arrested. You will walk out and get on your airplane to go home. I mean, most of them went all the way back home to their beds, they slept in their beds, after they put a gallows outside Congress.

And if you are still today wondering if white privilege is a thing? You are willfully blind. You are lying to yourself, you're lying to us when you say you don't believe it.

You worked on the Hillary Clinton campaign, and you’ve said you regret that Black feminist leadership within that campaign wasn't enough to help her win. What advice do you have for the next female candidate or the candidate of color who wants to run a presidential campaign? What needs to happen to ensure those mistakes don't get made again?

Well, if it’s Stacey Abrams she won’t make mistakes (laughs). But I think there's something that happened between Hillary Clinton and this moment, which is that Joe Biden asked Kamala Harris to be the vice president and they won. We have shattered a glass ceiling, and that’s really important and never should be overlooked.

One of the things that was amazing to watch was the Hillary alumni who joined up on 2020 campaigns and affected the messaging of the 2020 candidates. Elizabeth Warren had a Hillary alum in her campaign who wrote her speeches with a racial justice lens. Kirsten Gillibrand’s press secretary was a Hillary alum who helped her focus on intersectionality. The thing about working on a campaign is that you internalize the shortcomings of one election, and then act on them in future campaigns.

One of the things I loved about the book was your ability to capture the drama of being in the room when big decisions on campaigns were being made. What advice do you offer students who might be thinking about politics as a career?

I want younger people to read this book and think of politics as a profession. And not just a profession for a politician. Politics is a profession for strategists, operatives, organizers, activists, legislative aides. If you are a recent college graduate wondering what am I going to do with my life because of the pandemic or the recession: There is a campaign you can work on somewhere.

People think that all they can do to shape the world around them is to go protest. And while that is important, that is not the only thing you can do. You can go work in a campaign and make the candidate see something different. Or make the candidate say the things that are related to the policy that you were protesting last week.

Speaking of messaging, Biden ran on a campaign of healing the country. Can that message work, given how bitterly divided the nation is?

Healing comes through accountability; it doesn’t come from papering over problems and trying to move on. I think that with Joe Biden, healing is something he will be able to do in terms of the trauma and the grief that Americans are experiencing on a daily basis, because of COVID and the economy and so many things. But I think we need to be as progressive as possible and as bold as possible. There is absolutely no excuse to hold back now. What are you waiting for?

Janelle Nanos is a business reporter at the Boston Globe.