Incarcerated People Have Questions—and Concerns—About the COVID-19 Vaccine. These Doctors Are Listening 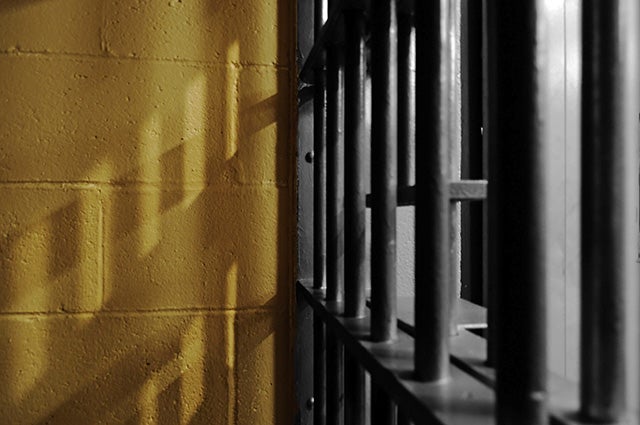 Massachusetts has opted to include residents and staff at correctional facilities in its first phase of COVID-19 vaccine distribution. But getting vaccinated is a choice and some incarcerated people are hesitant to be first in line.

“There are a number of people who are taking a wait-and-see attitude,” says the Rev. Gloria White-Hammond, M76, H06, co-pastor at Bethel AME Church in Boston, a retired physician, and trustee emerita at Tufts University. “And of course our concern is that while you’re waiting and seeing you’re still being exposed.”

White-Hammond was part of a group of experts who held multiple “Ask Me Anything” sessions at two jails in Boston last week, working to make sure incarcerated people have access to the information they need to make an informed decision on the vaccine. 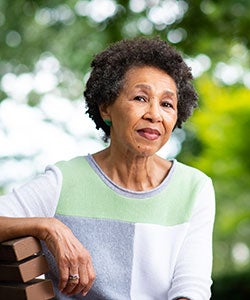 The conditions in prisons—shared living spaces, communal meals, poor ventilation—are ideal for facilitating the spread of a respiratory virus like COVID-19. According to a December report from the National Commission on COVID-19 and Criminal Justice, the confirmed case rates of the virus in prisons are more than triple the national average.

“Even with the best prevention techniques, you’re still going to have it because of the congregate living setting,” says physician Alysse Wurcel, J00, GBS14, an infectious disease specialist at Tufts Medical Center and an assistant professor at Tufts University School of Medicine. She joined White-Hammond and the Rev. Liz Walker, a member of Massachusetts’ COVID-19 Vaccine Advisory Group, in the question-and-answer sessions.

Outbreaks in prisons can fuel outbreaks in the surrounding communities, Wurcel says. Prisons don’t exist separately from the rest of society; staff come and go on a daily basis and many people are only incarcerated for short periods of time.

Wurcel, who works to prevent and treat infectious diseases in prisons, notes that the majority of people who are incarcerated turn down the annual flu vaccine. She worried that acceptance rates for the COVID-19 vaccine would be equally low.

“There is some variability, but some jails are having up to 50 percent of incarcerated people accepting the COVID vaccine,” Wurcel says. “To outsiders that might seem really, really low, but I think it is promising. You’re talking about someone saying, ‘Okay, stick a needle in my arm,’ when they don’t necessarily have a lot of faith in the medical system.”

After generations of medical exploitation, mistreatment, and neglect, Black people are far more likely to distrust the health care system, White-Hammond says. And they are significantly overrepresented in U.S. prisons because of targeted policing, uneven sentencing and other manifestations of systemic racism.

White-Hammond wasn’t surprised when a man at the South Bay House of Correction expressed his concerns about being used as a guinea pig for the vaccine.

“He said there must be something wrong with the vaccine,” White-Hammond says. “‘I know people are having a hard time getting it on the outside. Why would they be giving it to us first, unless they were trying to test something?’”

To recognize this history of medical abuses, the women played a video about the now-infamous Tuskegee syphilis study, in which hundreds of Black men were denied proper diagnosis and treatment for the disease. The study ran for decades, long after penicillin had been discovered as an effective cure. Many of the men died from syphilis and related complications or unknowingly spread the disease to their spouses, who in turn passed it on to their children at birth.

“We wanted to highlight that and let people know, yes, this is very real. This did happen. And you’re not crazy,” White-Hammond says. “Let’s acknowledge this historical reality and the extent to which it has been, and is, an unjust system. Let’s make it right in the context of the pandemic.”

The incarcerated individuals also had many of the same questions that everyone is asking: If you’ve already had COVID-19, do you need to get the vaccine? (Yes.) Should you still wear a mask after getting it? (Yes.) How long does it last? (We’re not sure—you might need a booster down the line.) How do we know it’s safe? (It has gone through multiple phases of clinical trials, been reviewed by panels of experts and been approved for emergency use by the Food and Drug Administration.)

The goal wasn’t to convince every person to get vaccinated, Wurcel says, but to answer their questions, listen to their concerns and let them decide for themselves.

“They’re at risk for spreading the virus, for bringing it back into communities in which they don’t have access to equitable health care,” Wurcel says. “We’re meeting people where they’re at.”