Committees have proposed a wide range of actions to make the university more diverse, equitable, and inclusive 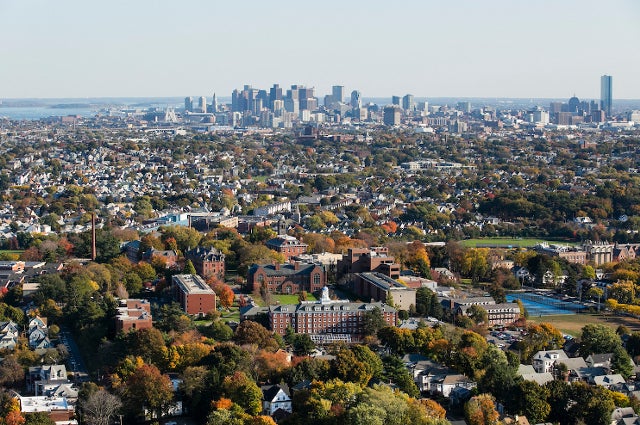 Tufts will begin to reimagine campus safety, expand implicit-bias training, establish pipeline programs for students and faculty—and much more, university leaders said in a virtual town hall for faculty and staff on Feb. 12. These efforts will be supported by an investment of at least $25 million over the next five years.

These efforts, which derive from a list of more than 180 recommendations, are the culmination of months of interviews, focus group meetings, surveys of community members, data analyses, and policy reviews conducted as part of the Tufts as an Anti-Racist Institution initiative.

The workstreams of the Tufts as an Anti-Racist Institution initiative have focused on five areas: compositional diversity, equity and inclusion, institutional audit, public art, and campus safety and policing. President Anthony Monaco launched the initiative in July, in a message to the university in which he announced the formation of the five workstreams.

Read Q&As with the leaders of these workstreams from the Tufts as an Anti-Racist Institution initiative:

In that message, Monaco also reminded the university community about the overarching objectives of this work, having first articulated those during the university’s Juneteenth ceremony three weeks earlier: “We pledge to find and eradicate any structural racism at Tufts and to take the steps necessary to become what every member of our community would view as an anti-racist institution.”

During last week’s town hall, he reminded the audience of that commitment. Now the university is on its way to making good on that pledge: “The work has only just begun,” Monaco said in Friday’s town hall. “But I do believe this is a promising start.”

Work has already been done on many fronts, according to Joyce Sackey, associate provost and chief diversity officer for Tufts University health sciences schools on the Boston and Grafton campuses. Among the efforts highlighted by Sackey during the town hall: the 75 percent increase in diversity in the Board of Trustees over the past five years; expanded budgets for scholarships and outreach programs; new councils and committees on diversity, equity and inclusion; and university-wide anti-racism and anti-oppression trainings.

Admissions, recruitment, and retention processes and policies represent a major and continuing opportunity for improvement, according to Bárbara Brizuela, dean of academic affairs for Arts and Sciences. “We need to check whether our processes and criteria help or hinder diversification and reimagine—rather than reproduce—ourselves,” she said.

“We need to continue to embed implicit-bias training in every aspect of recruitment processes, from students through senior administration.”

Concrete support and accountability measures are also called for, as is transparency with all stakeholders about progress toward goals—and the resources for same. “We need to build efforts into our budget and identify resources for these efforts,” Brizuela added.

Expanding anti-racist awareness and training are also critical, according to Kim Ryan, vice president of human resources. “We will build a common understanding of anti-racism terminology across the university so that we are building from a common ground,” she said. The goal, she said, is to ensure that every member of the Tufts community has the education needed to support anti-racist attitudes, values, and behavior.

This is not the work of one year, Ryan added: “It will be something we will be committing to for many years to come,” with the goals of the university’s efforts having an impact not only in our community, but also more broadly in society.

Dina Deitsch, director and chief curator of the Tufts University Art Galleries, described the review of Tufts artwork conducted by the Public Art workstream, which she co-chaired. “Art is a real declaration of our values and a meaningful way to understand ourselves and our history as a dynamic and not a static entity and it has to be reflective of our community today,” she said. “We wanted to see the breakdown of who is on our walls.”

Representative findings from that review: Of 47 historic university portraits, 98 percent feature men and 100 percent of those figures are white. Of the artists with work on view (encompassing all 196 works), 78 percent are male and 83 percent are white.

“We’re a vast ways off from anything close to equitable representation,” Deitsch said. Work to diversify Tufts’ collections (and to make changes in spaces like the Coolidge Room) has already begun and will continue through what Deitsch called “deep engagement with the community at all levels.”

Robert Mack, associate provost and chief diversity officer for the Medford/Somerville and SMFA campuses, said the Campus Safety and Policing workstream identified, among other issues, concerns about the presence of armed Tufts University Police Department (TUPD) officers on campus, bias in policing procedures, lack of transparency, and the need to rebuild trust between TUPD and the community. “Our traditional approach to campus safety no longer meets the needs of our community,” Mack said.

One next step is the formation of a working group charged with making recommendations related to the arming status of campus police officers. Another recommendation is the establishment of a permanent advisory board charged with furthering the university’s anti-racist recommendations and objectives and reviewing key policies and procedures, training programs, personnel practices, significant initiatives, operational metrics, and community feedback.

Mack emphasized the important role played by the community’s “voices, thoughts, and opinions” in the workstream’s formation of their recommendations. He further stressed that community engagement would remain a throughline in the university’s continuing work in this space.

Executive Vice President Michael Howard said that all of the initiative’s workstreams will create an integrated implementation plan between now and the end of March, with action on recommendations to get under way in April.

“While it certainly will take months and even years to fully do all we want to do, there is already implementation going on, even during the committees’ work,” Howard said. “I’m happy to say those things will be continuing and ramping up even as we speak. Progress is already at hand.”

Howard added, “I hope all the speakers’ comments give a sense of the magnitude of the changes, and the transformative impact that this can have on our university’s future.”

More information about the Tufts as an Anti-Racist Institution initiative, including the reports produced by the initiative’s five workstreams, is available on the President’s Office website.