The Cost of a Healthy Diet 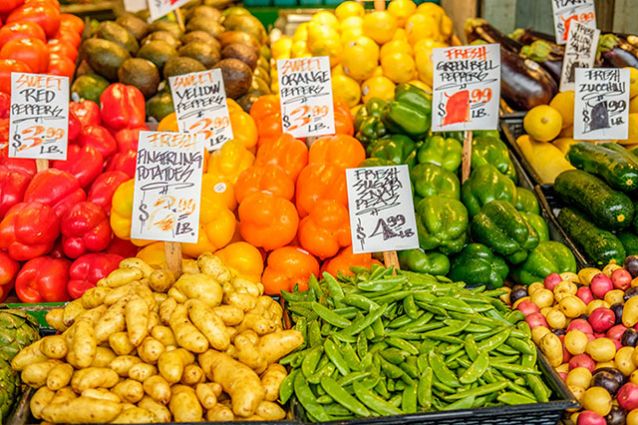 What does it cost to eat healthy?

According to a landmark international report based on work led by William Masters and colleagues at the Friedman School, the answer is: too much for the poor, but less than what most of the world’s people already spend on food.

Released last year by the Food and Agriculture Organization, World Health Organization, and other U.N. agencies, the flagship report “State of Food Security and Nutrition in the World" (SOFI 2020) states that about 3 billion people in the world cannot afford even the cheapest form of a healthy diet. Meanwhile, over 4 billion spend more than that, and often eat less healthily than they could.

“The SOFI report documented for the first time how many people around the world cannot afford what nutritionists say is a healthy diet, based on the composition and prices of foods available in their local markets,” Masters noted, adding that “the flip side of that is showing how nutritional needs could be met at lower cost than what higher income people now consume.”

It’s a high-stakes question. Almost half of adults in the U.S., and more than half of children, have overall poor-quality diets, according to a white paper published last year in the American Journal of Clinical Nutrition. “That’s despite very low food prices compared to incomes, even among the poorest Americans,” Masters said. Globally, the SOFI report notes that 690 million people went hungry in 2019—an increase of 10 million from 2018—and that roughly 2 billion are food insecure. Identifying the 3 billion who cannot afford a nutritious diet allows aid to target them, even as efforts to improve diets in other settings focus on the interventions needed there.

For many people around the world, the high cost of healthy foods is an obstacle. What’s cheap to grow and distribute is starchy grains and root crops, vegetable oil, and a few other basic foods that provide calories to satisfy short-term needs. Production and distribution is more expensive for fruits and vegetables, eggs and dairy, or other components of a healthy diet, which poor people cannot afford. In higher-income settings such as the United States, those healthy items are affordable, but so are the highly processed, super convenient and heavily advertised foods that dominate unhealthy diets.

Just how affordable is an overall healthy diet in each country, at different locations and times of year, had not been systematically compared—until Masters, an economist, began collaborating with nutritionists at the Friedman School to develop price and quantity indexes whose calculation could be automated to compute the cost of healthy diets over many hundreds of thousands of observations. “By combining existing data in new ways, we were able to ask whether marketplaces were able to deliver the foods that people need in the required proportions, allowing for substitutions among foods at each time and place,” Masters said.

The result: concrete data on the affordability of a healthy diet, which featured prominently in the SOFI report and a series of scientific articles with Friedman School students, faculty, and collaborators around the world. Their background paper for SOFI 2020 was led by Anna Herforth, F05, a Friedman alumna and affiliate of the school. Numerous current students have led related projects, including Kate Schneider whose PhD dissertation addresses diet costs in Malawi, and Yan Bai who led a study of global study of diet costs published in Food Policy, and a pioneering analysis of seasonality published in Science Advances.

“The findings reflect a shift in thinking about hunger and malnutrition, moving on from calories and food insecurity towards the feasibility of meeting long-term nutritional goals,” Masters said.

He thinks that measurement can guide policy, generating public support for safety nets and cash transfers so that the poorest can buy what they need, accompanied by efforts to lower the cost of healthier foods everywhere and address the causes of poor diets in higher-income countries like the United States. “Most people alive today could eventually see a world without nutritional poverty, where healthy foods are the norm for everyone,” he said.

Masters is now working on the “Food Prices for Nutrition” project, which is a four-year, $3 million effort to equip governments and development agencies with accurate, updated metrics of diet costs and affordability around the world. The project is funded by the Bill & Melinda Gates Foundation and UKAid from the Foreign, Commonwealth and Development Office (FCDO), linking to other work at Tufts funded by the U.S. Agency for International Development.

Masters and his colleagues are working primarily in Africa and Asia, financed by donors who focus on undernutrition. But he believes that there are also implications for Americans. “In the rich world, eating healthy is a luxury—but not because the ingredients are expensive. The luxury is in having enough time and attention to choose carefully, to tune out the marketing and bypass all the super tasty and convenient offerings around us. It takes effort and skill to sustain an island of healthy in a swamp of sugar-coated temptation,” said Masters.

Healthy, affordable food is out there, said Masters, whose research shows that healthy diets could be assembled from the many nutritious foods available at low prices in every U.S. grocery store—but now, people in America have to make an effort to figure it out, while low-income people in Africa and Asia cannot afford these items. “I hope that eventually we’ll have public policies that make healthy and sustainable choices the easy default option everywhere in the world, convenient and attractive at affordable prices,” he said, “with room for dessert and all sorts of treats on occasion.”