A team of experts, including two from Tisch College, created an unprecedented roadmap to improving civic education for U.S. students 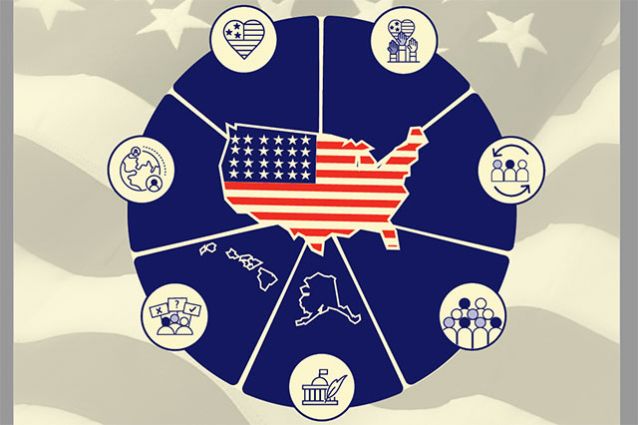 How do we teach students to be engaged citizens in their communities? And how can we teach them about government, history, and democracy when the United States is so politically divided? A landmark new cross-partisan report called The Roadmap to Educating for American Democracy (EAD) aims to answer those questions and more.

The initiative is the result of a $1.1 million grant from the National Endowment for the Humanities and the U.S. Department of Education. It involved more than 300 people across the country — including teachers, scholars, students, historians, and leaders from private and public sectors who were professionally, demographically, and ideologically diverse — and was led by a team from Tufts University’s Jonathan M. Tisch College of Civic Life, Harvard University, Arizona State University, and iCivics. 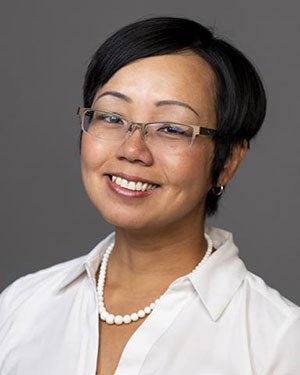 Kei Kawashima-Ginsberg is the director of the Center for Information and Research on Civic Learning and Engagement (CIRCLE) at Tisch College.

“For the benefit of all students, EAD is challenging us to tackle what has been seen as a dichotomy of civic education. It's either civics or history, it's content or action, it's conservative or liberal. These dichotomies have divided our field for a long time and hindered progress for everyone, especially students who come into civic and public life unprepared because they lack the agency and/or the knowledge,” said Kei Kawashima-Ginsberg, director of the Center for Information and Research on Civic Learning and Engagement (CIRCLE) at Tisch College and one of seven principal investigators of the grant.

The EAD lays out a vision for the integration of history and civic education throughout grades K-12 by providing a content framework organized by major themes, such as civic participation, government and constitution, and “We the People.” It groups students into four grade bands (K–2, 3–5, 6–8, and 9–12) and offers general guidance to be used by national, state, tribal, and local leaders to assess current practices and standards and spur innovation. But the project is not a mandate or national curriculum.

“History and civics have been badly neglected for the last 50 years. One of many reasons for that is fear of controversy, as these are politically relevant subjects. Because we can't agree on what to teach, it's easier not to teach it at all. But civics doesn’t have to be so divisive,” said Peter Levine, the Lincoln Filene Professor of Citizenship and Public Affairs at Tisch College and a principal investigator on the grant.

Back to the Drawing Board

For the Roadmap, the team interviewed teachers of all grade levels across the U.S. and asked them flat out: What would it take for you to teach civics education, and what support do you need?

“We felt that we needed to deeply engage these key stakeholders who will drive this roadmap. It cannot be just an academic exercise of subject experts coming together to build these ideas and strengthen the content,” said Kawashima-Ginsberg. “We have to start with the commitment that all teachers see themselves as someone who can teach challenging and rigorous content, have conversations about contentious issues with students, and bring everyone to civic excellence.” 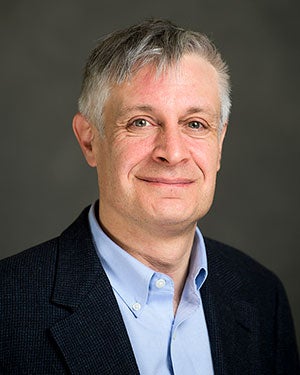 “History and civics have been badly neglected for the last 50 years. One of many reasons for that is fear of controversy, but civics doesn’t have to be so divisive,” said Peter Levine, the Lincoln Filene Professor of Citizenship and Public Affairs at Tisch College.

The roadmap, which provides support in the form of a pedagogical companion and a website with curated examples, designed instructional strategies around inquiry-based questions that can be applied to real life. For example, students may engage with any given inquiry by conducting research on a historical topic, adopting a project that would improve their school, or community, or engaging in an elaborate simulation of Congressional procedures.

To do any of this, teachers need support, training, and resources from school administrators, the community, and local and state leaders. In Massachusetts, that top-down support arrived in 2018 when the Department of Elementary and Secondary Education issued a major update to its History and Social Science Curriculum Framework that made civics a part of instruction at every grade level and integrated inquiry process in instruction, and a state law was passed that required every student in eighth grade and up to complete a non-partisan civics project.

There are only so many hours in the school day, and that time is already packed with curriculum to prepare students for standardized testing in English, math, and science, and classes that fulfill other requirements, such as physical education or foreign languages. How can schools make room for meaningful civics education that consists of more than just discussing elections every few years?

“I'll say it does take time. It's a commitment,” said Michael Neagle, a social studies teacher at Lowell High School, who helped launch a partnership between Lowell Public Schools and Generation Citizen to provide a 10-week civics experience for every eighth grader in Lowell Public Schools. Through Generation Citizen, students start to explore their civic identity by considering how they may have engaged in their community in the past and design a new group civics project.

“We go through a process of identifying problems and opportunities in our school, city, or state. We don't focus on national issues; we try to keep it closer to home,” he said. Students vote and build consensus on project topics to narrow dozens of ideas down to a few, which exposes students to the process of civil debate and compromise. Over the course of the project, students learn how local and state government works and how budgets are allocated, as well as how to conduct research, have conversations with elected officials, and partner with community organizations and government to create systemic change.

“Ultimately, it goes back to, what's the purpose of education? We want to have students who are critical thinkers who can engage in society,” Neagle said.

Students in Medford Public Schools also are ahead of the curve when it comes to civic education. A group called the Center for Citizenship and Social Responsibility (CCSR) helps students take on projects, both big and small, to make a difference in the community and the school system.

“At the Medford High School complex, there's a beautiful mural painted with flags of the world and a person's face, which is one of many projects have been done to beautify the campus and send messages of inclusivity,” said Dr. Marice Edouard-Vincent, Superintendent of Medford Public Schools. “Students also came up with the idea for a 3D crosswalk, which was an effective, low-cost way to add safety to an intersection on one of our school properties.”

The 3D crosswalks now are located at every elementary school entrance, so parents and buses slow down for students and staff walking toward the parking lot or bus. In addition, a group of CCSR third-grade students and high school students launched a project to create a headstone in Medford's historic Salem Street Burying Ground, where they learned enslaved people were buried without grave markers. They did research, learned about history, and worked with city officials to erect a monument that honors the more than 50 people buried there.

“This is real-life, real-time, experiential learning in action, where students can make clear connections between civics or history,” Edouard-Vincent said. “The changes happening with civic education are going to prepare our kids to better navigate and function in society, as well as understand government politics and how citizens interact and live within a community.”

The COVID-19 pandemic struck right as Medford schools fully implemented the new civic education framework for K-12 students, which made things tricky, but student-driven projects have continued nonetheless, said Nicole Chiesa, A00, Director of Humanities for Medford Public Schools. This year, for example, a team of eighth graders found through their research that morale was low amid virtual school, and they’re working to create more meaningful connections between their school, families, and community to boost mental health.

Also, Chiesa said, a group of seventh grade students are involved with the Global Scholars program, where they are assigned an issue that they investigate with other students around the world. This year, they’re looking at water reuse and sustainable cities. They think about what sustainability looks like both in Medford and abroad, as some of the students they communicate with live in developing nations, and they come to understand how different people live.

“The heart of a civics challenge is going beyond researching and taking action — not just saying, ‘Here’s an issue.’ But instead, ‘What am I going to do to fix it?’” said Chiesa.

In both Lowell and Medford, students seem to enjoy these interdisciplinary lessons on civics, history, current events, and community. This is something that Levine discovered, as well, while speaking with students as he and his colleagues created the roadmap.

“I think there's a lot of evidence that students actually want civics,” said Levine. “In fact, a bunch of students sued the state of Rhode Island for better civic education. It's not a hard sell; it's more like they're dealing with a social political context they think is important and hard, and they would like to learn about it.”