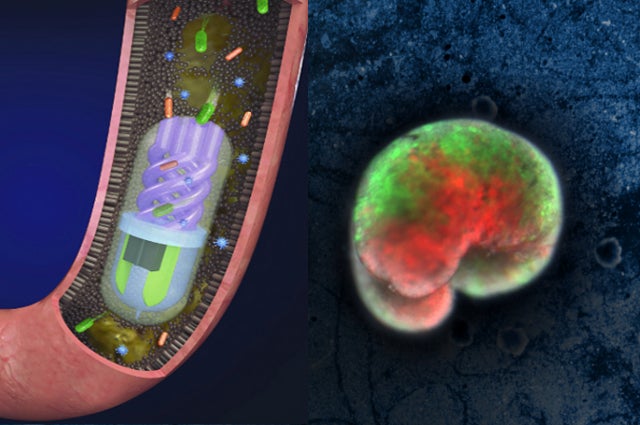 [March 8 update: In the second round, Sameer Sonkusale’s group is still in the running. Vote for their entry at the STAT site until Sunday, March 14 at 11:59 p.m. in the Round 2 bracket. You may vote once per day.]

It’s March—that time of year when college teams go head-to-head and we avidly follow them as they move up the bracket to the championship.

We are talking, of course, about STAT Madness—a virtual competition among research teams for the best innovations in biomedicine of the year. This year, two teams from Tufts made the cut to the starting round of 64, selected by the competition’s sponsor, STAT, a leading health, medicine, and life sciences news publication.

The winners are advanced by vote—you get to add your voice each round here by selecting the research that most impresses you. Voting in the first round of 64 ends on Sunday, March 7 at 11:59 p.m. ET. In an interesting twist, each voter can cast votes once per day during the competition: vote early and vote often, in other words.

Jumbo enthusiasts can add their support and vote for the two Tufts research teams: Sameer Sonkusale’s group, which developed a tiny 3D printed pill that can sample and diagnose your gut microbiome, and Michael Levin’s lab with its work on tiny living robots.

Sonkusale, a professor of electrical and computer engineering who leads the Nano Lab, and his team developed a 3D printed pill-sized device that can be swallowed and sample the microbes that live in your gut.

This microbiome is known to have a beneficial, supportive role in digestion and protection against disease. When the natural balance of the microbiome is disturbed, bad things can happen, including inflammation, susceptibility to infections, and even the exacerbation of other diseases such as cancer. The microbiome pill would be the first device that can provide a comprehensive profile of nearly 1,000 bacteria species along the entire gastrointestinal tract.

“The design of this device makes it incredibly easy to use, posing little risk to the subject, yet providing so much information,” says Giovanni Widmer, professor of infectious disease and global health at Cummings School of Veterinary Medicine and co-author of the study responsible for testing the pill's effectiveness in animals and for high throughput sequencing the microbiome samples.

Levin, A92, is Vannevar Bush Professor of Biology and director of the Allen Discovery Center at Tufts. He and his team made waves in the media last year with their creation of entirely new life forms assembled from the cells of frog embryos.

The tiny millimeter-wide “xenobots” (so named because the cells come from the African frog Xenopus laevis) use cardiac muscle cells to scurry across a surface and can work collectively with other bots to collect debris into neat little piles. They can even heal themselves if damaged. Future versions of these living robots could be used to scour environments of contaminants, detect disease in the body, or deliver treatments to specific locations.