When Abigail Linnington visited West Point for a leadership program the summer before her senior year in high school, the instant camaraderie and sense of belonging she felt among the female cadets, who were only several years older, is something she remembers as a turning point in her college search.

Linnington, professor of practice in the International Security Studies Program at The Fletcher School, said talking with the cadets each day about their experiences at the military academy cemented her desire to apply.

The female cadets “were dynamic, smart, and confident and really excited about what they were doing at West Point, what their summer training consisted of, and what a career might look like for them in the Army. That spark really grabbed me in a way that I couldn’t quite see when I visited other universities,” said Linnington, who was accepted to West Point at the age of 17—and being underage, her father had to sign a permission slip for her to attend.

After graduation from West Point, Linnington went to flight school and later became one of the just five percent of Army pilots who were female. Of her many career highlights, she completed a yearlong deployment in Afghanistan from 2010 to 2011, has commanded units in South Korea and Savannah, Ga., was promoted to colonel in 2016, and later worked with the chairman of the Joint Chiefs of Staff. Linnington, who holds a master’s degree and Ph.D. from Fletcher, joined the Fletcher faculty in 2019, the year she retired from the Army.

Tufts Now: What does Women’s History Month mean to you?

Abigail Linnington: Women’s History Month is about taking the time to more consciously think about our ancestors, the other women that went before us, and the boundaries that they pushed because we stand on their shoulders. I am so grateful to the women who expanded our definition of what it means to be a leader, a wife, a soldier, a pilot, a teacher, a mother—all of these are different dimensions of who I consider myself to be, in my professional life and my personal life.

Who are the women from your family who inspire you?

I draw inspiration from the women in my family. My mother is a high-school Spanish teacher. She taught me about having a passion for travel, language, and teaching and sharing that passion with others. I’m inspired by my grandmother who worked in the War Department during World War II, mobilizing medical forces and medicines for deployment. We’ve talked a lot about her desire for a professional life and her limited time as a professional before she felt it necessary to conform and get married and step away from having a professional life. 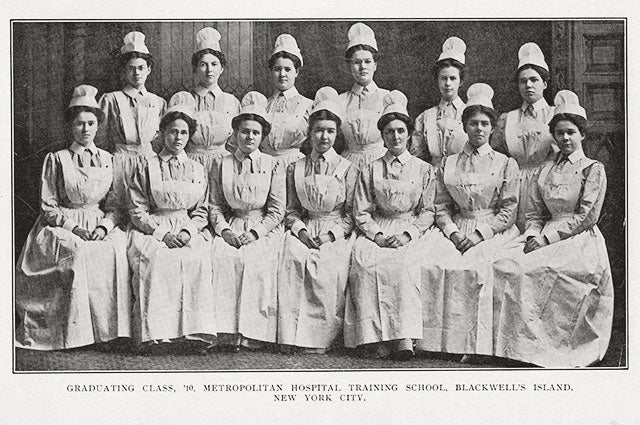 In your professional life, who are the women to whom you’ve looked for advice?

In 1991, when I was starting at West Point, women made up about 10 percent of the cadet corps at West Point. One of my first big challenges in my career that had barely just begun happened at West Point around year two or three, when I began to ask myself, “Is this the right path for me? What path in the Army makes the most sense for me?” And it was about this time I met two Army officers, two women, who helped me see what a career in the Army might look like.

The first was a captain then—she is now brigadier general—Cindy Jebb. She is the dean of the Academic Board at West Point and first woman to serve in that role. She worked in military intelligence and is a gifted academic in the field of comparative politics.

I couldn’t think of a better path, a more exciting path, a greater alignment of what my personal and professional goals were than what Theresa was doing, and we would later go on to command units in the same aviation unit in South Korea. She was one of the people who encouraged me to get a graduate degree, to return to West Point, and to teach international relations.

Can you reflect on having role models who were also women in a male-dominated field like the military?

I was fortunate that, even if there were just a few of them, they were role models that looked like me, that had goals similar to mine. They helped me envision what a future in the military might look like.

Representation matters: being able to see yourself in the organization is important. I would hasten to add there are not enough women of color in the officer ranks, in the upper echelons of ranks of the US military. And there were very few people of color in the field of military aviation as pilots or as military officers.

Our military services are well aware of that problem, but, collectively, we have to do better in recruitment and retention, because the military should more accurately reflect the citizenry it serves.

I think it’s also important to thank our mentors, whether they are women or they are men and nonbinary leaders who celebrate and champion women’s diverse roles and contributions in society. I can think of three male mentors to whom I owe a great deal. They were incredibly helpful and supportive, who challenged me in positive ways and helped me network and suggest next paths for my career.

I also think of the leaders that I served under who were so knowledgeable who reached out to find that diversity within the workspace and who were welcoming of that diversity. It’s important to thank them for being at the forefront of challenging us as women to be better leaders in our fields.

Can you share a challenge you’ve overcome and what you’ve learned from it?

I’ve had to wrestle with self-doubt in my 30s and 40s. I don’t think this is unusual. Maybe it’s a typical question at this stage in our lives, reflecting on the path of your personal relationship and your career choices, but it’s an irony that you are feeling this way at precisely the time in which you have the most professional experience.

I had more than 20 years’ experience when I went into a couple of senior jobs at the Pentagon. Yet, it’s a moment when you feel like you don't necessarily have all the answers or you find yourself as the only woman in the room and everyone else around you is a man with four stars on his shoulder, and you wonder, “Am I in the right place here? Do I have what it takes to offer value in this conversation?”

Of course, you want to be self-reflective about where your weaknesses and strengths are. But you don't want self-doubt to hamper moving forward in your career. I have found that fellowship with other professional women friends has, in particular, been extremely valuable, if only to discover this is not just a function of women working in national security or the military but, unfortunately, across career fields and every echelon of leadership.