How to Create a Vaccine in Real Time

Brett Leav, A87, A23P, who led the clinical trial team that developed the Moderna COVID-19 vaccine, tells a Tufts audience how the vaccines happened so quickly 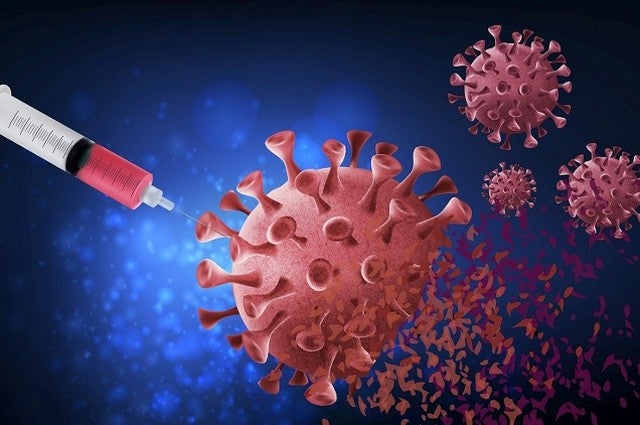 With the onset of the COVID-19 pandemic in early 2020, it was evident that a vaccine was urgently needed. The trouble was, vaccines normally take about 10 years to develop. But less than a year later, several vaccines are already being distributed widely.

Brett Leav, A87, A23P, played a critical role in one of them, leading the clinical trial team that developed the Moderna COVID-19 vaccine. The development of the vaccines was “essentially a Manhattan Project for the 21st century,” he said, with substantial government funding and expedited FDA reviews, referencing the World War II endeavor that produced the first nuclear weapons.

The vice president of clinical development for public health vaccines at Moderna, Leav spoke to more than 500 members of the Tufts community in an online gathering on March 11, part of the Tufts Alumni Boston Business Leadership Series.

He talked about how the vaccine development process was accelerated to address the public health emergency, the importance of collaboration in the process, and how the messenger RNA approach used by Moderna differs from traditional vaccines.

An undergraduate history major at Tufts, Leav went on to earn an M.D. from the University of Massachusetts Medical School. He is a board-certified infectious disease specialist and has worked for more than 10 years in the clinical development of biological therapeutics to prevent and treat viral and bacterial diseases. Prior to joining Moderna in April 2020, Leav led clinical development of novel seasonal influenza vaccines at Seqirus, where his group designed and conducted clinical trials. 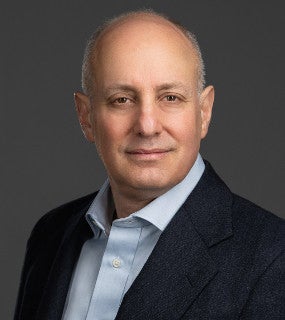 “Collaboration was instrumental to the success of this on multiple levels, between private industry and the government, private industry and academia,” said Brett Leav. Photo: Courtesy of Brett Leav
At Moderna, Leav oversaw the clinical trials of the vaccine, designing the protocols and monitoring the conduct of the study to ensure patient safety and integrity of the data at the end of the trial—to ensure that it met global regulations.

Developing vaccines is different than other drug development. “Vaccines are commodities—they are not generally considered blockbuster medicines,” Leav said. “They’re the only medicine you generally give to healthy people—it’s a very different mindset from working on medicines and therapeutics that are going to be administered to people who are ill. You don’t have much tolerance in terms of risk.”

What was different about developing the COVID-19 vaccine. The normal time from initial nonclinical work to licensed vaccine is 10 years, “and obviously we know that we moved a lot faster in 2020. That was in large part because we had very expedited interactions with our regulators,” Leav said. “The FDA was incredibly collaborative and engaged.” Normally interactions between the sponsor and FDA can take weeks, but they happened in days, and “that enabled us to make decisions and advance things very much more rapidly than normal.”

How messenger RNA (mRNA) vaccines differ from typical vaccines. Typically, a vaccine is made of a protein and uses live or dead pieces of viruses or bacteria to develop antigens. “Messenger RNA technology is different, as it leverages the machinery of our cells to manufacture the proteins that are intended to be the target of the immune response to the virus,” he said.

Leav noted that mRNA is a transient molecule, “not intended to persist in our bodies, and in contrast to most vaccines, doesn’t include pieces of virus or bacteria.” The mRNA vaccines “are designed to deliver mRNA into the cytoplasm of our cells where the mRNA directs the cell to manufacture the viral antigen,” he said. “The antigen is presented on the surface of the cell and then activates the immune response. Once the mRNA has done its job, it is degraded by enzymes in the cell.”

One important advantage of this technology “is that the vaccine can be made without the need to grow the actual virus in the laboratory; the genetic sequence of the virus is all that is needed,” Leav said. “As a result, the technology can be rapidly deployed in response to an emerging epidemic or pandemic.”

The liberal arts provided a great foundation. “I’m deeply indebted to the liberal arts training and education I got at Tufts,” Leav said. He did a pre-med concentration, but was a history major and “really took advantage of having professors like the late Gerald Gill and Leila Fawaz and Steve Hirsch. . .  That gave me a very important foundation to stand up and then follow my passion for science and medicine.”