“Samantha Nye: My Heart’s In A Whirl” Explores Power, Beauty of Desire Across Generations

Tags: School of Arts and Sciences , School of the Museum of Fine Arts
Share 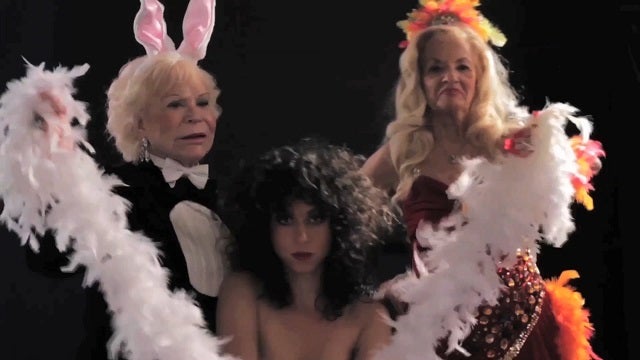 The work comprising Nye’s exhibition was influenced by travel to research cinema and to connect with queer communities in Italy. Her research trip was sponsored by a SMFA Traveling Fellowship from her alma mater, the School of the Museum of Fine Arts at Tufts University (SMFA at Tufts). Nye earned her BFA at the school in 2010.

The SMFA Traveling Fellowships provide critical early-career support for SMFA at Tufts alumni, allowing them to further develop and inform their practice. Selected by a jury, SMFA Traveling Fellowship recipients receive up to $10,000 to pursue travel and research related to their art. The application process is open to alumni working in any contemporary visual art discipline.

“Samantha Nye: My Heart’s In A Whirl,” offers an installation centered on a series of three of the artist’s videos. Through the lenses of pop culture, camp, and stylized erotica, Nye’s videos invent utopias where intergenerational exchanges between womxn in trans-inclusive lesbian spaces expand the parameters of love, sex, agency and belonging.

Nye’s videos remake the Scopitone classics of the 1950s and 60s, which were brief 16mm reels that resemble an early form of music videos, before the advent of MTV, YouTube, or TikTok. She subverts their reductive gendered and misogynistic stereotypes by reframing them—almost shot for shot—with the queer elders from communities she has met during her research, as well as her own mother and grandmother.

Her paintings, one of which is concurrently on view in the MFA exhibition “New Light: Encounters and Connections,” restage glitzy Hollywood photographer Slim Aarons’ mid-century images, described as “attractive people doing attractive things in attractive places.”  Nye’s paintings build on the imagined spaces of freedom and exploration created in her videos by queering Aaron’s images to reimagine attractive people” and reorient the “attractive things” they do.

A native of Hollywood, Fla., Nye’s first introduction to performance was as a self-described relatively unsuccessful child model. Her early lessons about performance and identity have directed her studio practice—in painting, video and installation—towards the investigations of “seduction through reenactment.”

Her work highlights aging bodies, celebrates queer kinship and facilitates intergenerational dialogue about sexuality between queer women, their mothers, and their grandmothers.

Nye was a fellow of the 2014-15 Queer/Art Mentorship, and has exhibited with The Yossi Milo Gallery, The Wallach Gallery and The Leslie-Lohman Museum Project Space.

She currently lives in Philadelphia and was named an SMFA Traveling Fellow in 2018.

A tradition of supporting young artists

In 1894, James William Paige left a bequest of $30,000 to SMFA at Tufts—then called the "Museum School" – to establish a travel fund. Income was to be used to send SMFA students to Europe, where they would study art for a period of two years.

The Traveling Fellowships is one of many programs at SMFA at Tufts that supports artists in every stage of their careers. For more information, visit https://smfa.tufts.edu/.

Founded on February 4, 1870, the Museum of Fine Arts, Boston (MFA), stands on the historic homelands of the Massachusett people, a site which has long served as a place of meeting and exchange among different nations. The Museum opened its doors to the public on July 4, 1876—the nation’s centennial—at its original location in Copley Square. In 1909, the MFA moved to its current home on Huntington Avenue and today, the Museum houses a global collection encompassing nearly 500,000 works of art, from ancient to contemporary. The Museum is located at 465 Huntington Avenue, Boston, MA 02115. For more information, call 617-267-.9300, visit mfa.org, or follow the MFA on Facebook, Twitter and Instagram.