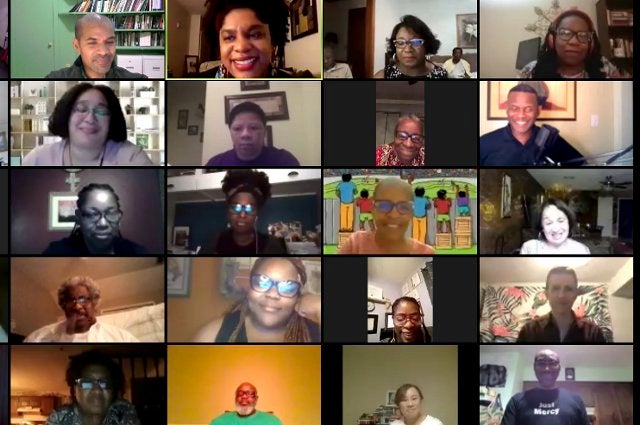 The 90 students in this Tufts-led course are on Zoom, like so many others these days, but there’s a difference. They are adult learners in Mississippi, Alabama, and Georgia, taking part in an experiment in community-partnership education—and civil rights.

The students are enrolled in a new certificate course in civic humanities offered by Tufts called Black Futures Matter: Civic Life, Health & Equity, co-created and co-led led by Kris Manjapra, professor and chair of the Department of Studies in Race, Colonialism, and Diaspora.

The course, which is offered for free, is being led in partnership with regional civic organizations that serve Black communities: Southern Echo in Jackson, Mississippi., Project South in Atlanta, and New Communities in Albany, Georgia. It started in February, and runs through June. Topics covered in the classes range from the history of slavery, colonialism, and resistance to social organizing and race, justice, and health.

“When we talk about empowerment and enfranchisement, and making people active citizens who feel this democracy is for them, education is the key,” Manjapra says. 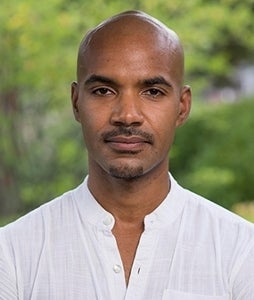 “The work of studying racial inequities, especially in the United States, cannot be passive,” Kris Manjapra says. “It requires an active and engaged dimension. We can’t just study it as an abstract object. We are the subjects of this study, and so we need to have engaged scholarship.”
The courses are taught by Manjapra and a series of guest lecturers, including Sharrelle Barber, an assistant professor of epidemiology at Drexel University, and Robin D.G. Kelley, a professor of history at UCLA. The course involves a variety of formats, from lectures to labs, which offer greater interaction.

One of the goals of the course, Manjapra says, is to offer a model for the Tufts community of a classroom that addresses social justice. “I feel that the social justice piece is where we can grow our work, and also think this would help Tufts reach communities that are systematically underrepresented and underserved,” he says.

Non-traditional learners, from those who have not completed high school to those having had some college, are the main audience for the class, which was advertised through the three community organizations. “It’s intergenerational, with young people and also more seasoned learners—people who may not have had any access to elite universities or elite higher ed,” Manjapra says.

Upon completion, students receive a certificate from Tisch College of Civic Life. That’s important, says Manjapra, for students to be able to have that credential as they pursue other learning or work.

The course was created by Manjapra along with Peter Levine, Lincoln Filene Professor of Citizenship and Public Affairs at Tisch College, and Jackie Dejean, assistant dean of research for Arts and Sciences and assistant dean for diversity and inclusion in the Graduate School of Arts and Sciences. Its initial funding came through Tufts Springboard grants in the provost’s office.

The course’s origins stem in part from the idea of Black study, Manjapra says, an area of focus that UCLA’s Kelley has written about. “He says that the work of studying racial inequities, especially in the United States, cannot be passive,” Manjapra says. “It requires an active and engaged dimension. We can’t just study it as an abstract object. We are the subjects of this study, and so we need to have engaged scholarship.”

Manjapra has done research work around reparations for slavery, and through that work came into contact with groups in the South that support those efforts. That’s how he forged connection with Rachel Mayes, director of Southern Echo, and Emery Wright, A99, co-director of Project South, and led him to work with them on the Black Futures Matter course.

“I would call it repair work—remedy work—and it’s in that mode of redressing and repairing inequities that we wanted to actively do something,” he says. “Both Rachel and Emery have emphasized the real need in their communities for history and for civics education,” he says.

Why does a university in New England focus on collaborations in the South? It’s not that there aren’t obviously problems with social justice across America, including right here in the Northeast, Manjapra says. But he notes that Mayes calls the South “the ground zero for the civil rights struggle in the United States.”

In some ways, too, he says, “by going into the epicenter of civil rights struggle, it helps remind us of our own implication in the struggle.”