A Fletcher School defense expert highlights the radical changes in warfare that have occurred in the decade since the U.S. killed al Qaeda leader Osama bin Laden

A decade ago, on May 1, 2011, U.S. forces found and killed Osama bin Laden, the al Qaeda leader who masterminded the Sept. 11, 2001 attacks on the U.S. At the time, analysts agreed that it was more a symbolic killing than a strategic one, and wouldn’t end efforts of extremist groups in the Middle East and Southwest Asia.

Richard Shultz, Shelby Cullom Davis Professor of International Security Studies at The Fletcher School, was one of those experts. Now, 10 years on, he sees that it played out as expected: although al Qaeda faltered, other groups such as ISIS emerged, and achieved periods of power and success. How U.S. confronted those challenges, he says, tells the story of how military efforts are adapting to changing patterns in conflict.

Shultz is the author of Transforming US Intelligence for Irregular War: Task Force 714 in Iraq among other books, and most recently co-authored with General Richard Clark, commander of the U.S. Special Operations Command, the article “Big Data at War: Special Operations Forces, Project Maven, and Twenty-First-Century Warfare,” published by the Modern War Institute at West Point. 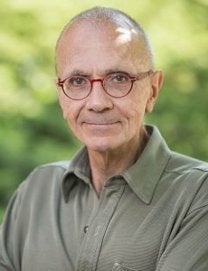 “Today there’s an argument being made that the defense department has to change from a hardware-driven organization to a software-driven one,” says Richard Shultz.

Here are four lessons he says we should take from the last decade following the killing of bin Laden.

We still have to worry about Islamic militants. Some observers thought with the death of bin Laden, those militant organizations would wither away. But it wasn’t the case of “if you cut off the head, the body falls,” but rather that “the body was more like a hydra,” Shultz says. “It grew a bunch of new heads, one of which was extraordinary—ISIS. They managed to not only take a lot of territory, but also, through their very sophisticated use of social media and modern communications, to recruit about 30,000 people who traveled to Syria to be part of their caliphate.”

There are many thousands of individuals who accept the jihadi narrative, “so it does have a tendency to recreate itself,” he says. “We still have to worry about the jihadis.”

Withdrawing U.S. forces from Afghanistan will give both ISIS and al Qaeda breathing space to revive. Biden and Trump before him have called for the U.S. to leave Afghanistan, but consider the 2019 Worldwide Threat Assessment of the U.S. intelligence community, Shultz says. “It warns that ‘global jihadists in dozens of groups and countries threaten local and regional U.S. interests, despite having experienced some significant setbacks in recent years, and some of these groups will remain intent on striking the U.S. homeland.’”

Withdrawing from Afghanistan “presents a challenge of how to keep al Qaeda and ISIS on the defensive in their bases in the Afghan-Pakistan border region, as well as in other areas like Yemen, where they have hideouts,” Shultz says. “The United States enters the third decade of the 21st century facing both renewed strategic competition and conflict with China and Russia, as well as a continuation of irregular and protracted war against a multigenerational and transnational jihadist movement.”

The vast growth of data is changing what warfare will look like. As U.S. forces collected computers, hard drives, cell phones, and documents from enemy combatants in Iraq and Afghanistan, and then added increasing amounts of drone video, they had to develop an automated solution to analyzing information.

“That was really the beginning of this idea of artificial intelligence and machine learning to help intelligence analysts and operators take advantage of enormous amounts of data,” Shultz said.

Wars of the future are going to be driven by algorithms—“intelligentized” warfare, he says. “You are going to collect so much real-time imagery that you are going to need systems to help analysts and operators use that information real-time for planning and decision-making in operations.”

Moving from a hardware to a software approach to war. “The defense establishment needs to understand that artificial intelligence and machine learning are going to affect the entire defense enterprise from maintenance to war, and it is a challenge,” Shultz says.

“That’s not an easy thing to do, but they have got to do it,” he says. “That’s going to affect how you conduct war, how you make decisions in war, and how you employ forces—but most importantly, if you master the use of this in the intelligence realm, you are going to have what I call intelligence dominance. And if you have intelligence dominance, that is a big leg up on your adversary.”