Renowned conservationist and ethologist Jane Goodall still recalls the last time she visited Tufts University, when she received an honorary degree in 1986. It was a very hot day, the ceremony was outdoors, and the platform where faculty and speakers were sitting was directly in the sun.

The dean of Cummings School of Veterinary Medicine at the time, Franklin M. Loew, who was a good friend of hers, handed her a heavy commencement robe to wear during the ceremony. To stay cool, she put the gown on and took off her clothes underneath. After the ceremony, she was about to climb aboard a helicopter to rush to her next engagement, when someone asked her to give the robe back.

“I said, ‘Well, I'll be naked!’” she recalled with a laugh, adding that the memory is “vivid” to this day.

Goodall spoke virtually to a Tufts audience on April 28 as part of the Tisch College of Civic Life Distinguished Speaker Series. The event was co-sponsored by Cummings School and moderated by two faculty members: Felicia Nutter, V93, a wildlife veterinarian, epidemiologist, and director of the International Veterinary Medicine program, and Christopher Whittier, V97, a wildlife veterinarian and director of the Master’s in Conservation Medicine program. Watch a recording of the live event here.

Goodall answered questions, shared stories, and reflected on the 60-year history of chimpanzee research at Gombe Stream Research Centre in Tanzania, to which she’s devoted her career, as well as the Roots & Shoots organization she founded in 1991, through which hundreds of thousands of young people in more than 120 countries take action to help people, animals, and the environment. Moderators Nutter and Whittier, who both completed research projects at Gombe Stream while students at Cummings School, are now married with children, and Goodall jokingly takes credit for their marriage. 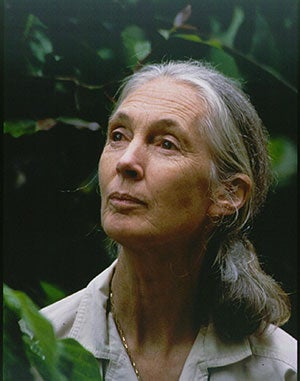 Here are five takeaways from the wide-ranging discussion with Goodall, who much prefers to be called Jane and who said that her favorite chimpanzees of all time are still David Graybeard and Flo.

She started Roots & Shoots after students in India told her that they had lost hope because previous generations had “compromised their future.” The idea was that students could make a positive difference in their community and the environment through tackling a project, such as picking up litter, cleaning a stream, or volunteering at an animal shelter.

“The main message of Roots & Shoots is every individual makes an impact every day, and you get to choose what impact you make — unless you're really poor, in which case you just have to do what you need to survive,” she said.

Goodall cited a Native American proverb: We don't inherit the Earth from our ancestors; we borrow it from our children.

“But when you borrow, you pay back. We've just been stealing,” she said. “It's not too late to start healing some of the harm we've inflicted on this planet and try to slow down climate change and loss of biodiversity.”

2. Change minds by helping people and changing hearts. In 1960, when Goodall first flew over Gombe National Park, the 35-square-kilometer area was part of a continuous tropical forest belt that extends across the continent, connecting populations of chimpanzees, bonobos, gorillas – the great apes of Africa. By the late 1980s, it had dwindled to an isolated patch of forest surrounded by bare hills.

“There were too many people for the land to support,” she said. “Struggling to survive, the local people cut down all the trees — not because they didn't know there would be erosion on the steep slope, but because their own land was overused and infertile. What could they do but cut the trees down to make charcoal and make space to grow food?”

She had been traveling around Africa to learn about chimpanzee problems, but instead she learned about the problems of people: crippling poverty, a lack of good health care and education, and the degradation of the land, all of which caused desperation. 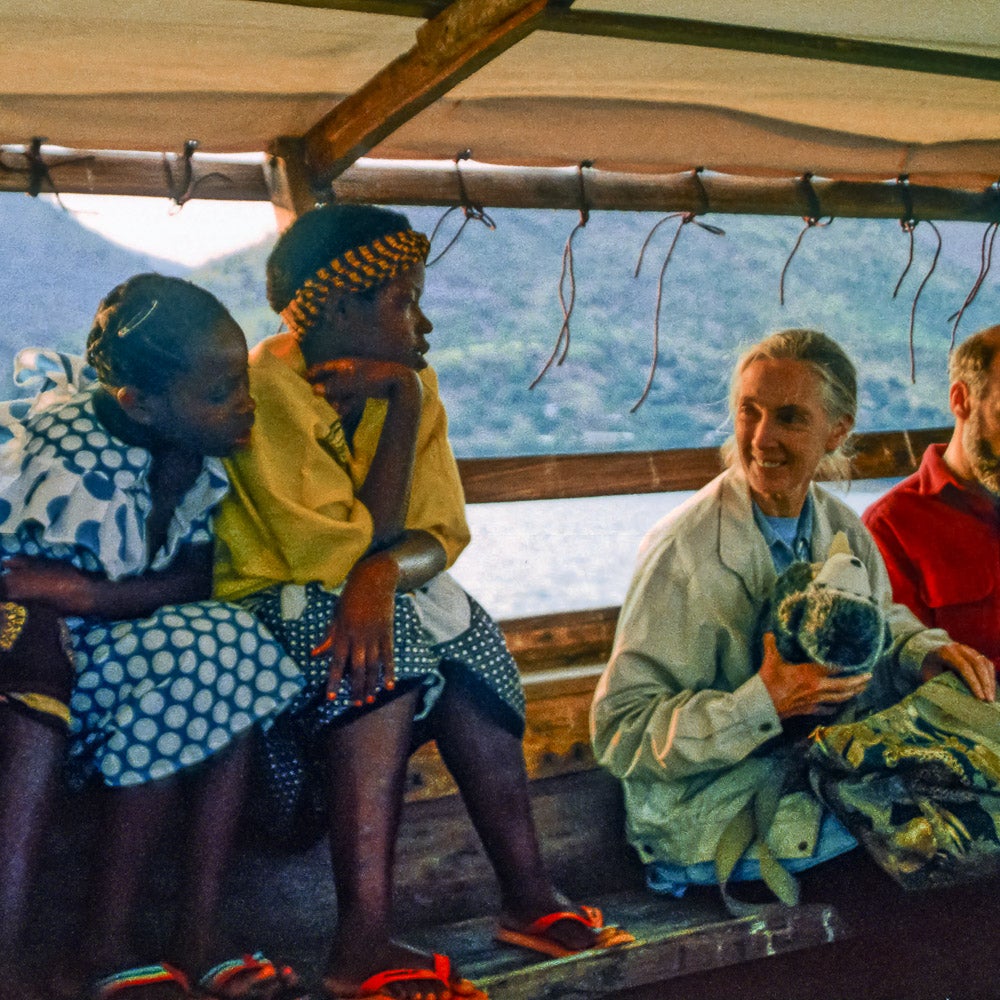 “This is when it hit me. If we don't help these people to find ways of living without destroying the environment, we can't save chimps or anything else,” Goodall said.

In 1961, Tanzania became independent from British rule and many residents were somewhat distrustful of white foreigners. But, Goodall said, since she was a young woman traveling with her mother, she found that people wanted to help her, and she was able to develop relationships with people in the dozen villages surrounding Gombe National Park.

Together, they began a program called TACARE (which stands for Tanganyika Catchment Reforestation and Education) to take care of the land around Gombe, which brought the area “a whole new lease on life.” They used satellite imagery to create land use management plans and put land aside as a buffer around Gombe, creating corridors to link the isolated Gombe chimpanzees with other groups. Today, the program has expanded to include 104 villages throughout chimp range in Tanzania and in six other countries where the Jane Goodall Institute works to protect and study chimpanzees.

“Conservation will never work long-term unless the local people are involved. All of these villages are now our partners in conservation,” said Goodall. “We've given them the tools to monitor the health of their forest, and they understand protecting the environment is for their own future, not just for wildlife.” 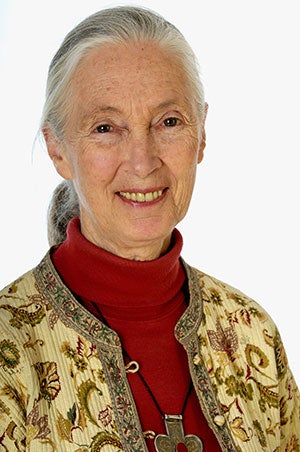 “Collecting anecdotes from different chimpanzees has ... led to amazing insights. It's not true that you can't make careful scientific observations if you're emotionally involved,” said Jane Goodall.
3. Anecdotes are valid scientific information. Goodall cautioned against too much reliance on statistical data. She prefers to get a feeling for animals’ personalities as individuals and record their stories. These anecdotes are observations, a way to see what an animal species is capable of, and she does not subscribe to the idea some scientists hold that anecdotes are unreliable data.

“Collecting anecdotes from different chimpanzees has been absolutely fascinating and has led to amazing insights. You must have empathy with your subject. It's not true that you can't make careful scientific observations if you're emotionally involved,” she said.

Goodall described the best days of her life as the ones she spent in the rainforest, observing the interconnection of all things. “I like to call it the tapestry of life. We now boringly call it biodiversity.”

“I also tell young women that you've got to prove you're equal to anybody, whether male or female. Don’t try to get a position or expect special treatment because you're a woman. Just work hard and show that you're good,” she said.

She remembered visiting South America years ago where a tribal chief told her, “We feel our tribe is like an eagle. One wing of the eagle is male, and the other wing is female. Only when those wings are equal will the tribe fly high.”

5. Consumers can help the environment through smart shopping. In response to a question about how people can affect policy changes, Goodall reminded the audience that consumers have enormous sway through their spending. She offered these three questions to ask before buying a product: Did it harm animals, did it harm the environment, and is it cheap because of unfair wages or slave labor? If the answer is yes, consider not buying it.

Anthony Fauci Talks COVID-19, Mentorship, and the Power of Listening

The Way to Save the Planet