To help celebrate Pride Month, Tufts students, faculty, and staff talk about their LGBTQ journeys, what they have learned, and what they want others to know about their experiences.

Last semester, I took Kareem Khubchandani’s Intro to Queer Studies course, and it was amazing. A lot of the connections and ideas I learned about made their way into a jukebox musical called Is There Anybody Out There? that I wrote and starred in. One theme I internalized from Queer Studies—and that was an important part of the show—is that queerness isn’t defined by being in a queer relationship or by constantly professing your queerness to the world. 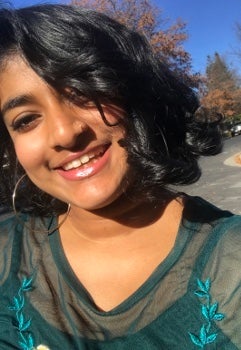 Queerness is so much more than that. It’s about defying hegemony, the status quo, and the mainstream. For me, there is queerness in moving my body joyfully; movement is a really important part of body liberation.

In the queer communities I’m part of, there are lots of queer people, but not everyone is queer. They are communities in which queer people are given space and voice, and they’re distinguished by a desire to find liberation and joy in ways that society may not deem acceptable.

In Kareem’s class, we also learned about the concept of the “charmed circle,” as imagined by Gayle Rubin. The charmed circle highlights how certain types of sex and relationships are privileged over others. Socially acceptable and privileged practices around sex and relationships, such as sex within the bounds of marriage, are in the center of the circle. Socially unacceptable practices are on the outside.

I think a lot about what it means to leave that charmed circle, as a queer person. My life doesn't have to be focused on getting into a relationship that’s queer—or a relationship, period. There’s a freedom that comes with leaving the bounds of the circle. I can write love letters to my friends, shower them with affection, shower myself with love. My love and displays of it aren’t restricted to a “one true love,” and that aspect of my queerness is beautiful. 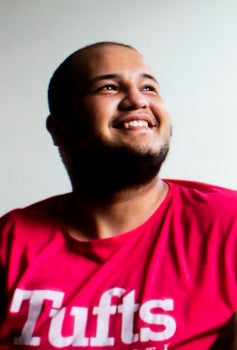 I’m from Brazil, which is not a country that’s very accepting of LGBTQ people, unless you live in a city like Rio de Janeiro or São Paulo. In fact, it’s the deadliest country in the world for trans people.

Growing up, I was one of the few kids in my school who were out. I was bullied and also had a lot of trouble with the administration. When I began thinking about college, I weighed being at a school that is LGBTQ-friendly very heavily because I couldn’t be myself at home. I chose Tufts because it had the reputation of being very LGBTQ-friendly.

And that reputation is well-earned. My first impression was the STRUT party, a welcoming party for LGBTQ students my freshman year. There’s dancing, food, and voguing performances. It’s a space where you can just talk about your experiences, and it was so accepting. You can fully be yourself.

I’ve been home in Brazil this semester and COVID has made it easier because I rarely leave my house, so I have limited contact with the outside world. My family is accepting, and my mom has always been my strongest support system. I also know that being gay—not transgender—and white has made my life easier here.

One project that I’ve been involved with for several years is online tutoring for Brazilians who identify as trans. I teach them 3D modeling and coding. Their gender identity makes it very difficult for them to get hired, even though there are lots of open positions in the technology field in Brazil. The goal is to make them as competitive as possible in the job market. 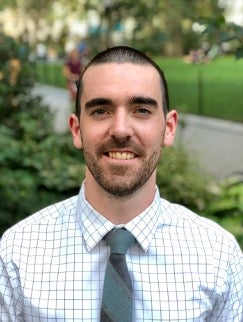 As a member of the queer community and a future physician, I think I will bring something to a clinical encounter with LGBTQ patients that a non-queer physician may not: a heightened sensitivity to the identifiers and language of gender and sexual identity and the power they possess.

For example, imposing identifiers like Mr. or Mrs. can immediately alienate a patient from trusting you with their care. A patient’s gender, sexuality, and sexual history are essential information to tailor care to their needs and require a safe and open space to discuss them.

I have experienced that feeling of identity erasure from providers, and that motivates me to constantly reflect on biases I may hold and to appreciate the incredible complexity of patients’ identities and experiences. This understanding is foundational to treating a patient as a whole person.

Historically, the practice of medicine was not focused on patient-centered care and was not attuned to the needs of marginalized populations. It was created to treat a select group of patients who are the ones depicted in our anatomy textbooks: white cisgender males and females.

Medical students learn practices that perpetuate harm to marginalized populations, such as pathologizing sexual minorities and race corrections in clinical algorithms that assess kidney and lung function. Studies repeatedly show that medical students and providers believe that Black patients have a higher threshold of pain than white patients. These embedded biases often take resources away from Black patients and hinder access to lifesaving care such as organ transplants.

My colleagues and I educate ourselves on the ways that medicine as a profession has accommodated racist and patriarchal beliefs. Only when providers recognize this can LGBTQ and BIPOC have equitable access to supportive health care. I will strive to stay abreast of important changes happening in health care—changes ensuring that medical knowledge, tools, and resources are employed justly to all persons and that access to healthcare is a human right. 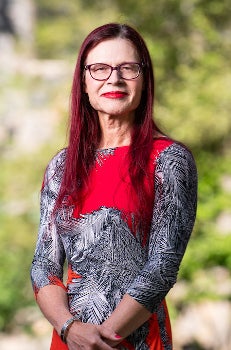 I had already transitioned when I arrived at Tufts about 10 years ago from a university located in a very conservative region of Canada. My transition created a lot of discomfort for faculty and staff there.

Tufts hired me as a transgender woman and there were no issues with being accepted as Misha. Also, I have layers of privilege. I have a PhD, I’m a professor, I’m white. Academia insulates and protects you. I don’t take any of that for granted.

I don’t consider myself a transgender activist. I’m happy to sit on an LGBTQ committee or task force, but I think that just being visible as a transgender person is important, too. I’m a biostatistician and I do research and teach graduate students.

My hope is that their interactions with me are positive, and that they’ll carry these impressions into their professions as they encounter transgender people. 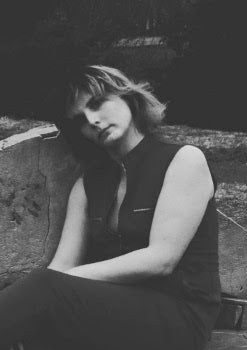 The Boston Pride parade is not being held this year, but even if it were, I wouldn’t be attending. I have immense respect for Boston Pride and the important work they’ve done for the past 50 years. But as a trans person and an ally to Black and Brown queer folks, I’m aware of how Boston Pride has marginalized some members of our community, especially Black queer people. The Boston Pride board has ignored reasoned and thoughtful feedback over the years and refused to make changes.

Organizations like Boston Pride primarily exist for white cis gay men and women. As a whole, the Pride march in Boston has become corporate, and there’s a lot of police presence. I understand there are a variety of ways to feel about police, but their presence seems unnecessary and ironic given that the Pride movement has its roots in protests against police brutality. And some members of our community don’t feel safe in the presence of so many police officers.

I celebrated Pride this year by participating in the Trans Resistance March, Vigil, and Pride Fest in Franklin Park. Trans Resistance is a relatively new group of trans and queer activists in the Boston area who reflect the kind of community leadership I’d like to see more of. This isn’t about cancel culture. It’s about holding people accountable. 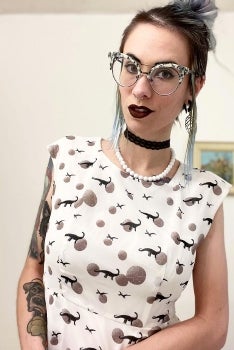 I think it’s important that veterinarians be aware of the diversity of sexual orientations and gender identities. If veterinarians aren’t versed in LGBTQ issues, if they’re using offensive or archaic terminology and not treating people with respect, they’re creating barriers to care for the animals of LGBTQ folks.

Surprisingly, even in veterinary school courses, you encounter some disparaging attitudes about gender nonconformity. While animals don’t have a concept of gender and they don’t care how we label them, the language used in veterinary medicine is revealing of underlying attitudes.

I’ve found this especially in courses on reproduction. You learn about freemartin cows, which are infertile females with masculine behavior and non-functional ovaries. These characteristics are considered to be deficiencies, and it’s hard not to draw parallels to the human world and its attitudes toward gender non-conforming people. It makes me very uncomfortable. I’d like the field to re-examine what is considered to be “normal” vs. “abnormal.”

The Physics Profession Has LGBT+ Issues