A Burn Survivor’s Triumph over Trauma 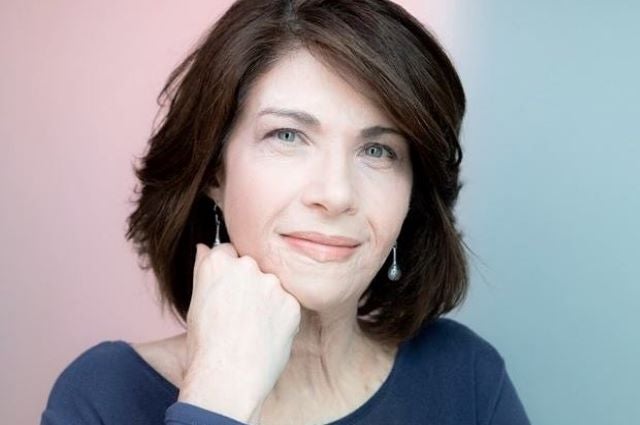 When Lise Deguire, J85, was 4 years old, she almost died in a fire that left her with third-degree burns over most of her body. She required countless surgeries, including the reconstruction of the lower part of her face.

Yet the trauma of that fire is only part of Deguire’s story, which she shares in her new memoir, Flashback Girl: Lessons on Resilience from a Burn Survivor. The book won the 2020 Nautilus Book gold award in memoir and was a finalist in the 2021 Next Generation Indie Book Awards, in a category devoted to memoirs about personal struggle and health issues.

Deguire, a clinical psychologist in private practice in suburban New Jersey, decided to share her experiences to help others. “I felt that a story about overcoming multiple traumas and building a beautiful life is a story that a lot of people could use,” she says. 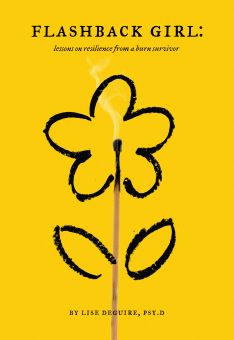 To build the beautiful life she now enjoys, which includes her career, marriage, and two adult daughters, Deguire had to heal emotionally, not just physically. And part of that healing came from understanding that the stories she was told as a child were incomplete.

For years, she thought that the fire that disfigured her was the fault of a greedy and negligent corporation. She had been told that her mother, while barbecuing, had poured lighter fluid on the coals, causing a fiery explosion that engulfed them both. Her family won a lawsuit against the maker of the fluid, National Distillers, which was found liable for not putting a safeguard called a flashback arrestor on its cans.

It was only decades later, rereading accounts of her injury, that Deguire realized that Solox—the liquid her mother had called lighter fluid in all the family stories—was actually a highly flammable solvent. Deguire’s growing realization that her mother was not as blameless as she made herself out to be is one of the painful threads of the book.

Deguire describes how her mother ran from the fire without trying to rescue her and refused to visit her as she lay alone in a children’s burn unit. Her mother went on to ignore the trauma, later making Deguire, at age 10, cook steak for the family on an indoor grill, unsupervised—and to continue to use the grill by herself even after the girl started several fires that terrified her.

“My mother essentially minimized or denied what I went through,” she says.

With hard-won compassion, Deguire depicts how her parents’ laissez-faire lifestyle masked deeper problems. Tragedy buffets the family: her brilliant and beloved older brother kills himself while she’s still a teen, her father comes out as a gay man and dies of AIDS, and other relatives make choices that cause deep pain. Recounting her losses, Deguire is candid about their impact but refrains from blaming family members for their limitations.

“My parents were not interested in parenting that much, which they would say was giving us freedom, but in retrospect was trending to neglect,” she says. “I realized, ‘Oh my goodness, this was really messed up’ once I had children of my own.”

Despite her parents’ shortcomings, Deguire describes them as people you might like if you met them. Her father, a music professor, and mother, a gifted classical pianist, performed a musical shtick together that always got guests laughing at their parties. Her dad’s funeral overflowed with former students, and her mother was a talented stained-glass artist who earned a doctorate in psychology.

Deguire credits her own deep-rooted optimism, as well as years of therapy, for helping her through the challenges she’s faced. She also points to her network of friends, who offered support when her biological family would not or could not.

At Tufts, for example, she found a home performing with the Torn Ticket II musical theater group and singing a cappella with the Jackson Jills. She thrived in her classes, calling the experience “intellectually, the best four years of my life.”

And yet something was missing: She wasn’t dating as she had hoped she would.

“That is one of the hardest things about being burned,” she says. “There are just a lot of men who are never going to be interested, no matter how smart or kind or funny you might be. It's painful.”

One of the triumphs of Deguire’s story is that she does find love, and while even that is a bit messy—she’s now in her second marriage—her efforts to build a strong romantic relationship and healthy family will be relatable for many readers. Nurturing those bonds has helped her flourish despite the sorrows she’s experienced.

“Sometimes your family isn't there for you, either because they can't be emotionally or because they're physically not on this earth, but there is plenty of love out there,” she says. “I think that's what's gotten me through.”