Taking on Harmful Cells That Contribute to Age-Related Diseases 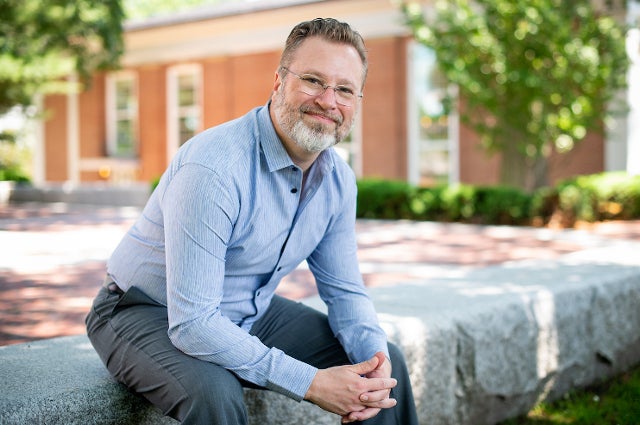 It’s not the fountain of youth, but a fast-emerging class of drugs could bring us closer to achieving the age-old quest for longer life, better health, and greater vitality.

The drugs, called senolytics, carry out search-and-destroy missions against senescent cells, which are linked to aging. Early in life, senescent cells support crucial functions such as embryonic tissue development and later wound repair. They also send signals that cause women to go into labor and initiate live birth.

But senescent cells stop dividing over time—that is how they function. They accumulate in the body and release harmful molecules that contribute to arthritis, osteoporosis, glaucoma, Parkinson’s disease, Alzheimer’s disease, and many other age-related conditions and afflictions.  They were recently shown to be a major mediator of fatalities in coronavirus-infected mice, possibly explaining the increased susceptibility of older people to COVID-19.

To find out more about senolytics and their potential to prolong both the quality and length of life, Tufts Now talked with Christopher Wiley, a researcher on the Basic Biology of Aging Team at the Jean Mayer USDA Human Nutrition Research Center on Aging at Tufts.

Tufts Now: What is cellular aging—or senescence—and how does it contribute to aging?

Chris Wiley: Senescent cells are those that have been dividing, but stop doing so and go into permanent lockdown. If the cells are stem cells or other forms of progenitor cells, they are not able to contribute in a meaningful, positive way to that tissue ever again. If you have too many of these cells, you can easily imagine a situation in which your body is unable to regenerate after illness or injury.

The more problematic part of senescence is that these cells don’t just sit there after their positive contributions are over. Instead, they release a blend of factors called the senescence-associated secretory phenotype, or SASP. This is a combination of molecules that can cause disease by promoting inflammation and disrupting the environment around the cell.

Senescent cells show up in virtually every vertebrate, from fish to humans. If you live long enough, they appear in nearly every tissue in the body. We can’t keep up with the number of diseases that they seem to drive. It’s almost as if there’s a new one discovered every other month.

Can you provide some examples of senolytics?

One of the first that was discovered is fisetin, a flavonoid found in strawberries, apples, onions, and cucumbers. Flavonoids are compounds, often found in plants, that have many properties. For example, vitamin B2, or riboflavin, is a well-known dietary flavonoid.

Fisetin is one of the most prolific senolytics tested on mice so far, and has even entered clinical trials in humans. But this is not something where you eat a couple of strawberries every day and get a dose that would kill senescent cells. You’d have to consume an extremely large number, which no one should try. It is currently being sold to the public as a dietary supplement.

Another senolytic, quercetin, is the most abundant flavonoid in food. It is found in green tea, coffee, various berries, apples, onions, broccoli, grapes, citrus fruits, and red wine. Like fisetin, it is available as a dietary supplement.

What have studies shown about the effects of senolytics?

Studies in mice suggest that by destroying senescent cells, senolytics extended life by as much as 27 percent, which is pretty considerable. I want to be careful about extrapolating, but for illustrative purposes, life expectancy in the US before COVID was almost 79 years. If the mouse results were to apply in humans, that would boost life expectancy to 100 years.

It’s not just that the mice lived longer, since if they were unhealthy, that wouldn’t be good. Encouragingly, results from senolytic studies include better cardiac function, less dementia, fewer cataracts, and reduced muscle loss.

Early studies with human volunteers, which are designed to first test for safety, offer grounds for optimism. In one three-week trial, 14 patients with pulmonary fibrosis walked further, faster, and rose more quickly from their chairs after receiving a handful of doses of senolytics. I want to be cautious and note that there was not a control group for this early-stage study, the participants took additional medications, and many aspects of the disease did not improve.

The field is undergoing explosive growth, with as many as 100 companies exploring senolytics. Academic researchers are just as active. For example, there’s a clinical trial for senolytics with diabetic kidney disease and another for addressing frailty. There are many others. The FDA process emphasizes drugs for specific diseases, so researchers are testing senolytics for individual conditions, even if they might have broader implications for aging.

I presume we shouldn’t leap to the conclusion that these are “miracle” drugs. What caution would you offer about their efficacy and possible side effects?

Senolytics are only now being tested on humans, and while their effect on mice is often dramatic, we know that results from mice don’t always translate to humans. We’re also at the earliest stages of understanding efficacy, which will likely take years. There are at least 20 clinical trials taking place right now.

To date, side effects of senolytics have been things such as cough, shortness of breath, and gastrointestinal discomfort or heartburn. As we develop new senolytics, we should be able to improve both the efficiency of senescent cell elimination and the incidence of side effects.

Should people be taking these supplements based on these early findings?

Here’s what I think: People should not look at early positive test results from studies in mice and start taking senolytic supplements. First, supplements are poorly regulated. At the basic level, there is no guarantee that you’re going to get what it says on the bottle.

Second, you don’t know what else has been added to the supplement.

Third, even if something works in mice, it is far from certain that it will work in humans.

Fourth, taking supplements may be harmful in some cases. If you take a senolytic supplement and have surgery, or a wound, senolytics could weaken the capacity of the body to respond properly.

And in light of the importance of senescent cells in embryo formulation, most definitely don’t take them if you are or could be pregnant. This field is in its infancy; we have so much more work to do with safety and efficacy.

What does your senolytic research focus on?

There is a specific fatty acid made in small amounts in the body called dihomo-gamma-linoleic acid or DGLA. It’s also present in tiny amounts in the diet. When I gave aged mice larger amounts of DGLA, they went from having quite a few senescent cells to having significantly fewer.

This presents a new therapeutic target. I identified a candidate compound using the DGLA metabolic pathway that works at a dose that is over 1,000 times lower than fisetin, so you can imagine we’re quite excited by these results.

Like many biomedical discoveries, it was accidental. DGLA makes anti-inflammatory lipids, which help alleviate conditions such as rheumatoid arthritis. I was studying this aspect of DGLA when I was surprised to discover that it killed senescent cells.

My work is in its very early stages, and we’ve only studied a small number of mice, so it’s too early for even tentative conclusions, although I’m obviously pleased that we’ve seen the elimination of a meaningful number of senescent cells in old mice. We’ll be closely monitoring DGLA’s positive effects as well as any negative effects on the mice.

How would DGLA be given to people?

We are several years away from that, because everything has to be perfect with mice before we even think about trials with people.

First, we have to figure out how DGLA is killing senescent cells in mice. Again, not all studies with mice yield similar results in humans, so we are very careful about how we convey our findings and possible future actions.

But being at the HNRCA, I have met USDA researchers and nutrition scientists, and discovered that some of those folks were developing DGLA-enriched soybeans. In one scenario, you might go out for sushi and get a little bowl of DGLA-enriched edamame as a side. By the time you’re done eating, you’ve helped reduce the odds of getting some age-related pathology.

I don’t know if it will play out that way, but it’s an idea we’re working toward. I also am working on therapies that elevate the amount of naturally occurring DGLA in senescent cells that I am very excited about, so this would be an alternative approach.

You are also studying ways to test senolytic therapies beyond such measures as improvement in distance walked, right?

Yes, I am developing a quick and easy test to tell if senolytic therapy is working. Testing for senolytic effectiveness is not really being done now—you just look for improvement in symptoms or functioning and essentially conclude that it’s due to the therapy.

But we can’t say that with full confidence. Currently, researchers obtain skin or fat samples from patients in these trials before and after senolytic treatment to look for senescent cells. But this is an invasive procedure and it’s especially challenging for older people to undergo this testing.

One way to solve this dilemma is to identify a biomarker, a measurable compound that consistently and reliably can confirm an intervention’s effectiveness. For example, we know that a certain lipid, dihomo-15d-PGJ2, accumulates in large amounts inside of senescent cells.

Get to Know Kyongbum Lee, New Dean of the Tufts School of Engineering