Arts and Sciences first-year student Gaurika Singh is on Nepal’s swim team, and carried her nation’s flag at the opening ceremonies

Most of Tufts’ Class of 2025 first-year students are at home now, resting up before their move to campus in Medford, but not Gaurika Singh. She’s in Tokyo, representing Nepal in the Olympics as a member of her country’s swimming team. In fact, she led her team, carrying the Nepali flag, at the opening ceremonies on July 23.

This isn’t even the first Olympics for Singh. She was the youngest athlete to compete at the 2016 Olympics in Rio, when she was only 13 years old. “I am very fortunate to be able to say this is the second Olympics that I am competing in for Nepal,” says Singh. “I am so grateful for this opportunity to be amongst other hard-working and driven individuals representing their country.”

She says she reminds herself that she has trained for the Olympics for the past five years. After all that hard work, she says, “I just need to focus on getting the smaller things right, such as eating well, keeping hydrated, and going to bed on time.”

Being at the Olympics can be stressful. “Mentally, it can be difficult to cope with, but as athletes, we are trained to deal with the nerves,” she says. “Still, sometimes we can get anxious, and it’s OK to ask for help. I am very grateful to have always had a great support system around me—my friends, parents, and coach—and they have always helped me stay calm and collected.” 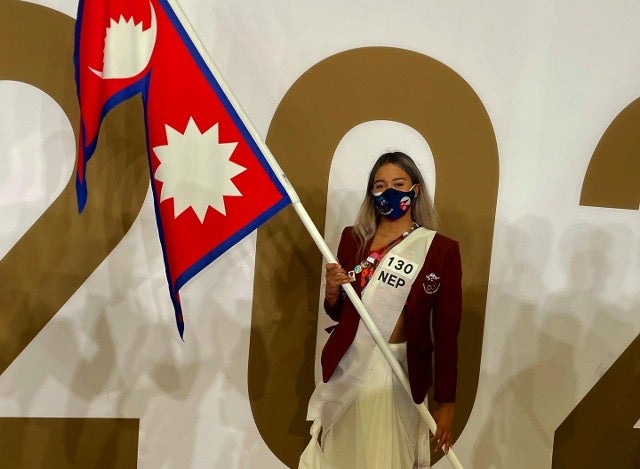 “The most exciting part is definitely being able to represent my country at the highest level,” says Gaurika Singh, who held the Nepali flag at the opening day ceremony. Photo: Courtesy of Gaurika Singh
Singh’s first competition will be in Heat 1 in the women’s 100-meter freestyle, taking place at 6 a.m. ET on July 28.

“The most exciting part is definitely being able to represent my country at the highest level,” Singh says. “Although it is an unbelievable opportunity for me, I hope I am also able to inspire other women and girls from my country to participate in sports.”

She’s had plenty of experience at the international level before, too. In addition to competing in the 2016 Olympics, where she won her first heat in the 100-meter backstroke, she also won four gold medals during the South Asian Games held in 2019 in Nepal, which included competitors from Bangladesh, Bhutan, India, Maldives, Nepal, Pakistan, and Sri Lanka.

Singh is making a name for herself. She was in the Forbes 30 Under 30 Asia this year, in the entertainment and sports category, and has a large and loyal following on Instagram. 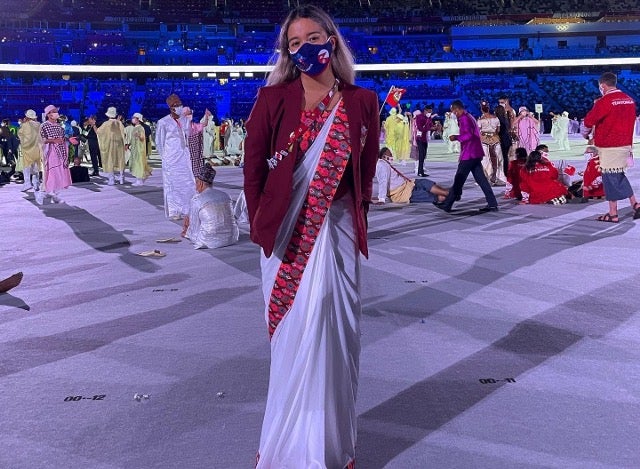 “I am very grateful to have always had a great support system around me—my friends, parents, and coach—and they have always helped me stay calm and collected,” says Gaurika Singh. Photo: Courtesy of Gaurika Singh
This fall, Singh will join the incoming Class of 2025; matriculation is on September 2. And Singh is already looking forward to life as a Jumbo. “I had no doubts about Tufts being the place that I wanted to spend the next four years of my life,” she says.

She says the combination of a highly competitive swimming program and strong academics led her to choose Tufts. It was important to find “a school with a rigorous academic program that would push me outside of my comfort zone, along with faculty who would support and guide me along the way.”

She’s also looking forward to keeping up her swimming. Swimming head coach Adam Hoyt and associate head coach Abby Brethaur “made it easy for me to fall in love with the swimming program,” she says, adding that meeting some of the current student-athletes “made me want to join sooner.”