Do We Deserve Our Punishments—and Our Rewards?

Tufts philosopher Daniel C. Dennett debates in a new co-authored book about free will, moral responsibility, and getting our just deserts

Picture this: an accountant embezzles hundreds of thousands of dollars from his employer and gets caught red-handed. He pleads that he shouldn’t be punished: he was brought up in poverty, and deserves a break. Then it comes out he’s done this before. Should he be held responsible and punished? Should he get what some people would call his just deserts?

Just Deserts: Debating Free Will is an extension of an article in which they debated whether we should be held morally responsible for our actions. The short answer: yes, per Dennett, and no, per Caruso. 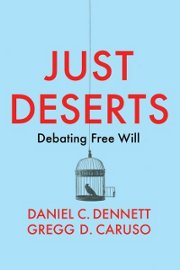 “If free will has nothing to do with moral responsibility, then it’s not an interesting idea,” Dennett says. “The only varieties of free will worth wanting are ones that have a moral significance.”

The two philosophers first met at a conference on moral psychology at the American University of Beirut, Lebanon, in 2018 and realized they shared an abiding interest in the complexities of the question.

“I don’t think we’ve in the end persuaded each other,” says Caruso. “But I don’t think that would have been expected anyway.”

Tufts Now spoke to Dennett and Caruso together via Zoom to learn more about free will, punishment, luck, how to teach children moral responsibility—and red cards in soccer games.

Tufts Now: Since your book project started in Lebanon, let’s start there, with the violence and destruction in the civil war that began in 1975. Would you say that the men who started the war and kept that conflict going are morally responsible for the death and destruction that has occurred?

Gregg Caruso: I would deny that they are responsible in what I call the basic desert sense—that would make them truly deserving of praise and blame and punishment and reward. That’s because of one of the things we debate in the book: luck.

There’s constitutive luck, the kind of luck that makes you the person you are, and present luck, luck around the time of action. And there’s situational luck, your fortune at being born into good circumstances or bad ones.

In the Lebanon case, it’s the largely bad luck of being born in a situation where sectarianism is rampant and where violence seems to be the norm. So I tend to have a different take on whether or not blame and punishment is always the right reaction in those types of situations. 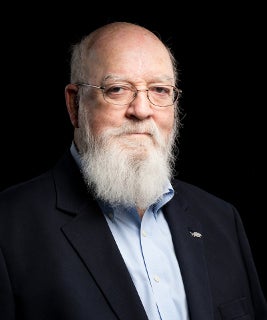 Dennett: Well, we have a real disagreement there. Luck doesn’t swallow everything. And in fact, we wouldn’t want it to. For the person who has been most unfortunate to face some terrible moral decision, the question is, “Did you rise to the occasion or not?”

If you didn’t, don’t you think that you are responsible for not doing what you know in your heart is the right thing to do? Normal adults—even normal unlucky adults—not only can take responsibility, but by and large they want to take responsibility.

Caruso: We now know a lot about behavioral science, things like the Stanford prison experiment and Milgram shock experiment, that people are quite susceptible to doing things based on authority in situations where they think that they would be strong enough to act otherwise.

Dennett: It’s true, but I don’t think it diminishes their responsibility.

Tell us about the case of South Africa, where people who were responsible for the horrors of apartheid were held accountable but not in a retributive way. 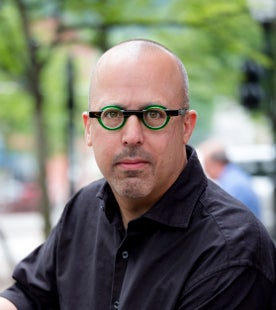 “We’re trying to develop our children into better moral beings. And one way to do that is to engage in a kind of conversational approach . . . without involving blame or reactive attitudes,” says Gregg Caruso.

Caruso: In South Africa, after apartheid, the country had to decide how to deal with their past. One option was to hold everyone accountable in terms of their deeds during apartheid, to seek retribution, and view everything at the level of individual responsibility.

But what they decided to do, which I think ended up being a much better process in terms of effectiveness and what works practically speaking, was to look forward instead of looking to the past, and engage in a different sort of fact-finding mission, acknowledging the wrongs that were done.

What about punishing people for the wrongs they commit against others?

Dennett: Punishment is something that people don’t want done to them. It’s something that is imposed on them by a state, and it is one of the fundamental ideas of civilization, without which we are back in the state of nature.

Nobody is going to get off a red card by saying, “Well, but look at my childhood, look at what I went through.” No. If you’re going to play soccer, you hold yourself responsible, and if you get a red card, you deserve it.

When we raise children now, we don’t necessarily talk about punishment, but rather about the consequences for breaking a rule. There’s a consequence for hitting Jimmy, but it’s not punishment. It’s not termed punishment.

Dennett: I think that’s a bit of misplaced verbal diplomacy. Children are a very interesting case, because every parent has to face the question of how lenient they should be. When should I stick to my guns and draw the line in the sand and punish? I’m not talking about corporal punishment, but I am talking about loss of privileges, things that kids really don’t like. If we do a good job, we gradually rear them to make themselves responsible.

Caruso: It depends on the function of punishment and what we are seeking to do. I think Dan and I both at least agree on this, that one of the goals would be moral formation. But is preserving notions of free will and punishment and desert-based responsibility—that is, responsibility based on the idea that people deserve something—the only way? I would argue is that it’s not and quite often in many cases I think it would be the suboptimal way.

We’re trying to develop our children into better moral beings. And one way to do that is to engage in a kind of conversational approach that we use in contexts like art critiques to ask, “Why did you make those particular choices?” I think that you could do that without involving blame or reactive attitudes. Instead of blame, you express disappointment.

Dennett: They wouldn’t work at all if they didn’t have the foundation of holding people responsible and declaring them justly punishable. It’s like proposing a quarantine system to deal with rule breakers, but that won’t work if you can’t punish people who refuse to cooperate with the quarantine system.

The whole system wouldn’t work if you didn’t have laws, and you can’t have laws without punishment. The law that has no punishment is just a suggestion.

In Daniel Kahneman’s book Thinking Fast and Slow, he talks about what he calls System 1 and System 2. System 1 is basically automatic, unconscious thinking that leads to actions, while System 2 is very conscious thinking leading to conscious acts. Does that mean that we don’t have free will, say, 50% of the time?

Dennett: Kahneman’s work is wonderful, but it does not show that we don’t have free will. The very fact that he wrote the book shows that we can identify the shortcomings—the quick and dirty vulnerabilities of our own thoughts—and we can take steps when it matters to correct for that.

We use System 2 thinking to monitor and improve our System 1 thinking, and we are held responsible for our System 1 thinking and so we should be, because if we’re adults and moderately reflective, it’s within our power to identify those flaws and take steps to correct them. And if we don’t, we’re negligent.

Because so much of our lives are ruled by chance, how much does that cancel out some of our moral responsibility?

Dennett: I would say the fact that we know this about ourselves—that we know the role chance plays—doesn’t obviate our responsibility very much.

Here’s a classic case. I drive home with too many drinks in me and I don’t hit anybody or I hit a tree and just damage my car, versus I hit a little girl and kill her and it’s just bad luck that she was there—but I am still responsible, because I know that unlucky things like that happen.

There are strict liability laws for pharmacists. They don’t get to say, “This was bad luck that I gave the wrong medicine.” They are obliged to work in very bracing conditions. If you want to be a pharmacist, you can’t complain about bad luck. Instead, you have to anticipate and do everything you can to forestall bad luck happening at crucial moments. It’s designed to brace us—making us better people. I say you can’t make better people without laws and punishment.

Caruso: The idea that individuals are fully praiseworthy for their successes and fully blameworthy for their failures has led to harsh attitudes toward those suffering from poverty and economic inequality. It leads to this idea that America is a meritocracy, which is largely a myth.

There are studies that show that belief in free will is linked with belief in a just world—that good things happen to good people and bad things happen to bad people. But that’s a really pernicious idea, because it turns into a kind of blame-the-victim approach, the most obvious example being the tendency to blame rape victims for their own victimhood.

Dennett: I think almost everything you just said is beside the point, and here’s why. To say we are living in a meritocracy is nonsense. Our version of meritocracy is desperately flawed. I think it is an aspirational goal. We haven’t achieved it. And anybody who thinks we have, they’re just wrong.

But the way to deal with the fact that they’re wrong is not by abandoning the idea of deserving some consequence, whether good or bad, but by reforming that idea and by reforming the applications, making better laws and doing a better job of enforcing those laws.

Why Are There Minds?

Our Brains, Our Selves: Daniel Dennett