Behind the Scenes at the Global Climate Summit

Tufts delegates describe what frustrated and inspired them at the U.N. conference in Glasgow

Tufts delegates who attended the United Nations climate summit in Glasgow expressed concern that the international negotiations fell short of the action needed to curb the most cataclysmic impacts of climate change.

“In many ways, I believe that we have passed numerous points of no return, and I know many others I met while I was there felt the same way,” said Brigid Deegan, F22, who was part of the Tufts delegation of about two dozen students and alumni who participated in the 26th United Nations Climate Change Conference, also known as COP26. Deegan attended the first week of the two-week summit, which ended November 13.

“I was, however, deeply moved by other youth activists, Indigenous communities, and historically marginalized groups that I met and listened to throughout the week,” she said. “Their conviction and drive to keep moving forward despite underwhelming deliverances from the [negotiating] parties gave me the peace of mind that there are good people in the world who are out in the field now doing the thankless work that must be done without waiting for the go-ahead by more powerful actors.”

Here Deegan and three other members of the delegation share their observations of the historic negotiations and their hopes for the future. 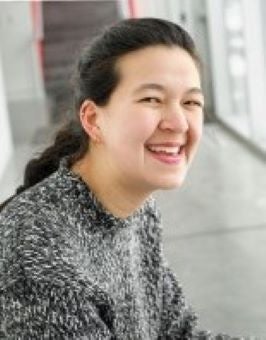 Clara Cho, N22
Clara Cho, N22, is earning a master’s degree at the Friedman School of Nutrition Science and Policy, focusing on agriculture, food, and the environment.

Going into COP26, I did not have any expectations beyond my doubt that negotiations would succeed in setting us on the path towards limiting warming to 1.5˚C [above pre-industrial levels]. The new Nationally Determined Contributions are still not enough.

The strong youth presence at COP26, and seeing their engagement with side events, pavilion talks, and the negotiations, has given me a lot of hope for the future. Outside of the conference, seeing the massive, largely youth-led protests calling for urgent, aggressive action on climate change has also given me hope, but of a different sort. I agreed with the sentiments of the youth protestors, namely that climate action is not happening fast enough, and while their protesting was uplifting, I still worry that it will not have the necessary impact.

Being an observer at COP26 has made me feel responsible for holding people, ranging from leaders to nonprofits and companies, accountable after witnessing the strong statements and pledges for climate action that were being made.

One of the biggest things that surprised me is that the UK presidency of COP has pledged to make COP26 the first carbon-neutral COP, with an extensive note outlining the standards that will be used to account for all emissions and their offsets. This shocked me because the event is happening on an enormous scale, and I doubt that all of the associated emissions can truly be accounted for. I intend to follow up and see how successful they are.

After experiencing this week at COP26, where I listened to people repeatedly stating that agriculture is both part of the problem and the solution for climate change, I found myself feeling affirmed in both my education pathway and my desired career path. This area of study is hugely important both now and for the future as climate change continues. 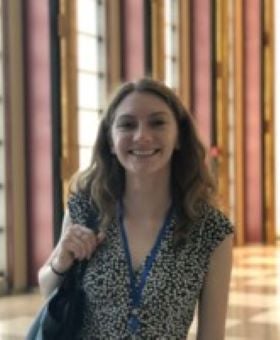 I wanted to attend COP26 to witness, firsthand, dialogue about the intersection of migration with climate justice and international policy, and to see whether inclusiveness was being taken seriously. In a lot of ways, my expectations were met, although not how I originally anticipated.

Many of the voices I think to be integral include Indigenous peoples, youth, and more generally, those who are the most vulnerable to the impacts of climate change. While these people were present and active at COP26, their presence was largely excluded in negotiations and overshadowed by wealthy nations and external actors, such as the fossil fuel industry, that had an overwhelming presence.

Through side events, discussions at pavilions, and through protests, such as Fridays for Future, I was able to hear their firsthand accounts of the impact of climate change on their lives and desire to incorporate local knowledge and experiences with governmental actors. However, in many instances, these very frank and sobering dialogues were far removed from the negotiating table and mainstream media.

It’s really hard to feel like COP26 gave me any semblance of reassurance or hope. In many ways, I believe that we have passed numerous points of no return, and I know many others I met while I was there felt the same way.

I was, however, deeply moved by other youth activists, Indigenous communities, and historically marginalized groups that I met and listened to throughout the week. Their conviction and drive to keep moving forward despite underwhelming deliverances from the [negotiating] parties gave me the peace of mind that there are good people in the world who are out in the field now doing the thankless work that must be done without waiting for the go-ahead by more powerful actors. 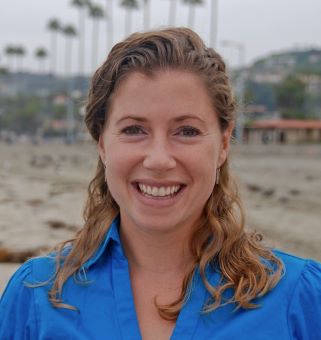 For me, COP26 has helped crystallize some of the topics that still require a combination of scientific and policy action. For example, clean energy development needs to take a cradle-to-grave approach, and analyze the process through both sustainability and environmental justice lenses, in order to address both the environmental and social harm involved in the mining of minerals for battery production. There are a lot of “sticky points” like this that hinder solutions from becoming truly clean products.

Being here also highlighted what a great privilege it is to be a delegate. Many who attend COP are less impacted by social justice and climate issues and have the resources to attend. Part of the issue with the conference is accessibility to those who are and will be most affected by climate change.

It is interesting to compare my experience to other observers, many of whom feel that those outside the negotiations do not have real influence. It almost feels like the pavilions are a separate meeting for non-negotiators, but it’s interesting to think how observers and those outside the meetings entirely can best exert influence on policymaking. 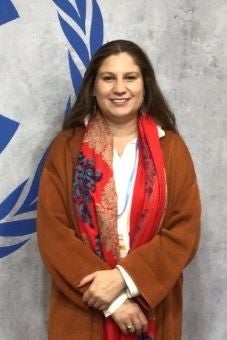 I mostly wanted to attend COP26 in order to engage with the discussions focused on nuclear energy, natural gas markets, electric grid resiliency, and maritime trade. I found several events diving into those topics at the Egypt, Japan, Russia, and Turkey pavilions. More specific to the nuclear field, I was able to speak to young professionals and academics at the Nuclear for Climate booth about companies developing small modular reactors.

I am writing my thesis on the $22 billion nuclear power plant in Akkuyu, Turkey, that is built, owned, and operated by Russia. During the COP, I was able to engage with professors from Turkish universities who focus on extreme weather events, water security, and natural gas pipelines. These discussions have informed my views on how the Akkuyu case study fits into larger emergency response, supply chain resiliency, and environmental vulnerabilities.

Jacob Werksman, the EU’s lead negotiator to COP26 and a visiting professor at the Fletcher School, also addressed our group. He discussed the view from Brussels regarding U.S. commitments at COP26, U.S. electoral politics, and the durability of transatlantic cooperation.