In 1920, W.E.B. Du Bois helped found “The Brownies' Book,” the first publication of its kind. Now a Tufts professor is helping bring it long-overdue attention

The year was 1919, and tension in America was palpable. While northern cities continued to absorb influxes of African American migrants fleeing racism and poverty of the South, a series of high-profile lynchings of Black people gripped the nation.

The situation reached a breaking point when a Black teenager in Chicago drowned after being pummeled by rocks when he ventured to the white side of a public beach. The incident set off a wave of violent race riots that became known as the Red Summer.

Watching the troubling series of events unfold amid the rise of Jim Crow segregation laws, W.E.B. Du Bois, the sociologist, educator, civil rights activist, and writer, turned his attention to supporting the needs of those in the community he viewed as most vulnerable: Black youth.

At the time, Du Bois and his editorial team—Jessie Redmon Fauset and Augustus Granville Dill—were publishing The Crisis, a national magazine that called attention to injustice faced by African Americans.

To meet this new challenge, in 1920 they began publishing The Brownies’ Book: A Monthly Magazine for the Children of the Sun. It was first standalone major periodical targeted for Black children. 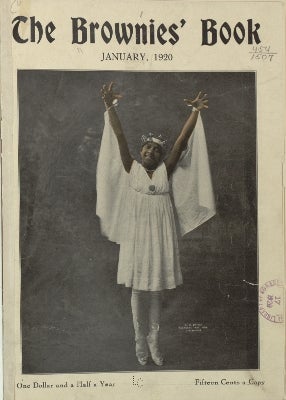 The first issue of the “The Brownies’ Book.” Photo: Library of Congress
“Du Bois was really attuned to how these various problems and crises were especially impacting Black kids, and thought that the publication would celebrate their achievements and honor their dignity,” says Freeden Blume Oeur, an associate professor of sociology.

“The publication gave space to Black writers and Black creatives, and Black poets and artists to contribute work,” says Blume Oeur. He was guest editor of a special issue this fall of the Journal of History of Childhood and Youth that commemorated the 100-year anniversary of The Brownies’ Book, which ran for two years and published 24 issues. The magazine, Du Bois said at the time, was a way “to see that being colored was a beautiful thing.”

The Brownies’ Book included a mix of fairy tales, political news, puzzles and brainteasers, games, and poetry. The magazine also offered stories about influential African Americans such as Harriet Tubman and Samuel Coleridge-Taylor, as well as vignettes on the achievements of ordinary young people. Readers could even submit their own letters and stories for publication. 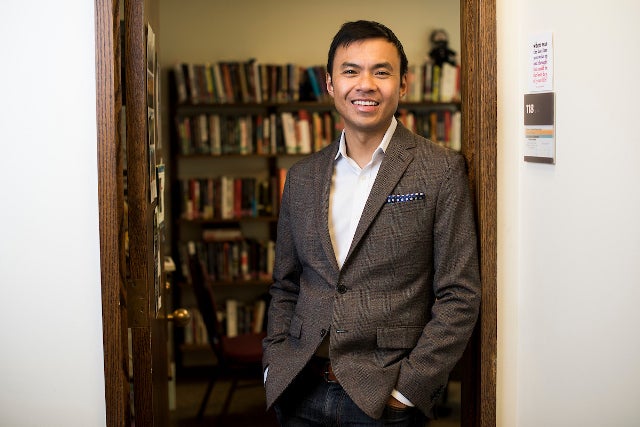 “I would love people to see that Du Bois and his co-editors wanted to give a space for young people to learn to imagine, dream, and feel a sense of liberation and freedom, even while there were so many contemporary examples of the opposite—Black violence and death and Black social death,” said Freeden Blume Oeur. Photo: Alonso Nichols
Notably, the magazine prominently featured fantasy and science-fiction stories in what was considered a precursor to the creation of Afrofuturism. That is a cultural aesthetic that combines science-fiction, history, and fantasy to explore the African American experience—for a contemporary example, think of 2018 film Black Panther.

The publication also served as a springboard for artists and writers who would publish their first works in the magazine and go on to play influential roles in the Harlem Renaissance, among them writer and poet Langston Hughes, who initially submitted his high school senior year photo to the magazine before writing a series of articles.

Blume Oeur recently spoke to Tufts Now about why he thinks the century-old magazine remains as relevant as ever.

Tufts Now: Why is The Brownies’ Book such an important publication?

Freeden Blume Oeur: The Brownies’ Book has a special place in the history of Black literature, children’s literature, African American intellectual history, and Black history. I think because it had a brief run it tends to be overlooked, but there is a magical quality to it.

For example, there are lots of beautiful pictures of young Black people just playing and enjoying themselves and being free. These stood alongside sophisticated portraits that were intended to resist the larger narratives around scientific racism of the time that degraded Black bodies.

How does Du Bois’ magazine fit in the historical moment then—and now? 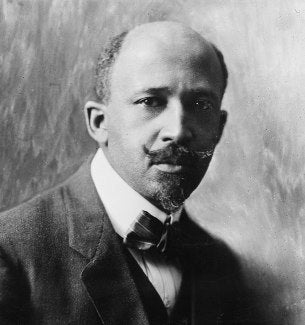 W.E.B. Du Bois in 1918. “He was arguing for equal representation and educational equality—to be viewed as fully human before society,” said Freeden Blume Oeur.
In the journal special edition which I edited, the contributors place the original publication within various histories and contexts. They show that it’s a publication that 100 years later feels as urgent as ever, with the extrajudicial violence against African American people; the way that Black communities are fighting to defend the sense of dignity and humanity in the face of gross violence and inequality; and the fact that young people have never been shielded from these horrors.

I think Du Bois was very honest about these realties. Although the original magazine was a unique space—a marvelous universe of its own—he wasn’t saying that this means that we are trying to shield young people from racial violence. In fact, racial violence was one of the main motivations for the publication.

The messaging of the magazine seems so purposeful and remarkable, and to reach across generations. Can you say more about that intent?

There is a wonderful history in Harlem Renaissance writing called cross writing—publications that would seem to be geared toward young people were also speaking to adults. You can imagine how some of these publications may have been shared.

There may have parents and other adults reading with kids, and there is that history of kids learning to read and write by perusing and engaging with magazines often with adults. In a way these messages appeared to be geared toward young people, but were also speaking to older people. 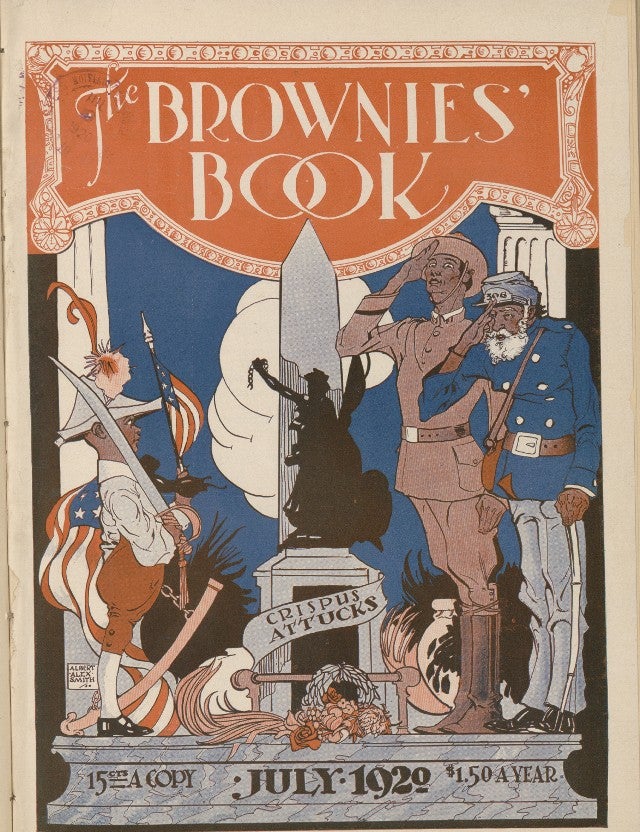 The July 1920 cover of “The Brownies’ Book” magazine. Photo: Library of Congress

Why do you think the magazine is still relevant today?

There’s something tragic about the fact that the magazine remains as important now as it was back in 1920, because it was touching on issues, as Du Bois puts it, aiming to really embrace the hurts and the resentments, but also the love and ambition of young Black people.

It was saying that as young people, your dreams and your ideas matter. He was giving space to Black authors to help teach young Black people about their own histories and cultures, an incredibly important aim then, and something that Black communities are still fighting for today.

He was arguing for equal representation and educational equality—to be viewed as fully human before society. In its own way, this very simple magazine was just trying to say, here’s a space for you to learn about yourself, learn about your culture, and to learn about one another.

And the fact that it ended after only 24 issues is also very telling. That lack of financial support is a story that is very true for many political projects in the Black communities today as well. The way history repeats itself is a stark reminder that change has been very hard to come by.

But if nothing else, I would love people to see that Du Bois and his co-editors wanted to give a space for young people to learn to imagine, dream, and feel a sense of liberation and freedom, even while there were so many contemporary examples of the opposite—Black violence and death and Black social death.

Sometimes the focus on terror and horror takes away from the fact that these are young people who just want to feel a sense of freedom and joy, and the fact the original magazine was able to accomplish both things in its pages just shows the remarkable nature of the publication.