This was the year we gradually increased our sense of pandemic normalcy, as the university vaccines became available.

Early in the year, I covered the first in-person concert in Distler Auditorium, after a year of Zoom performances; it was incredibly moving. A month later, a staycation replaced our typical spring break on a sunny and warm day, with everyone breathing a collective sigh of relief at being able to get outside and have some fun.

After a summer of access to vaccines, students and faculty seemed relieved to return to in-person classes for the fall semester. The energy on campus changed as first-year students came for in-person pre-orientation and joined upper-class students to pack the Academic Quad for the O-Show.

This fall, too, sports competition returned to our athletics fields, providing more excitement. Finally, Joyce Cummings Center opened its doors with its bright colors, bold design, and fresh vistas of the venerable campus on the hill above.

It felt like 2021 was a year of renewal and rebirth. This year in pictures is once again a humbling exercise in appreciating our community’s perseverance and strength. 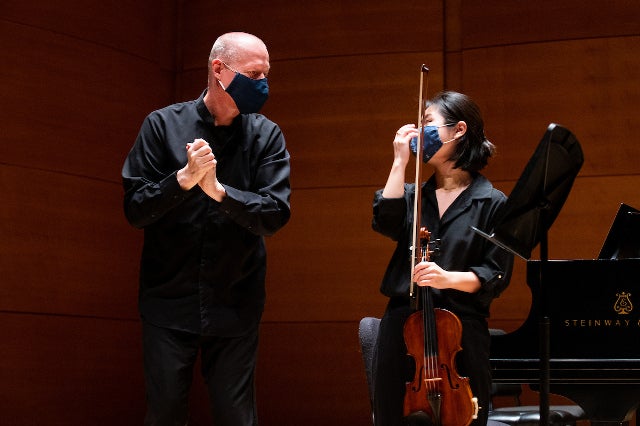 John McDonald, professor of music, and Annie Kim, AG21, share a moment on stage during the Tufts Composers—How to Be Remembered concert on February 26. Photo: Alonso Nichols 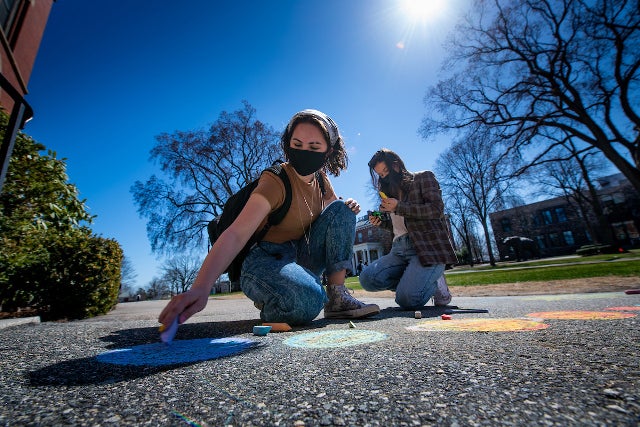 Davis Kurepa-Peers, A24, and Suzune M. Montag, A24, add to a community chalk mural during the spring break staycation activities sponsored by the Tufts University Social Collective on March 27. Photo: Alonso Nichols 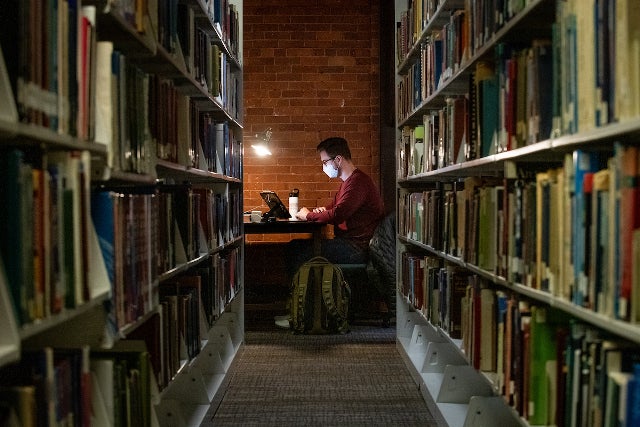 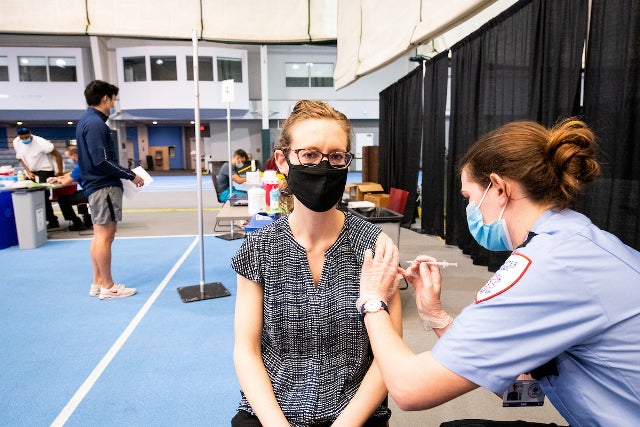 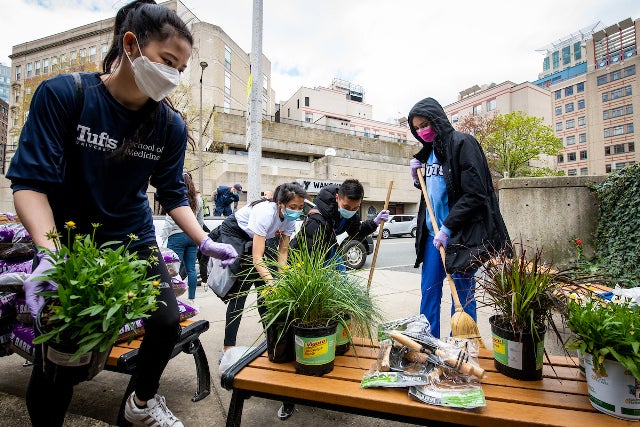 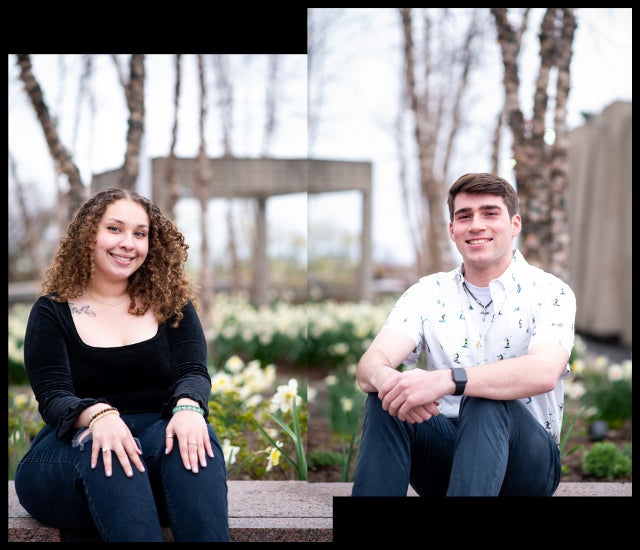 Olivia Talbert, A24, and Ryan Botsaris, A24, on the Tisch Library roof on April 12. The two connected through the Tufts Chaplaincy’s “Be-Friend” initiative. Spring COVID-19 protocols required some creative photographic solutions for group portraits. In this composite image, Olivia and Ryan were photographed unmasked and separately; the portraits are then composited together, the black line in the center serving as a visual cue that these two were not sitting next to one another. In this way, we hoped to create the sense of connectedness while also indicating that our community was abiding by university protocols. Photos: Alonso Nichols 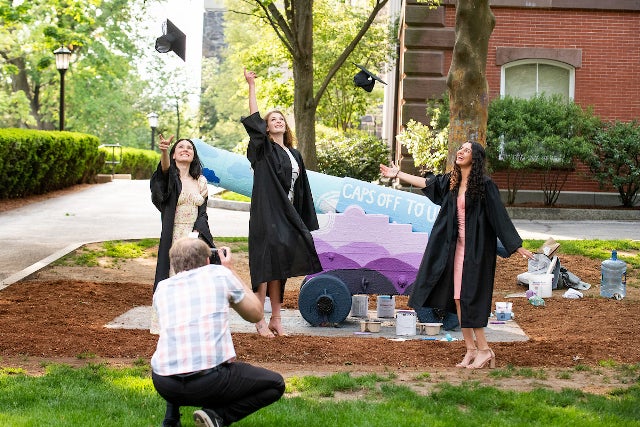 Class of 2021 members Eylul Akman, Annika Witt, and Samar Shaqour poses for a photo on Commencement eve near Bendetson Hall on May 22. Photo: Alonso Nichols 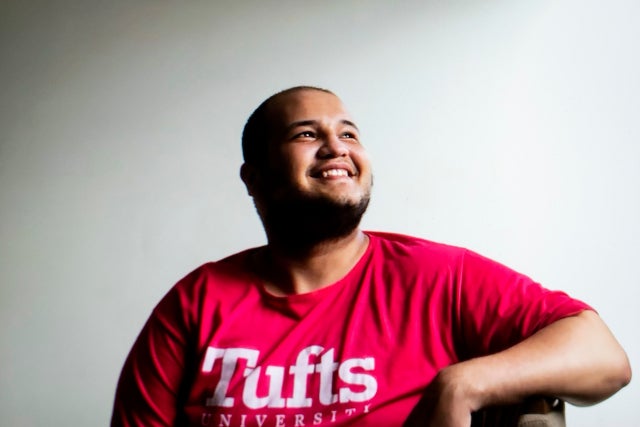 Maycon Cesar de Paula Santos, A22, poses for a FaceTime portrait from his home in Brazil on June 4. How do you photograph a student in Brazil from Medford? I photographed my tablet screen after talking over the set up and lighting so that Maycon and I could create something that we were both happy with. Photo: Alonso Nichols 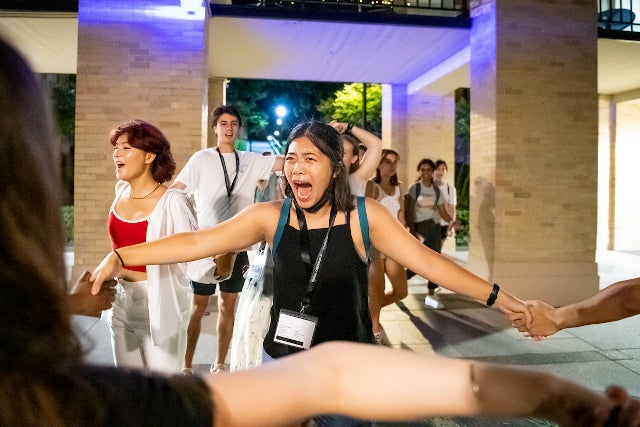 Jasmine “Jazzy” Wu, A25, tries to unravel a human knot during the Amazing Race with Global Orientation during pre-orientation on August 30. Photo: Alonso Nichols 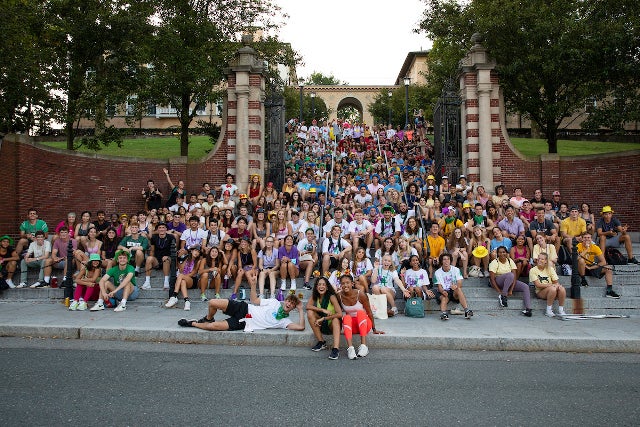 Students pose for a group photo on Memorial Steps before taking part in the Jumbo Amazing Race during FIT pre-orientation on August 31. Photo: Anna Miller 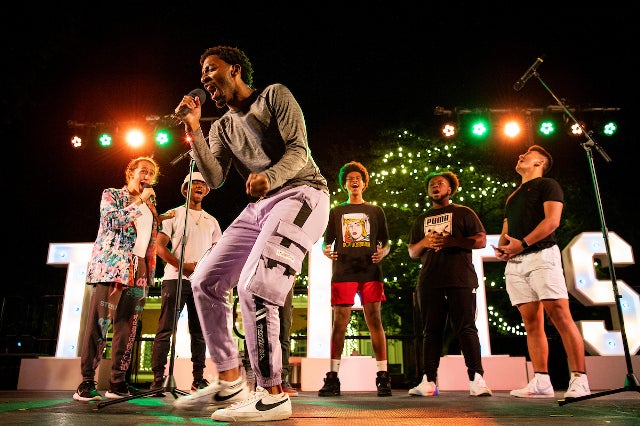 Harrison Clark, A22, performs with Tufts a cappella group S-Factor during the O Show on September 3. Photo: Alonso Nichols 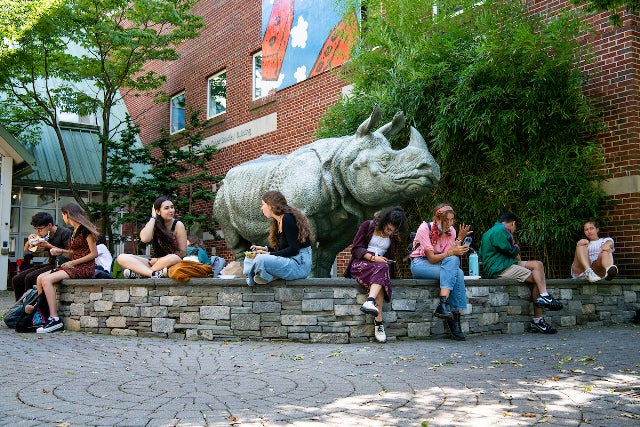 Students eat lunch near Bessie the Rhino in the courtyard of the School of the Museum of Fine Arts at Tufts on the first day of class on September 8. Photo: Alonso Nichols 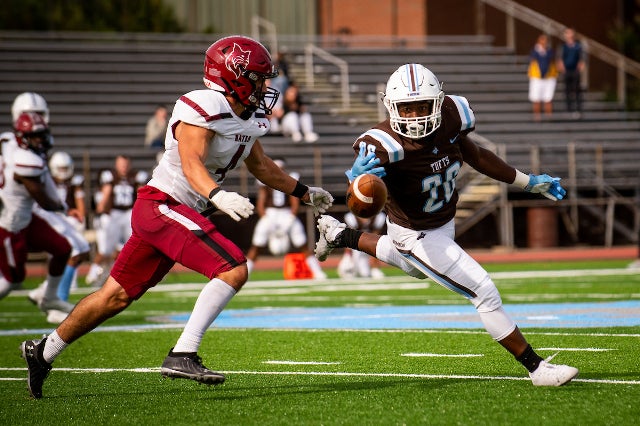 Jumbo running back Tyler Johnson, A23, grabs for a pass in a game against Bates on October 9. Photo: Alonso Nichols 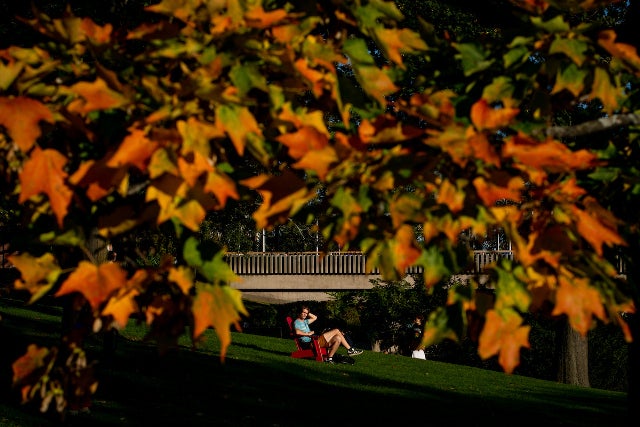 A student sits on an Adirondack chair beneath the fall foliage on October 13. Photo: Alonso Nichols 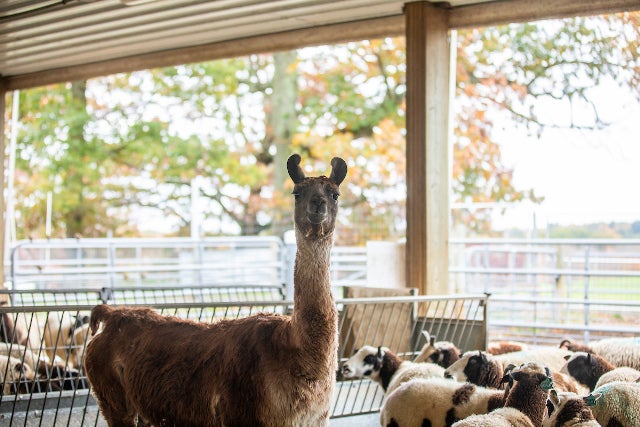 Lucy the Llama in her pen at the Cummings School of Veterinary Medicine, eating along with her sheep companions on October 28. Photo: Jenna Schad 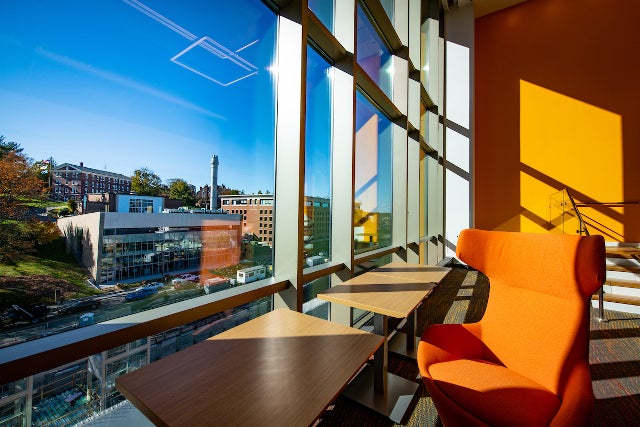 A two-floor high atrium in the new Joyce Cummings Center shows a view of the power plant and The Hill on Boston Avenue on November 5. Photo: Alonso Nichols 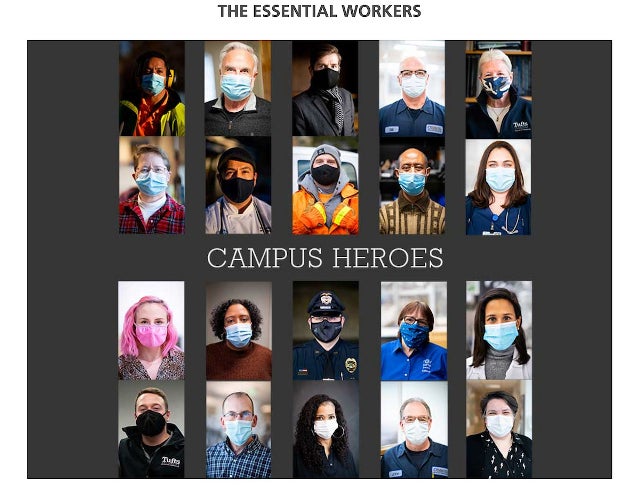 For a feature in Tufts Magazine, we celebrated many of the workers on all of our campuses who made the continuation of on-campus teaching and living possible during 2020. Photos: Alonso Nichols

Alonso Nichols can be reached at alonso.nichols@tufts.edu.