State immigrant policies matter, as seen by a new study of Arizona and New Mexico, and creating a sense of belonging for all residents builds stronger feelings of inclusion

In a new book, Tufts political science professor Deborah Schildkraut tells the story of a naturalized U.S. citizen originally from Ecuador who frequently works in Arizona, but lives in neighboring New Mexico. When he drives across the state line into New Mexico, he says, he feels a palpable sense of relief.

That’s not surprising. He is “well aware of Arizona’s reputation for being hostile toward immigrants and a state where law enforcement officials had been empowered to pull over individuals they suspected of being undocumented,” according to the book, States of Belonging: Immigration Policies, Attitudes, and Inclusion, co-written by Schildkraut, J95.

Schildkraut and her co-authors were interested in learning more about the feeling of belonging for immigrants and also for long-time residents, including people born in the United States, she says. “Our sense when we started the project was that these welcoming policies weren’t getting a lot of attention, either from the media or from academics about what they do to people,” she says.

The researchers wanted to learn how immigration messaging affects Americans—immigrants and non-immigrants. They decided to focus on Arizona and New Mexico. “They are in some ways very similar places, but in other ways, very different,” she says. “One of the ways that they’re very different is their policy climate toward immigration.”

She and her colleagues, two psychologists and a sociologist, started surveying the two states’ residents in 2016, at the end of the Obama administration. They also did a national survey to see if their findings applied outside of Arizona and New Mexico.

Here are some of their findings.

The effects found from living in an unwelcoming climate “were confined to how the people felt about their state. It did not spill over to how they felt about being American or living in the country as a whole.” People in New Mexico were “very clear that they really enjoy the idea of living in a place where all people feel like they belong.” 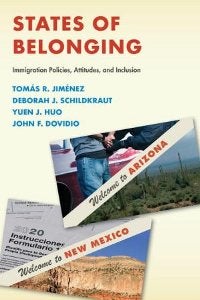 She adds the caveat that the survey was done before the Trump administration came into office, but notes that there was a high level of deportations under the Obama administration, though it also created DACA, the Deferred Action for Childhood Arrivals program.

There is more agreement on immigration than expected. The survey found that there is less difference “across the partisan divide about immigration than you would expect from the way politicians talk about immigration,” she says. “The Democrats and the liberals we interviewed were not all for open borders. They recognize a need for border security. And a lot of the Republicans and conservatives we interviewed are very open to offering a path to citizenship to people that are already here.”

People in New Mexico liked to compare themselves to Arizona favorably. “When talking about the immigration climate, they’ll say, ‘well, we’re not like Arizona,’ while people in Arizona never talked about New Mexico.”

Pro-immigration policies may be better received than expected. “If I were giving advice to an elected official who was interested in advocating for more welcoming policies but afraid constituents will criticize them for it, I would say maybe there’d be some criticism when this first gets passed, but once it’s in place, nobody really seems to notice or talk about it,” says Schildkraut.

The majority of people interviewed favored a welcoming atmosphere for immigrants. 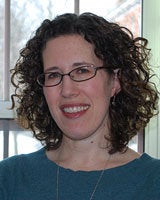 “If you create a welcoming environment, people . . . feel like it’s more a part of their identity,” says Deborah Schildkraut.
Not surprisingly, there was a partisan divide among white non-Hispanic residents about immigration, “but we found that a majority of the respondents in our Arizona-New Mexico survey and the national survey—and the majority of the white people we interviewed—prefer the welcoming environment,” said Schildkraut. “Democrats and independents make up a majority of white people in this country and their sense of belonging is greater in an environment that’s more welcoming to immigrants.”

“If there’s an unwelcoming climate—where policies are generally more hostile to immigrants, and the way elected officials talk about immigration conveys a sense of threat—not surprisingly the people who are the targets of that feel less like they belong, and that they might be criticized for not belonging or not trying to fit in,” she says.

“But if you create a welcoming environment, people are more committed to where they are. They’re more invested, they’re more happy to be there. They feel like it’s more a part of their identity.”