Michael A. Moskowitz received a prestigious prize for his life's work of bringing relief to migraine sufferers

When Michael A. Moskowitz, M68, was a young researcher at MIT in 1975, he published a paper on 10 neurological diseases for which the causes were still unknown. Afterwards, he filed away the folders for all of them but one: migraine.

“There are approximately a billion people on this planet who suffer from migraine,” he says. “It’s the most common neurological disorder, and the highest cause for long-term disability for those under age 50.”

Yet, at the time, researchers had no idea what brought on the debilitating condition, which can affect sufferers with intense headaches, vomiting, and extreme sensitivity to light and sound.

Some thought it had to do with blood vessels dilating in the brain, or with platelets in the blood, or with sex hormones, since migraine affects women three times more often than men. The leading researcher at the time thought it was largely psychosomatic. Moskowitz put the folder in his bottom right-hand drawer, where it would be nearby.

“Every time I opened the drawer, I said, I have to be thinking about this problem,” he says. After two years intensely reading the literature and studying the anatomy of the brain, Moskowitz came up with a completely new theory: that migraine headaches were caused by tiny neuropeptides—small chains of amino acids—that nerve fibers release into the tissue covering the brain, known as meninges, causing inflammation and other harmful effects. 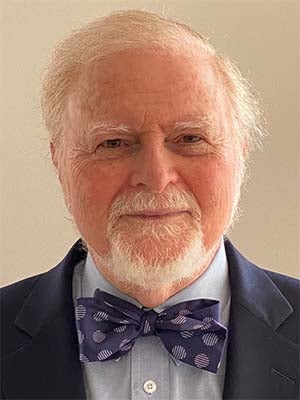 “I went into medicine because I wanted to help people, and this exceeded my wildest imagination,” says Michael A. Moskowitz, M68. Photo: Courtesy of Moskowitz

The seminal 1979 paper he wrote for The Lancet proposing the idea revolutionized migraine research, leading to more than 40 years of breakthroughs in the field.

In recognition of his contribution, last year Moskowitz received The Brain Prize from the Lundbeck Foundation. The crown prince of Denmark presented the award, the largest in the brain research field, to Moskowitz and three other researchers who together have helped develop new neuropeptide-targeting drugs that are finally bringing migraine sufferers relief.

“It comes with great satisfaction to me, both intellectually and personally, that this approach of identifying and targeting these chemicals worked,” he says. “I went into medicine because I wanted to help people, and this exceeded my wildest imagination.”

Growing up in Rockaway, New York, Moskowitz never had any doubt he would go into medicine. His father was a doctor who took him on house calls; when he explained the cases, Moskowitz was endlessly fascinated. “It was an easy decision for me,” he says. “It uncomplicated my life.”

For migraine, that approach meant focusing on the trigeminal nerve, the largest nerve whose fibers sit on the meninges and has been associated with feelings of migraine-like pain. Working with animals, Moskowitz used tracing chemicals to show that transmitters from those nerves could travel into the pain-sensitive meninges, something not previously accepted.

Within a few years, he had identified an 11-amino-acid peptide called substance P that seemed to wreak havoc in those tissues, causing blood vessels to leak and enhancing an inflammatory response. When he blocked release of the peptide with two classes of drugs used in migraine patients called triptans and ergots, he showed he could diminish those effects.

Later, Peter Goadsby of the U.K. and Lars Edvinsson of Sweden located another peptide, called CGRP, in trigeminal fibers that caused an even more powerful response in meninges. Jes Olesen of Denmark tested in clinical trials a drug that could attack CGRP without some of the side effects of the other drugs, and could be introduced as a monoclonal antibody to give long-term relief to many patients who regularly suffer from migraine. All three shared the Lundbeck prize with Moskowitz.

A professor at Harvard Medical School and physician investigator at Massachusetts General Hospital since 1990, Moskowitz went on to focus on an electrical storm of nerve activity that triggers the trigeminal nerve and leads to the release of neuropeptides in the first place.

Doctors have long recognized that many patients experience a “migraine aura” of flashing lights and dizziness before the onset of the migraine pain itself. Moskowitz theorized that this wave of electrical activity called cortical spreading depression could trigger peptide release from pain fibers—which some scientists doubted was even possible in humans.

To investigate, Moskowitz and colleagues worked with a patient volunteer who could bring on a migraine attack through intense physical activity. “He slept over at the YMCA next to the brain imaging center and played basketball until he knew he was going to have a migraine attack, and then he’d come over to our team, who captured what was going on,” says Moskowitz, whose suspicions of the cortical spreading depression were confirmed.

His research also led to the discovery of another drug now being used in treatment that blocks peptide release but doesn’t squeeze blood vessels. Overall, more than 20 new drugs are either in use or under development to target the pathway he discovered and give relief to more migraine sufferers.

In addition to the personal satisfaction Moskowitz gets from the recognition of his life’s work, he says the award is good for the migraine field as a whole. Despite affecting more than a billion people, he says, migraine has almost been neglected as an “orphan disorder” by brain researchers—perhaps because of its reputation as a disease affecting women.

“I can only think of how much more accelerated the pace of knowledge would be if more investigators were studying it,” he says. “This award means a lot for the recognition of migraine as a significant public health problem.”